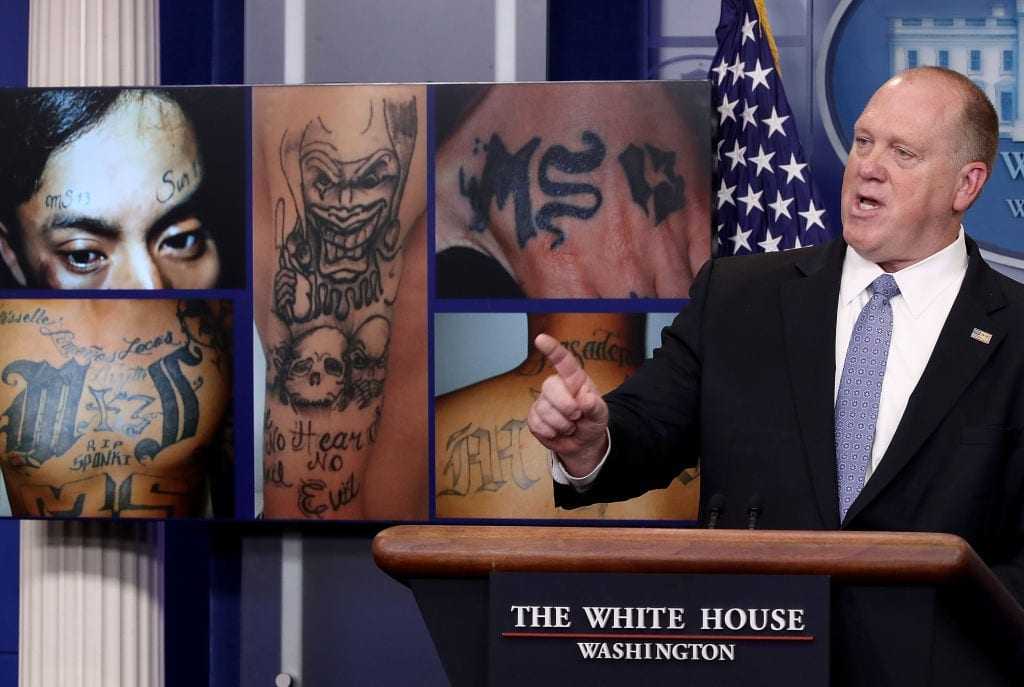 Former acting ICE Director Tom Homan stated that Congresswoman Ocasio-Cortez was ‘dangerous, idiotic’ after she made comments attacking U.S.  Immigration and Customs Enforcement while campaigning with Michael Moore for the Sanders campaign.

This is not the first time that Congresswoman Cortez has demeaned and besmirched the work and character of those who work for ICE; in fact, she seems to be making a habit of it.

She claimed agents were instructing illegal immigrants to drink toilet water, staging a photo op where she looked outraged and was screaming, calling detention centers ‘concentration camps’, she said that ICE is required to fill 34,000 beds a night and has also said illegal immigrants are acting more American than citizens trying to prevent them from coming in. Her willingness to lie and vilify members of ICE is repetitive.

“Organizing is about tipping people off if you start to see that ICE and [U.S. Customs and Border Protection] are in communities, to try to keep people safe. I’m not here to reform some of these systems when we talk about immigration. I’m here because Sen. Sanders has actually committed to breaking up ICE and CBP. That is why I’m here.”

Mr. Homan’s response to these comments was direct and included facts that Congresswoman Cortez is most likely unaware of.

“First of all, it’s an incredibly stupid statement she made, which doesn’t surprise me because she is about as far from smart as anyone could possibly be. But what she said is dangerous — these men and women put their lives on the line every day to arrest criminals off the streets, especially in New York… It’s a dangerous statement. It’s idiotic. And I just can’t believe she can stand up on stage and make a statement like that and not have any repercussions from the House ethics committee…Last year they arrested 27,000 criminals. Think about it for a minute, 2000 of those were for homicide, 12,000 of those were rapes, 45,000 assaults. ICE is keeping the community safe… AOC wouldn’t have the backbone to do the job they do. She doesn’t like what they do? Then change the law, but stop vilifying the men and women of ICE… I buried ICE agents, I buried border patrol agents. Maybe she ought to see what it’s like to try to console a wife or a child of a fallen officer?”

This brutal takedown of Congresswoman Cortez should serve as a reminder that merely repeating a liberal talking point does not make anyone’s opinions actual fact.

Breaking up ICE and CBP would cause a surge in violent crimes to the most vulnerable of all communities. Ironically, Congresswoman Cortez has made a big fuss about Facebook not policing political ads to see if they feature lies when she herself has been lying and slandering the members of CBP and ICE.

Maybe one day, AOC will realize that ICE members deserve to be thanked for their service and sacrifice, rather than be attacked by her politically charged false statements.