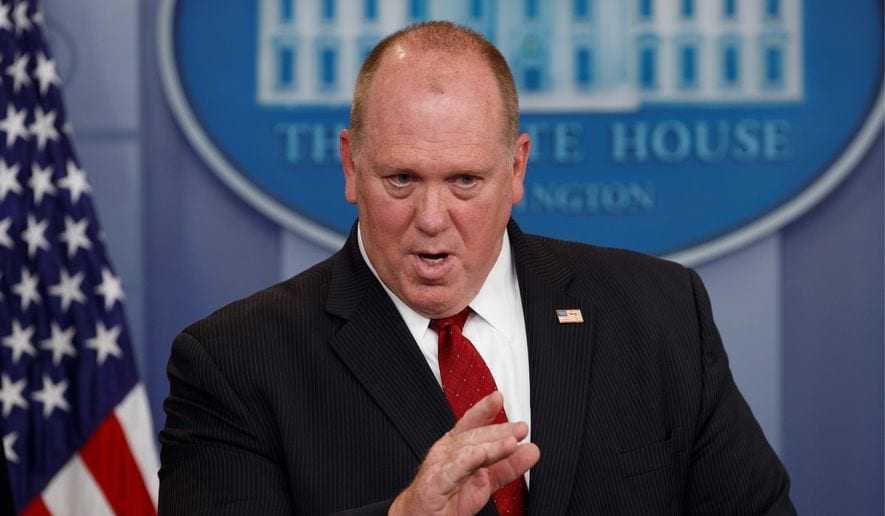 In an interview with Fox News over the weekend, former ICE Director Tom Homan addressed the recent spike in illegal immigration across the southern border, suggesting it was because of President Biden’s open border policies.
“Let’s take a look at recent numbers,” Fox News host Mike Emanuel said. “2021 border encounters, Border Patrol averaged about 3,000 border arrests per day in January 2021, encounters at the border up 114% from the same time a year ago, the highest amount since July 2019. Tom, how do you assess those numbers?”

“I wrote an op-ed for Fox News seven months ago and I said if Joe Biden became president, we would lose the border and it’s happening,” Homan replied. “The surge is already there. Now, you mentioned those numbers, but the truth is, it’s almost 4,000 crossings a day because Border Patrol isn’t adding [the ones who got away]. So there’s a way they count footprints in the sand and vehicle stop. So it’s about 4,000 a day. Now, you times that by a month, that’s 120,000 month, which is 1.4 million a year.”
“And that’s why Title 42 is still in place for single adults. Once [the Remain In Mexico policy] stops adhering to Title 42, the numbers will be astronomical. And we knew this will happen because all the promises Joe Biden has made and he continues to make. And you know, so this isn’t by accident. This is by design. This is an open border strategy. He has bowed to the left, we lose the border.”
Biden previously promised to eliminate immigration restrictions put in place by the Trump administration, including the Remain in Mexico policy, which requires asylum seekers to remain in Mexico while they wait for their U.S. court hearings.
Despite a pandemic, further use of Title 42, which allows immigration officials to deport illegal immigrants that potentially cause health risks to the United States, is also in question. The ACLU has launched multiple lawsuits to stop the use of this policy against families, and the now-defendant Biden administration will have to decide whether to continue the use of the policy.