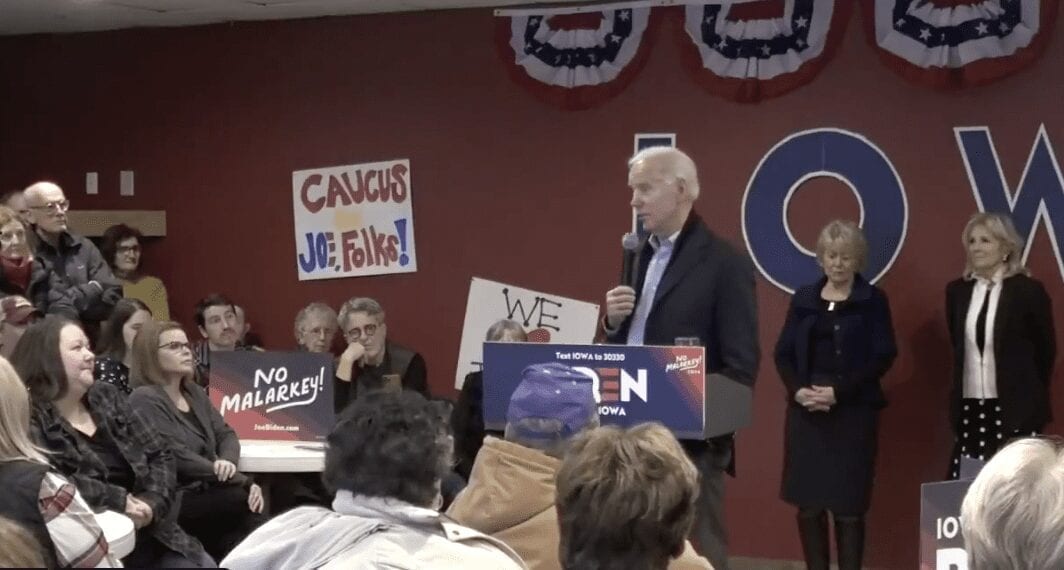 It seems like the Democratic frontrunner, Vice President Biden, cannot go one day without making headlines for all the wrong reasons. Whether it be deciding to nibble on his wife’s finger as she makes a speech, an old video of him talking about how he let children rub his “hairy legs” while he was a lifeguard, or now his obviously false claim that he “spent a lot of time” with Kim Jong Un (whom he never met), Vice President Biden truly is a walking gaffe machine.

“You’re gonna have to assume that position from the moment they are sworn in on January the 20th and know the rest of the world knows that person — in this case, me — and that I know them. Putin has no illusions about whether I know him or not. Kim Jong Un is another person [who knows] whether I know him or not. The same with Xi Jinping. I’ve spent a lot of time with these folks. They know, they know [me].”

Vice President Biden made this statement in Iowa on Saturday, November 30. With the Vice President’s history of plagiarizing, stealing, and confusing stories, this latest instance does not come as a huge surprise.

It is possible that Vice President Biden is taking a page out of Hillary Clinton’s playbook where she famously lied that she dodged sniper fire when visiting Bonsai. Or maybe he is taking a page out of his rival Senator Elizabeth Warren’s playbook where she has lied about being fired for being pregnant, lied that her son went to a public school, and for decades has claimed that she is of Native American heritage.

The countdown to the next Biden gaffe has begun, and everyone knows that it could come at any second.

In this article:Gaffe, Joe Biden