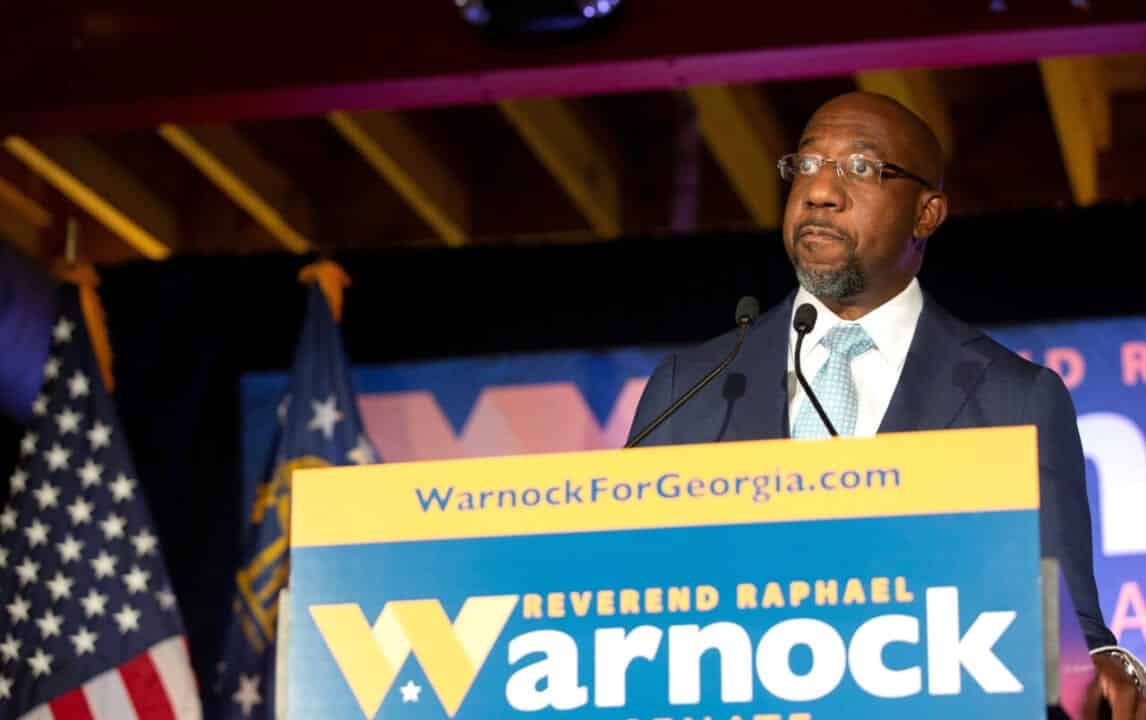 The Georgia State Election Board voted unanimously on Wednesday to move forward with an investigation into Sen. Raphael Warnock (D-GA) and the New Georgia Project based on allegations that the organization delivered voter registration applications after the deadline.

“Representatives of the New Georgia Project hand-delivered 1,268 voter registration applications to the Gwinnett County elections office beyond the time allowed, according to an investigator for Republican Secretary of State Brad Raffensperger.” The Atlanta Journal-Constitution reported. “State election rules require voter registration organizations to submit completed applications within 10 days after they were received from the voter.”

“The State Election Board submitted the case on a 3-0 vote, with the board’s lone Democrat, David Worley, recusing himself.” They continued. “Raffensperger is the chairman of the board but usually doesn’t vote except to break ties.”

The New Georgia Project is a voter registration organization that was founded in 2014 by Democrat Stacey Abrams, who has spent the last three years claiming her failed 2018 candidacy for Governor of Georgia was a result of voter suppression.

This case is one of 35 cases of election-law violations that the State Election Board voted to be referred to the attorney general or local district attorneys for prosecution.

“Election fraud is not tolerated in Georgia. When there is evidence of it, the people responsible face prosecution,” said Raffensperger, chairman of the board. “Georgia has multiple safeguards in place that allow our team of investigators to discover fraudulent voting. They worked to catch the wrongdoing in these cases, and they maintain the security of Georgia elections.”