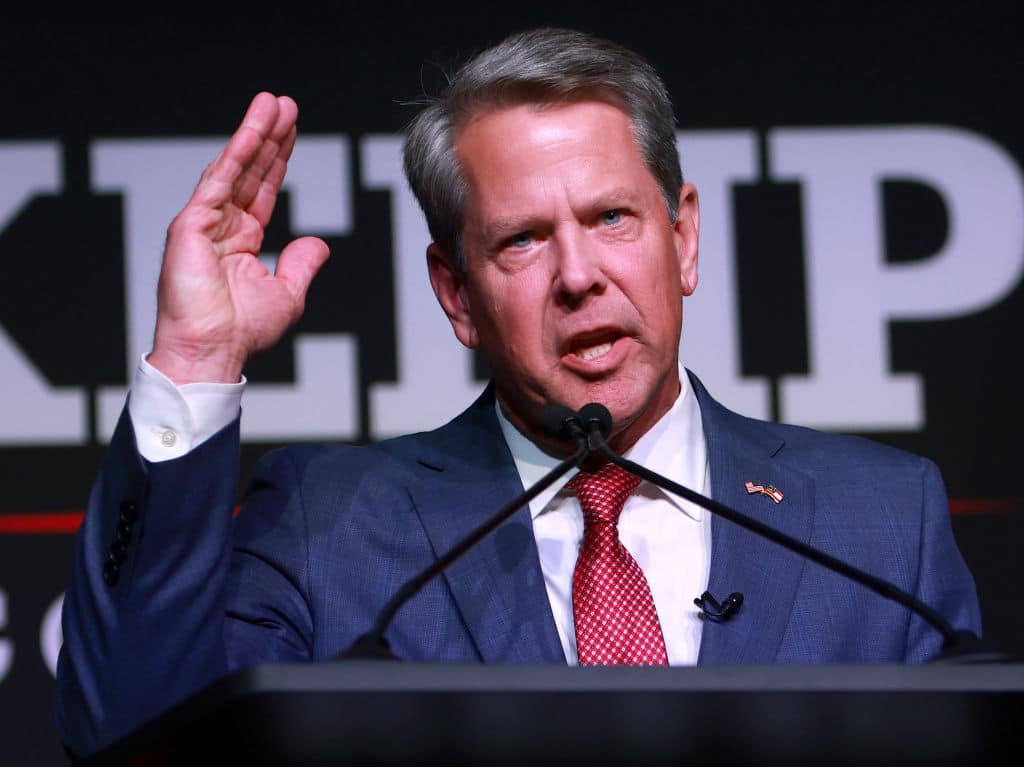 American Liberty News reported that GA Governor Kemp must testify in what is referred to as Georgia’s Trump election probe.

A Georgia judge overseeing the probe into former President Trump’s alleged interference in the 2020 presidential election has rejected a push from Gov. Brian Kemp to block a request that he testify before the grand jury. But, Fulton County Superior Court Judge Robert C.I. McBurney did move to delay the Governor’s testimony until after this year’s election cycle.

As reported by Politico, Judge McBurney stated in his order: “The Governor is in the midst of re-election campaign and this criminal grand jury investigation should not be used by the District Attorney, the Governor’s opponent or the Governor himself to influence the outcome of that election.”

In a separate opinion, McBurney also rejected an effort by a Trump-allied attorney, Kenneth Chesebro, to similarly block a subpoena for his testimony. Chesebro had claimed that his potential testimony would be entirely barred by attorney-client privilege, as well as New York state’s rules around attorney confidentiality. However, McBurney noted that, as with many other witnesses, there are plenty of topics that would not be subject to privilege claims.

Judge McBurney identified topics of inquiry that would not be barred by attorney-client privilege and various rules of attorney confidentiality. The Judge noted among them are: “Mr. Chesebro’s background and experience, his knowledge of both Georgia and federal election law, his communications with Republican Party officials in Georgia following the 2020 general election, his interactions with the individuals in Georgia seeking to prepare slate of ‘alternate’ electors weeks after the final vote count showed former President Trump losing by over 10,000 votes in Georgia, etc.”

McBurney’s order stated additionally:  “Because these are legitimate, relevant, non-protected areas of investigation for the special purpose grand jury, quashal is improper.” McBurney’s three-page order is available at this link.

American Liberty News provided a condensed history of the Trump Election Probe, asserting: “Fulton County District Attorney Fani Willis, a Democrat, started the investigation after a January 2021 phone call between Trump and Georgia Secretary of State Brad Raffensperger in which the former president urged the state’s top elections official to “find” the votes needed to reverse his loss to President Joe Biden.”

Kemp, the current Georgia governor, is facing Democrat Stacey Abrams this fall in what is expected to be a close race. Kemp narrowly defeated Abrams in 2018 but following a series of high-profile losses in 2020, conservatives are worried that Kemp will be unable to fend off the Democrat, especially without Trump’s support.

Other people are within the grasp of Willis’ net. As reported, “On Monday, District Attorney Willis also asked a judge to reject Sen. Lindsey Graham’s (R-S.C.) push to throw out a subpoena calling for his testimony before the special grand jury.”

Sen. Graham was first subpoenaed in early July but has fiercely pushed against testifying, claiming the investigation is nothing more than a political stunt. The South Carolina Senator filed a motion to quash the subpoena which was then rejected by U.S. District Judge Leigh Martin May. However, last week a three-judge panel with the 11th Circuit Court of Appeals temporarily paused the subpoena, pending review. (see related article:Graham Ordered to Testify in Trump Election Probe)

Willis is asking the court to deny Sen. Graham’s request and reject his arguments that he is protected by the Constitution’s Speech or Debate Clause. The Hill reports:

“In this third iteration of Senator Graham’s arguments, just as in the prior two, there is no role for this court other than to serve as a rubber stamp for his own conclusions. Even in a motion purportedly requesting partial quashal, Senator Graham insists that each and every possible topic of grand jury inquiry is forbidden,” Willis wrote in a Monday filing.

In this article:Brian Kemp, featured