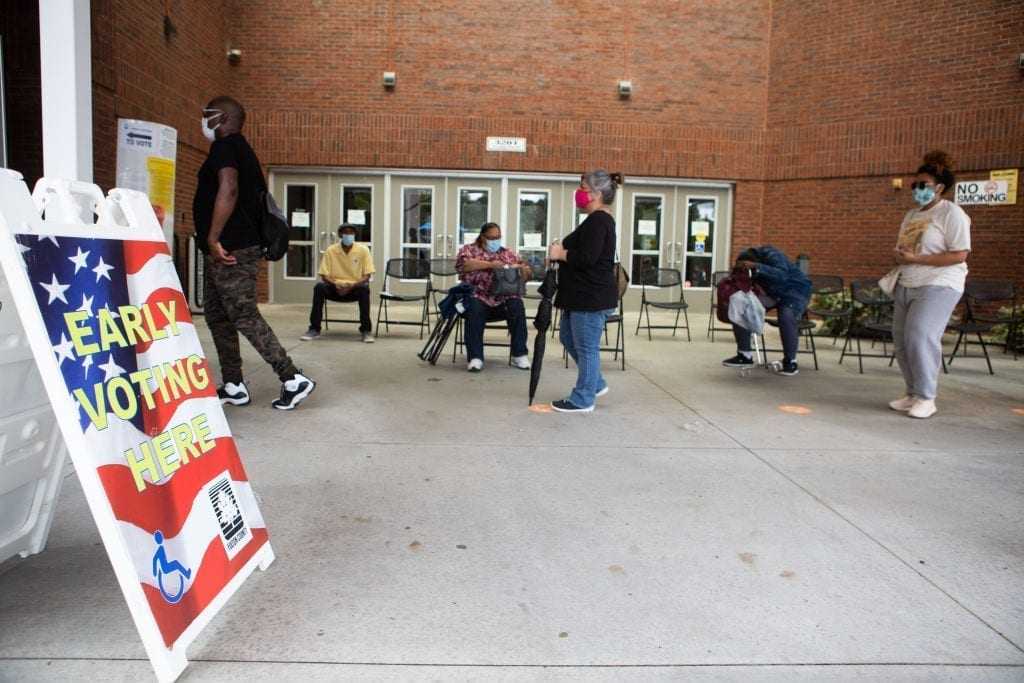 With the election just 21 days away – amidst a global pandemic – voters all over the country have been given the option to vote by mail.

But, voters in Georgia decided to hit the polls in person.

Georgia voters flooded polling places Monday – the first day of early voting in the state – in a record turnout, with 126,876 ballots cast for the November 3 election.

The Secretary of State’s Office announced the record-breaking voting total Monday, adding the previous record was around 90,000 voters, the Wall Street Journal reported.

Some polling locations experienced hours of lines due to high voter turnout and strict social distancing protocols. In Gwinnett County, a large suburban area of Atlanta, polling locations had waits varying from 1.5 to 6 hours, said county spokesman Joe Sorenson, via the Journal.

Other voting locations reported technical difficulties that were eventually resolved, according to the report. One station in Fulton County reported a temporary problem with poll books.

Cobb County Elections and Registration Director Janine Eveler said that despite the county’s preparations for early voting, they were running out of parking spots as early voters packed in, according to the Associated Press, via The Hill

“Georgia is seeing record turnout for early voting because of excitement and enthusiasm,” Walter Jones, spokesman for Georgia Secretary of State Brad Raffensperger, told the Journal. “Long lines are to be expected.”

Early voting runs until October 30 in Georgia, which is also expecting a large among of its population to vote via absentee ballot amidst the pandemic. At the end of September, the state had more than 1.35 million absentee ballot requests compared to 241,519 in 2016.

This explosive number of in-person and by-mail voters comes just 3 weeks ahead of the 2020 presidential election.

In this article:ballot, Election, Georgia, Vote