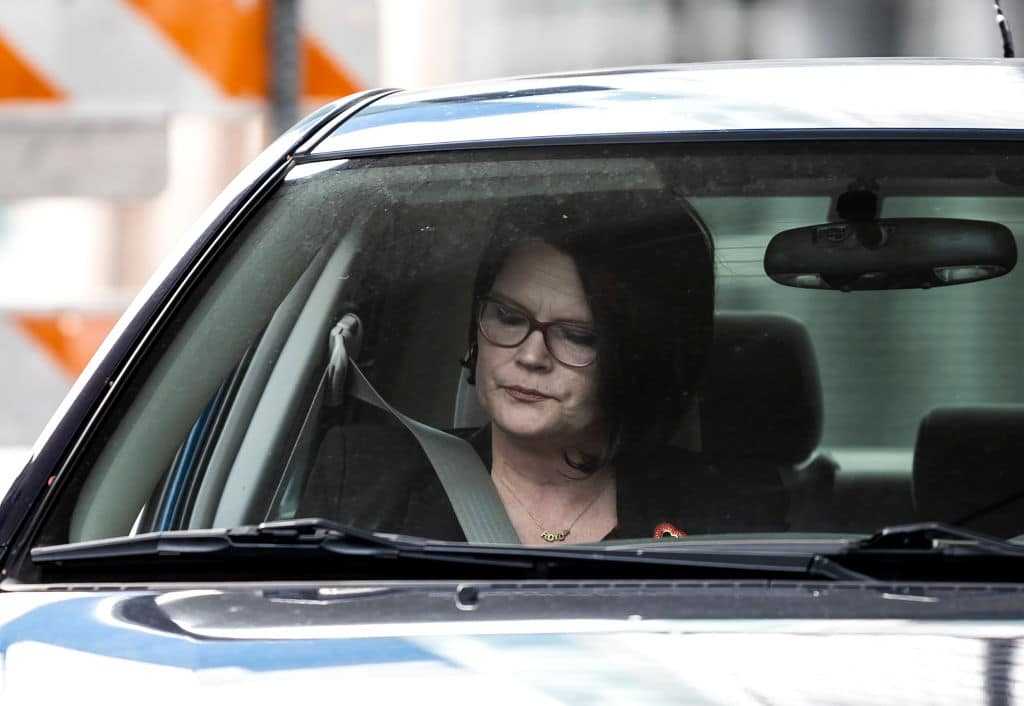 The tragic end to the life of George Floyd was on full display Thursday in the Minneapolis murder and manslaughter trial of former police officer Derek Chauvin.

Jurors watched graphic video and still images as paramedics arrived at the scene of Floyd’s arrest to find him in full cardiac arrest. Their valiant efforts to save his life failed.

By contrast, Chauvin lifted not a finger to render aid. This critical evidence is part of the prosecution’s case designed to show that the defendant exhibited a “depraved indifference to human life.” This is a necessary element of proof under the law in one of the three charges against the accused –third-degree murder.

When he got out of his ambulance, paramedic Seth Bravinder told the jury what he first saw. A man handcuffed behind his back was prone on the ground with officer Chauvin kneeling on the back of his neck. Floyd was neither moving nor breathing. Yet, Chauvin was still on top of him with his knee pressed against the man’s neck. The officer showed no indication that he intended to move despite the fact that Floyd appeared to be dead or dying.

With Chauvin still on top of Floyd, the emergency responders checked his pulse. None was found. There was no discernable respiration. He was unresponsive. He appeared to be in “cardiac arrest,” meaning that his heart had stopped. Bravinder motioned for the defendant to get off the man so that life-saving aid could be rendered. Only then did Chauvin finally relent.

With all of the resuscitation equipment inside Bravinder’s truck, Floyd’s lifeless body was lifted on board. A cardiac monitor showed that his heart had “flatlined,” said Bravinder. He was clinically dead. Frantic efforts to restart his heart and revive him failed. Ventilating him didn’t work. Medications fed through an intravenous tube did not jump-start his heart. It was too late. There was no saving George Floyd.

This dramatic testimony was reinforced by Bravinder’s colleague, Derek Smith, who is also a paramedic. When he arrived at the scene, he confirmed that Floyd was in cardiac arrest. After checking his condition, he told the jury “I thought he was dead.”

The jurors were shown a photograph of Smith using his hand to check Floyd’s carotid artery. Inches away Chauvin’s knee is still compressed on the man’s neck. The paramedic told the jury what he immediately concluded: “In a living person there should be a pulse there. I didn’t find one. In layman’s terms, he was dead. The individual was deceased.” Yet, officer Chauvin would not budge. He continued to pressure his knee on the dead man’s neck.

Smith described how none of the officers at the scene, including Chauvin, were bothering to help Floyd. Even worse, the paramedic had to use his own key to remove the handcuffs that were still affixed to Floyd behind his back. Chauvin offered no assistance.

Again, this kind of utter disregard for the welfare of a distressed or dying victim is intended to prove the third-degree murder charge. Under Minnesota law it is defined as a dangerous or reckless act “evincing depraved indifference to human life” resulting in death.

As they watched the digital recordings and considered the paramedics’ testimony, jurors must have wondered why Chauvin –who was trained in CPR– never dispensed medical assistance when Floyd stopped moving and breathing. Under Minneapolis Police Department regulations, he was duty-bound to do so. It’s in his policy manual. While officers are trained to use force to control certain suspects, they are also trained to render medical aid when that force produces a serious health emergency. At the very least, Chauvin had a moral responsibility to help.

Why didn’t the officer check his pulse? Did he not recognize the obvious –that Floyd was on the verge of death or already dead? How could he not realize it? After all, he was on top of Floyd. Did he not feel or notice that the man’s chest was no longer expanding and contracting? Why did Chauvin continue to keep his knee compressed on the neck of a man who showed no sign of respiration or life? Didn’t any perceived threat that Floyd might have once posed vanish during the three full minutes when he was unconscious, motionless, and no longer breathing?

The testimony of now-retired Minneapolis police Sgt. David Pleoger on Thursday was crucial in helping to answer these questions. On duty when Floyd died, Ploeger told the jury that once a suspect is on the ground and “controlled and no longer resisting” a police officer must stop using a neck compression to ensure safety. Clearly, Chauvin failed to follow this procedure. This constitutes powerful testimonial evidence that the defendant’s actions were an unjustified and excessive use of force. In other words, compressing Floyd’s neck for more than 9 long minutes was unreasonable, unacceptable, and unlawful.

To gain a conviction, prosecutors must also convince the jury that Chauvin caused Floyd’s death. This is the most difficult part of the case because the defense is contending that Floyd died of a drug overdose complicated by a pre-existing heart condition.

Much will depend on the forthcoming testimony of the medical examiner who performed the autopsy. In his report, Dr. Andrew Baker agreed with the paramedics that the “cause of death” was cardiac arrest. He also concluded that the “manner of death” was homicide. This means that, in his judgment, it was an unlawful killing of one person by another. While his opinion is certainly relevant, it is not dispositive. The jury makes the ultimate decision.

In reaching that decision, the jury has much to consider. There is no disputing that Floyd was alive during much of his encounter with Chauvin. But he died while officer Chauvin had his knee on Floyd’s neck for 9 minutes and 29 seconds. If there had been no interaction between the two men, would Floyd have survived that day? If the answer is yes, then jurors will likely conclude that Chauvin substantially caused Floyd’s death. And that is enough to convict.

Under Minnesota’s law of causation, the prosecution need not show that Chauvin was the “sole” cause of death; only that his actions were a “substantial factor.” In arriving at a verdict, jurors may resort the old “but for test” that people often use to solve causation dilemmas. That is, but for the actions of the defendant, would the victim be alive today? If the answer is yes, then a reasonable argument can be made that it was a substantial factor.

As complicated as all of this may sound, it is human nature to simplify. So, in the jury room during deliberations it may come down to a very basic question: Did officer Derick Chauvin literally squeeze the life out of George Floyd?