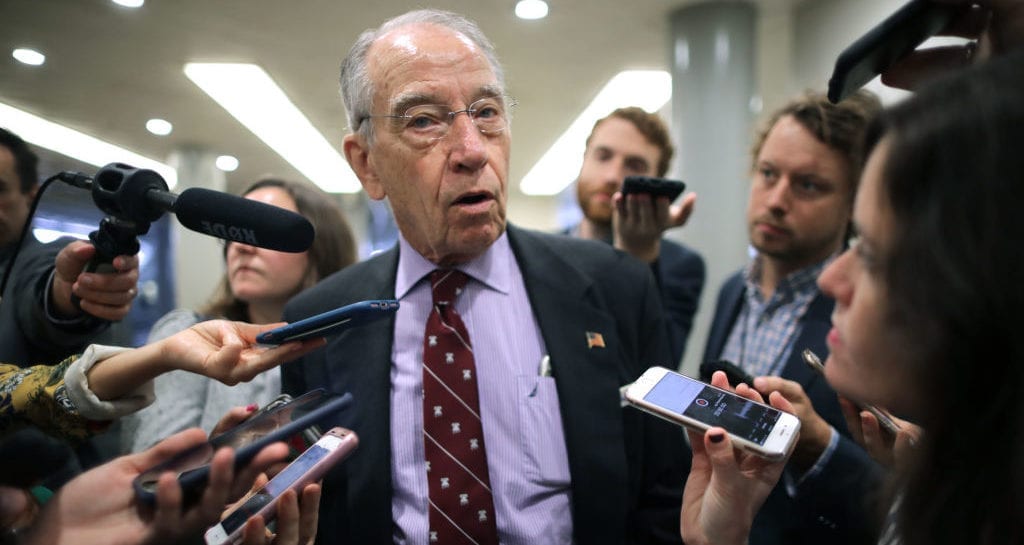 The Washington Free Beacon is reporting that Senator Chuck Grassley “received a classified briefing about [Hunter Biden’s] foreign investment deal on Friday.” Hunter was able to land a major investment deal that was backed by the Chinese government after he and his father, Vice President Biden, made an official visit to China by flying there on Air Force Two.

Hunter has claimed that he has not made a cent from his business deals in China, and states that he did not do anything illegal or unethical.

The briefing, according to the Free Beacon, centered around BHR and a Chinese aviation company buying an American automotive company. The company named Henniges Automotive produces material that has military purposes. Due to this, members of the Treasury Department, Commerce Department, and the Office of the Director of National Intelligence were all present at the classified briefing.

The Biden campaign did not return the Washington Free Beacon’s request for comment.

We will have to wait to see if this probe is looking into conflicts of interest in relation to the Biden family, or if it centered around some type of military used material produced by the acquired company.