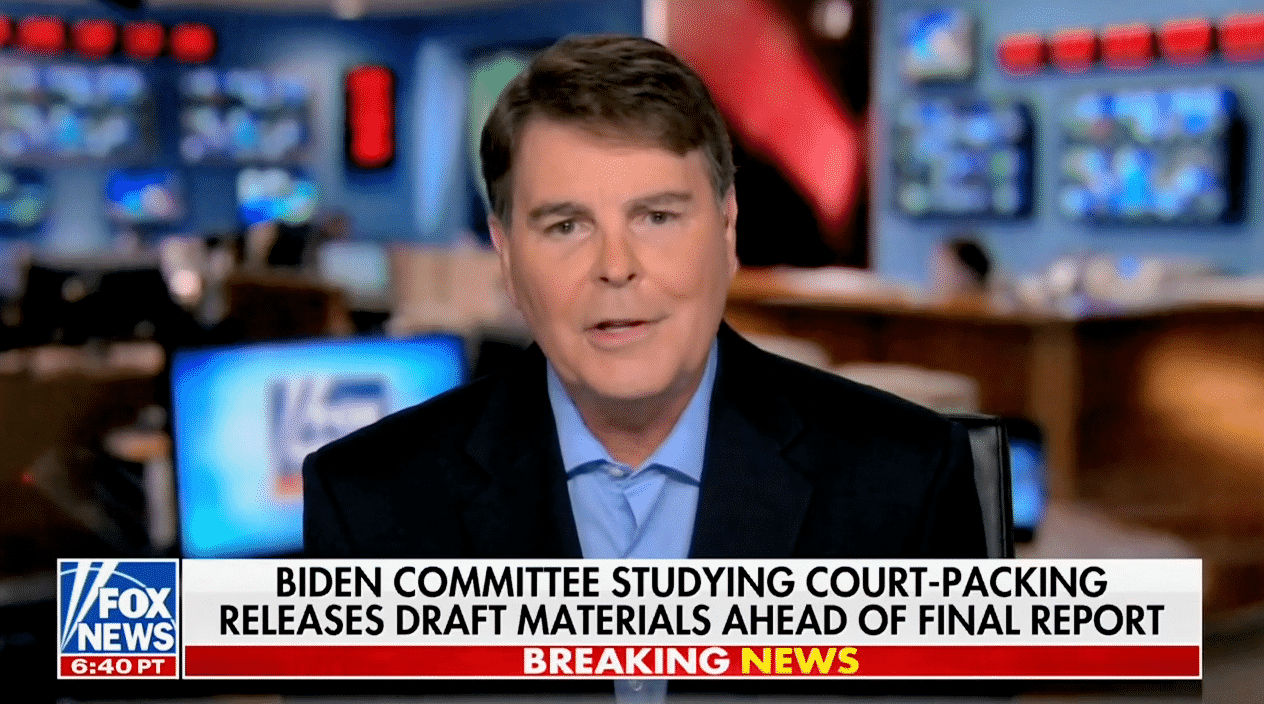 “Packing the Supreme Court” is a noxious idea and even Biden knows it.  He famously (and correctly) denounced it as “boneheaded” and a “terrible, terrible idea.”   But during the campaign, he didn’t have the courage to stand by his convictions…because he feared it would alienate the liberals in his party that he’s been sucking up to.  So, he pandered to the idea (and then dodged) and then appointed a commission to study it…hoping to buy time and shift responsibility elsewhere.  It’s the antithesis of leadership, but classic Joe  Biden.  He’s the Charlie Brown of presidents –notoriously wishy-washy and a model of self-contradiction.

Franklin Roosevelt tried to pack the high court but failed.  And Biden is no FDR –not by a long shot.  But as a practical matter, it won’t happen.  Not a chance.  You’d need a constitutional amendment to impose a term limit…and that won’t happen.  And Democrats would have to blow up the filibuster in order to add justices to the court…and that won’t happen.  But more importantly, it’s politically toxic.  Polls consistently show that Americans are vehemently opposed to tampering with the Supreme Court.  The backlash at the ballot box next year (and beyond) would be enormous.

The Commission itself is a joke.  It pretends to be bipartisan, but it’s not.  It’s stacked with people left of center or outright liberals.  Harvard Law Professor Laurence Tribe is on it.  He’s become so unhinged that he called Donald Trump a “terrorist.”  So, you get a sense of just how senseless this commission really is.  And besides, presidential commissions never alter public opinion.

So, this thing is dead in the water.  As it should be.

In this article:Joe Biden, SCOTUS