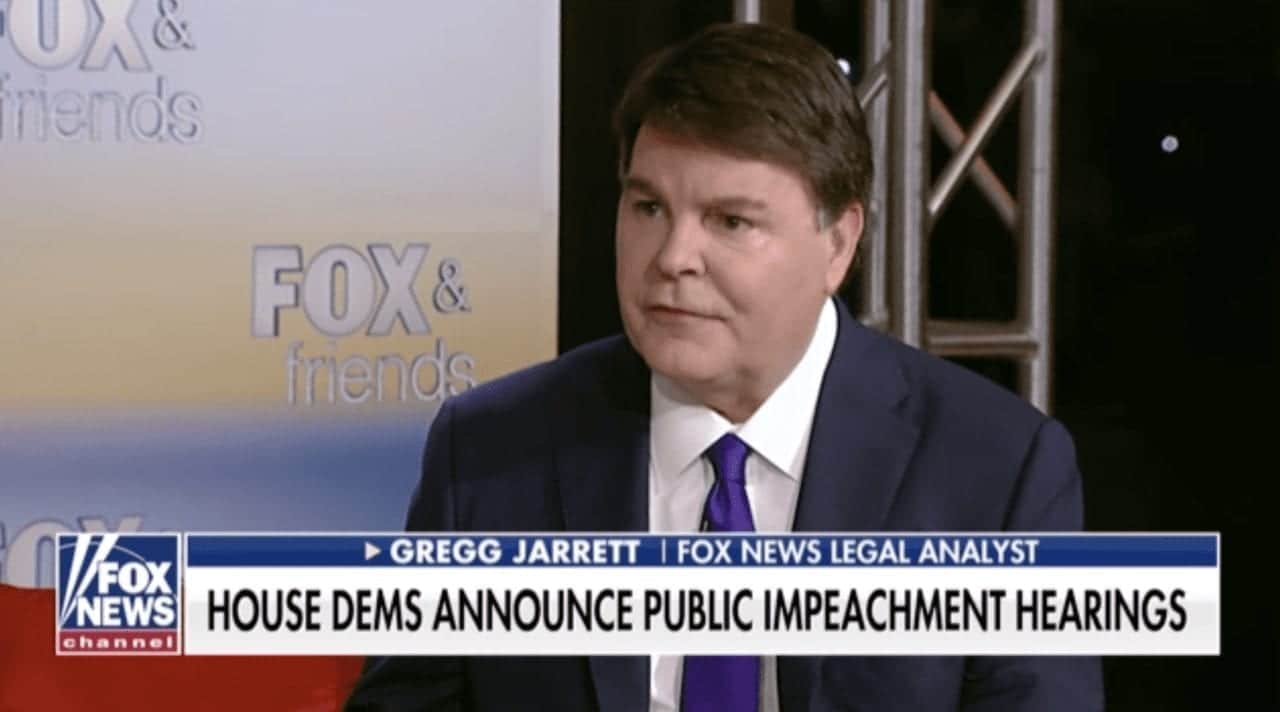 During his appearance on Fox and Friends, Gregg Jarrett discussed the revelations that the “whistleblower’s” attorney was tweeting about a coup against President Trump in January of 2017. “Whistleblower” attorney, Mark Zaid, also stated, “I predict @CNN will play a key role in @realDonaldTrump not finishing out his full term as president.” Gregg points out that this information, in addition to the fact that Zaid was the attorney who Rep. Schiff’s committee recommended to the whistleblower, shows that this is a witch hunt to try to impeach President Trump.

“All of the witnesses who will be called have already testified secretly. They are all opinion witnesses offering their interpretations of the conversation they weren’t privy to. They are all diplomats and diplomats are notorious gossipers. So, for example, Steve mentioned bill Taylor is one of the first witnesses. Taylor said oh, it was my understanding there was a quid pro quo. Did you get that from the president? No. A guy told a guy who told a guy who told me. If that were in a court of law a judge would say to the jurors disregard the testimony, strike it from the record. It’s irrelevant.”

With all of this new information, it is even more apparent that the “whistleblower” is not entitled to anonymity, and they are merely an informant acting as a Democrat operative.