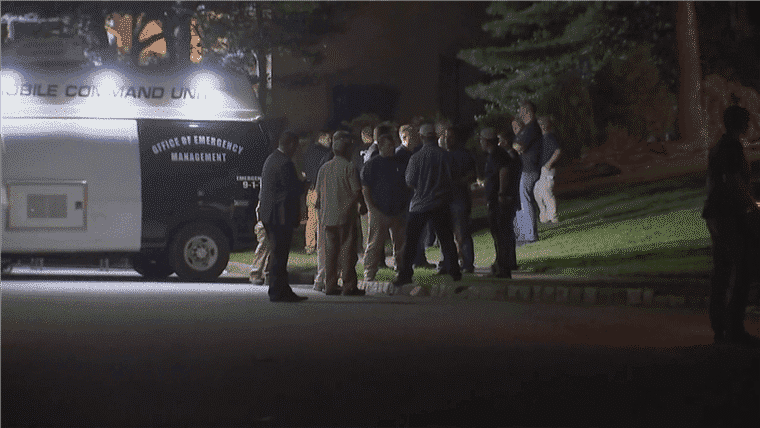 [otw_shortcode_dropcap label=”U” font=”Ultra” background_color_class=”otw-no-background” size=”large” border_color_class=”otw-no-border-color”][/otw_shortcode_dropcap].S. District Court Judge Esther Salas of New Jersey survived a horrendous attack Sunday which killed her 20-year-old son after he was shot through the heart and left her husband in critical condition. The gunman approached her North Brunswick, New Jersey home dressed as a FedEx driver, and opened fire. Miraculously, Salas herself was reportedly unharmed in the attack.

The official Twitter account of Newark, New Jersey’s FBI tweeted: “The FBI is investigating a shooting that occurred at the home of Judge Ester Salas in North Brunswick Township, New Jersey earlier this evening, July 19. We’re looking for one subject & ask that anyone who thinks they may have relevant information call us at 1-973-792-3001.”

It is unclear if Salas was the target of the attack, who has received threats previously. Four days before the shooting, Salas “was assigned to the ongoing lawsuit brought by Deutsche Bank investors who claim the company made false and misleading statements about its anti-money laundering policies. The suit also alleged the bank failed to properly monitor ‘high-risk’ customers, including convicted sex offender Jeffrey Epstein” reported Newsweek.

Salas has presided over high-profile cases such as a 2013 fraud trial of The Real Housewives of New Jersey stars Joe and Teresa Giudice. Salas’ husband, Mark Anderl, is also a notable criminal defense attorney and former assistant Essex County prosecutor. Anderl is currently in critical but stable condition after undergoing surgery.

A New Brunswick Police dispatcher told NPR they could confirm an ongoing investigation, but could not confirm any details. Salas is the first Latina to serve as a federal district judge in New Jersey and was nominated by former President Barack Obama in 2010 reported NPR.