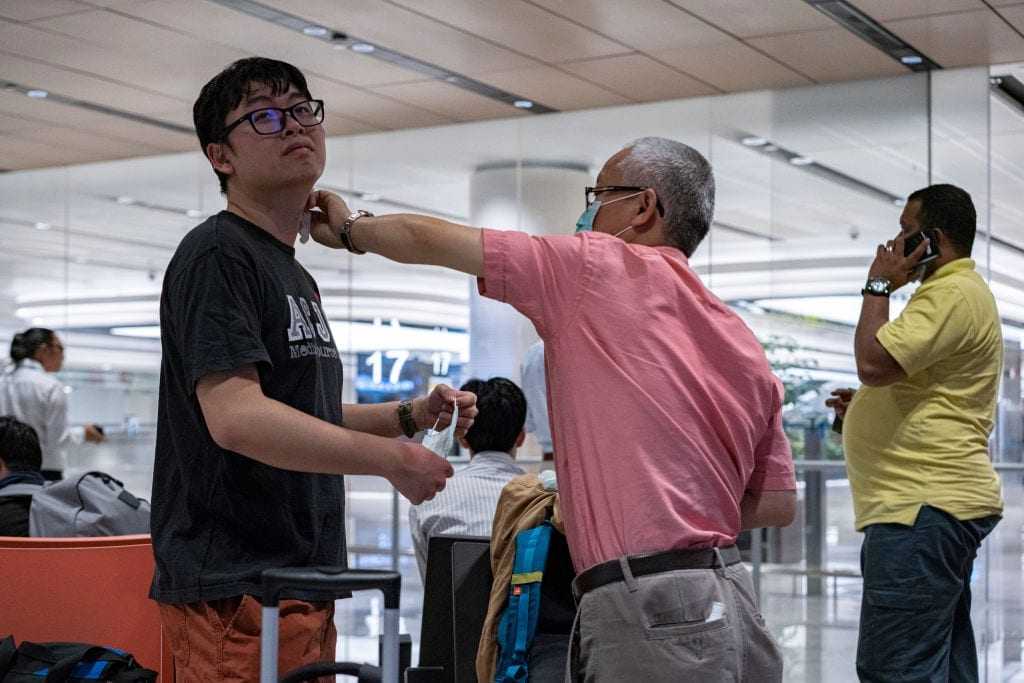 [otw_shortcode_dropcap label=”A” font=”Ultra” color_class=”otw-red-text” background_color_class=”otw-no-background” size=”large” border_color_class=”otw-no-border-color”][/otw_shortcode_dropcap]merica. A land so free, liberals and Democrats have a protected Constitutional right to make abundant claims that they are oppressed. They have the freedom to demand everyone wear masks, stay home, don’t congregate in groups and don’t vote. With that same freedom, they also get to congregate in groups of thousands protesting the very country which gives them the right to contradict themselves.

They also get to be appalled that President Trump suggests people vote safely, following CDC guidelines. At the same time, the very people who chastise Trump’s efforts to maintain the integrity of voting, get to have a large funeral for Representative John Lewis, and politicize the event to criticize Trump who wants to keep them safe…in a room packed with people.

During the era of COVID-19, liberals are taking extra advantage of those unalienable rights. Not only do citizens of Singapore not have the same fortune, neither do any travelers of the country. Reuters reports “Singapore will make some incoming travelers wear an electronic monitoring device to ensure that they comply with coronavirus quarantines as the city-state gradually reopens its borders, authorities said on Monday.”

Could you imagine the upheaval and deadly riots that would result if Trump even uttered such a suggestion? Beginning August 11, “devices will be given to incoming travelers, including citizens and residents, from a select group of countries who will be allowed to isolate at home rather than at a state-appointed facility.”

Singapore is not alone. “Similar measures using electronic wristbands to track peoples’ movements during quarantine have been used in Hong Kong and South Korea” reported Reuters. Those with the tracking devices are required to activate the device which uses GPS and Bluetooth signals “upon reaching their home and will receive notifications on the device which they must acknowledge.”

Authorities will be alerted by any attempt to leave the home or tampering with the device. In the United States, these same devices are used by criminals to keep them from committing additional crimes. Progressive democrats believe even that treatment is too harsh for criminals and would rather save criminals from humiliation than protect our streets.

Under Singapore’s Infectious Diseases Act, “punishments can be fines of up to S$10,000 ($7,272) or imprisonment of up to six months, or both. It has also revoked the work passes of foreigners who flouted the rules” according to Reuters. Residents will also be given a “virus-tracing dongle” they must wear.