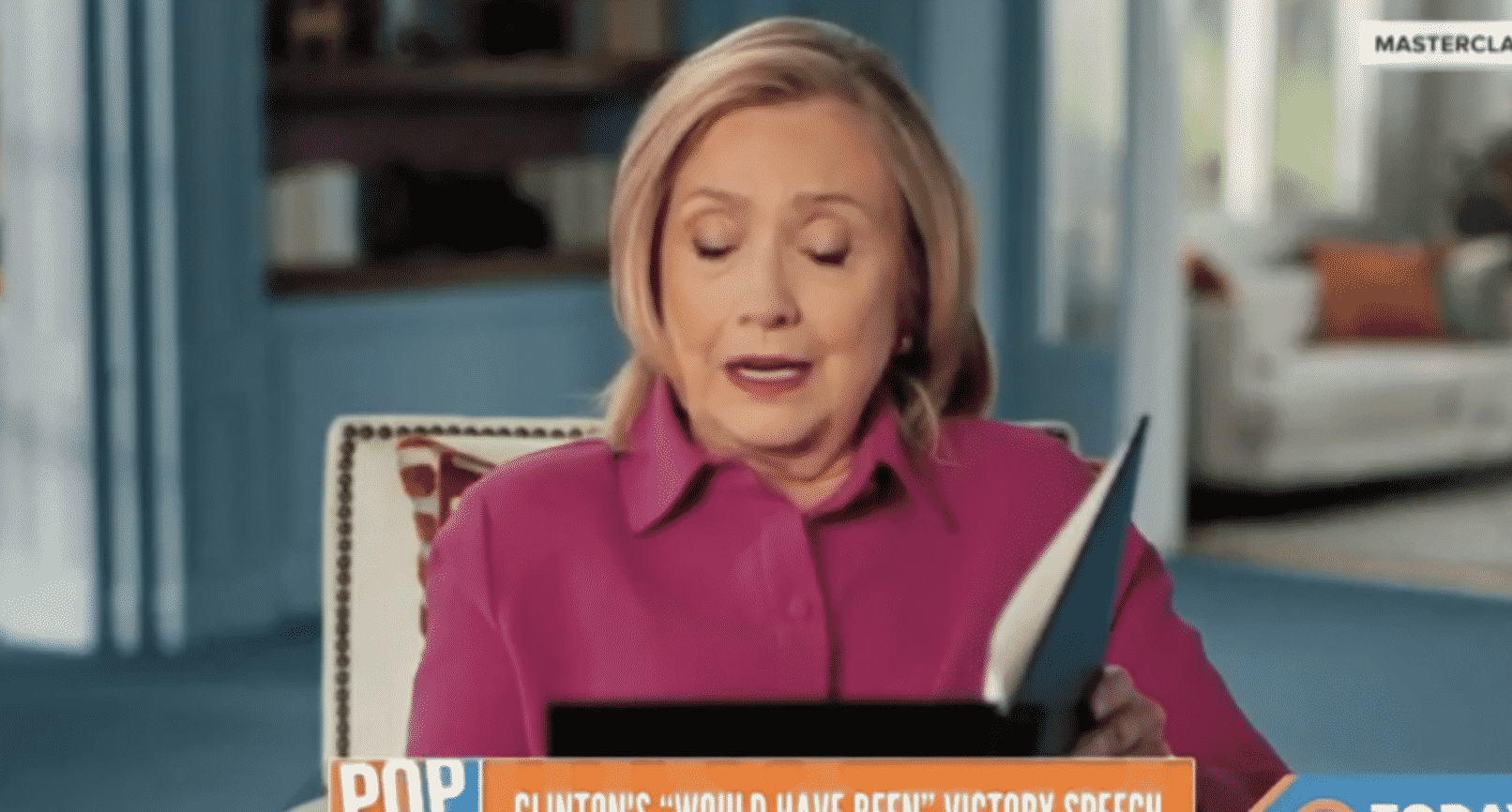 Want to know what Hillary Clinton would have said if she won the 2016 Presidential election? Yeah, neither do we. Nonetheless, she has gifted us the option to watch her read the victory speech that was prepared for her. She admitted she never even bothered to have a concession speech at the ready.

As Daily Mail UK reports, Hillary has “proved she has not gotten over her loss as she shared the speech with NBC’s new masterclass streaming platform, which features lessons from ‘luminaries from all walks of life.”

Clinton began, “in this lesson, I’m going to face one of my most public defeats head-on by sharing with you the speech I had hoped to deliver if I had won the 2016 election.” She continued, “I’ve never shared this with anybody. I’ve never read this out loud. But it helps to encapsulate who I am, what I believe in, and what my hopes were for the kind of country that I want for my grandchildren, and that I want for the world, that I believe in, that is America at its best.”

At one point during her reading she begins sobbing. The would’ve been speech began, “My fellow Americans, today you sent a message to the whole world. Our values endure. Our democracy stands strong. And our motto remains: e pluribus unum. One of many, one.”

“We will not be defined only by our differences” she continued. “We will not be an us versus them country. The American dream is big enough for everyone. Through a long, hard campaign, we were challenged to choose between two very different visions for America.”

Ultimately she got down to the America she believes would have come from her nomination: “An America where women are respected and immigrants are welcomed. Where veterans are honored, parents are supported, and workers are paid fairly. An America where we believe in science, where we look beyond people’s disabilities and see their possibilities, where marriage is a right and discrimination is wrong. No matter who you are, what you look like, where you come from, or who you love.”

The Daily Mail article reminds us that Clinton told NBC’s Willie Geist “I didn’t, as you know, write a concession speech…even though we had a lot of bumps these last 10 days I thought we could pull it out” referencing why she never delivered a concession speech.  “Clinton expressed disappointment when she finally addressed the loss to a crowd of supporters from a New York City hotel.”

When she finally did speak, she said, “I know how disappointed you feel, because I feel it too. And so do tens of millions of Americans who invested their hopes and dreams in this effort. This is painful, and it will be for a long time. But I want you to remember this…our campaign was never about one person, or even one election. It was about the country we love and building an America that is hopeful, inclusive, and big-hearted. We have seen that our nation is more deeply divided than we thought.”