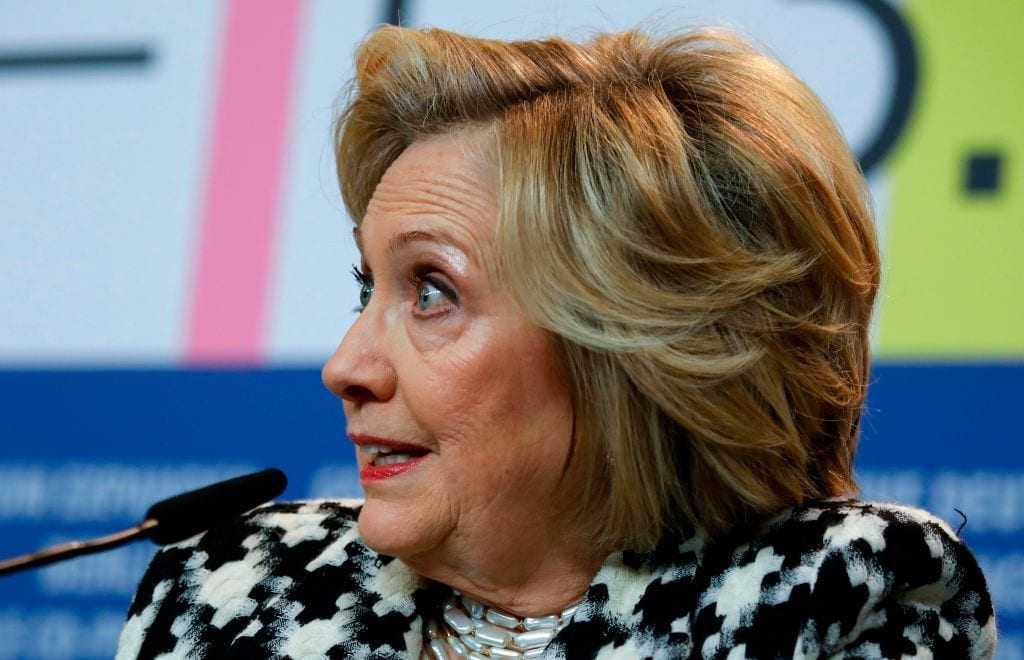 Clinton and her lawyers have spent months inventing one excuse after another for why she shouldn’t have to answer questions in a deposition about her unauthorized and unsecured computer system. She used a clandestine server to handle all of her electronic communications as secretary of state, including the transfer and dissemination of thousands of classified and top-secret documents.

There is no doubt that Clinton’s unprotected email apparatus jeopardized America’s national security. The State Department eventually divulged that there had been, at minimum, thirty separate security breaches. Chinese intelligence reportedly gained access to her server housing classified documents. Did the Russians penetrate the same system? You can bet on it.

Thus, Clinton almost certainly committed a myriad of felonies under the Espionage Act and other criminal statutes. Instead of pastel pantsuits, Clinton should be wearing an orange jumpsuit. But the Obama administration protected her, allowing former FBI Director James Comey to clear her by twisting the facts and contorting the law.

To his great credit, U.S. District Court Judge Royce Lamberth is refusing to let that be the last word. On Monday, he ordered Clinton to sit for a sworn deposition to answer questions about her email server in a years-old lawsuit brought by the conservative watchdog group Judicial Watch. Her former chief of staff, Cheryl Mills, will also be deposed.

Judge Lamberth is wise to the artistry of Clinton’s evasion techniques. He called her prior responses to written questions “incomplete, unhelpful, or cursory at best.” The veteran jurist has witnessed the former secretary of state in action. He knows she is a master of prevarication.

Throughout the course of her email scandal, Clinton attempted to cover up what she had done by peddling a successive serious of arrant deceptions. At first, she claimed, “I did not email any classified material to anyone on my email. There is no classified material.”

That, too, proved to be untrue. Many of the emails had been marked classified. Even Comey called that statement untrue.

So, what did Clinton do next? She shamelessly altered her story yet again by proclaiming that she had not realized that the parenthetical “C” meant classified material at the confidential level when it appeared on documents. As preposterous as that sounded, she was effectively arguing her own incompetence. Besides, the markings were irrelevant under the law, since the content – not the markings – made them classified.

Finally, Clinton abandoned all of those excuses and resorted to the blanket assertion that “Everything I did was permitted by law and regulation.” It was not.

By establishing a system of secret communications, Clinton left thousands of classified government records vulnerable to theft through hacking by our nation’s enemies. That is precisely what the law forbids. There is evidence that she broke other laws, including obstruction of justice statutes, by destroying more than 30,000 documents subject to a duly authorized subpoena issued by Congress, as well as orders for the preservation of documents.

If anyone else had done that, he or she would have been prosecuted for crimes committed.  But not Clinton. Nor any of her associates.

Five people close to Clinton were given immunity agreements in exchange for nothing of any value. They were all given a free pass, including Cheryl Mills. When Judge Lamberth later learned of it, he offered this scathing critique:

“I was actually dumbfounded when I found out, in reading the I-G report, that Cheryl Mills had been given immunity because… I had myself found that Mills had committed perjury and lied under oath in a published opinion I had issued in a Judicial Watch case where I found her unworthy of belief, and I was quite shocked to find out she had been given immunity by the Justice Department.”

Why were no charges brought against Mills or any of the Clinton aides who appear to have committed crimes? When asked that question by Congress, Comey chalked it up to failed recollections that should be forgiven. This is quite remarkable inasmuch as no one ever extended such benefit of the doubt or forgiveness to a Trump associate. Just ask General Michael Flynn or George Papadopoulos or Roger Stone.

Two of the five immunized fact witnesses in the Clinton case were even allowed to accompany her during her remarkably brief July 2, 2016 interview with the FBI. That was not only irregular but highly improper, unethical and probably illegal.

Clinton’s interview with the bureau was nothing more than a charade. It lasted all of three and a half hours, during which time the former secretary of state replied, “I do not recall” or “I don’t remember” some thirty-nine times. She was not placed under oath and was cleared by Comey three days later, solidifying the sham. The notorious agent Peter Strzok, later fired by the FBI, participated in the softball questioning.

There will be no softballs lobbed at Clinton when she is deposed by lawyers for Judicial Watch. But if past is prologue, she will be a shifty and amnesic witness. Beyond remembering her name and date of birth, Clinton will feign total memory loss akin to acute dementia.

Sadly, it may all be a waste of time.

Editor’s Note: Some of the above column is adapted from Gregg Jarrett’s recent book, “Witch Hunt: The Story of the Greatest Mass Delusion in American Political History.”

In this article:Email, Hillary Clinton, news2