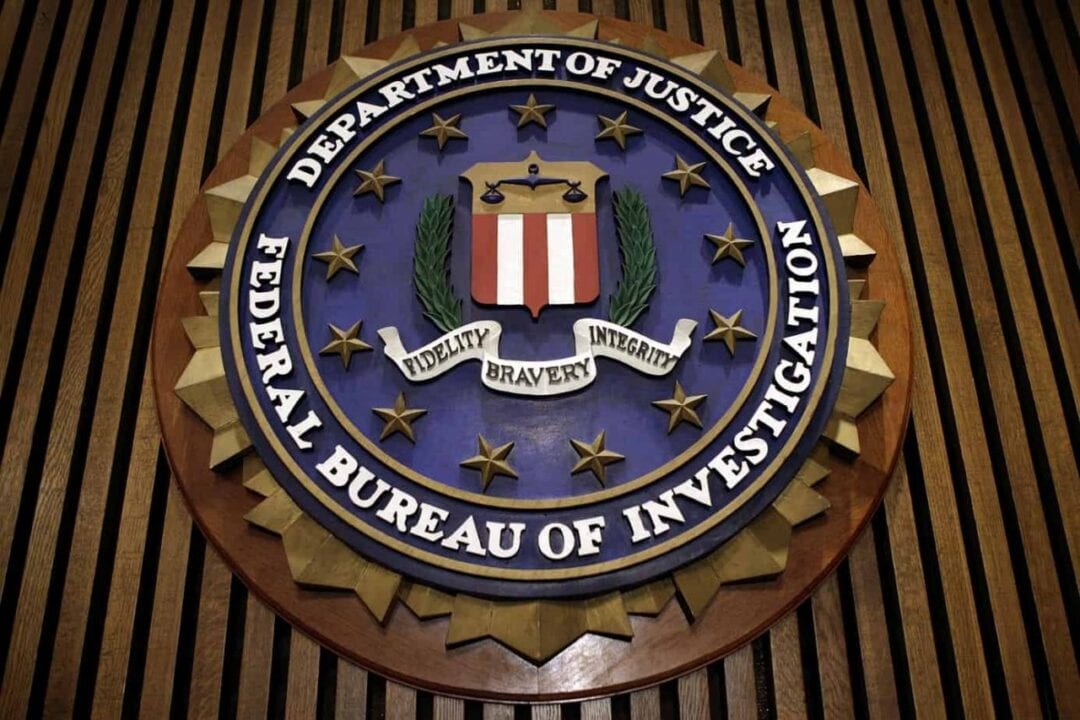 On Friday, House Republicans on the Judiciary Committee released a 1,000-page report detailing how the FBIand Justice Department have abandoned their “commitment to political neutrality.”

“The Federal Bureau of Investigation, under the stewardship of Director Christopher Wray and Attorney General Merrick Garland, is broken,” the GOP report states. “The problem lies not with the majority of front-line agents who serve our country, but with the FBI’s politicized bureaucracy.”

The report, which relies heavily on whistleblower accounts, “is set to serve as a roadmap for the oversight investigation into the politicization of federal law enforcement that Republicans will undertake should they reclaim a House majority in next week’s midterm elections. The probe will be led by Representative Jim Jordan (R., Ohio), who is expected to become chairman of the Judiciary Committee if Republicans take the House.”

Specifically, the report “details alleged FBI misconduct under President Biden and in the years leading up to his presidency. Prior to Biden, the bureau abused the FISA process to ensnare first the Trump campaign and then the Trump administration in an investigation into alleged Russian collusion that was based primarily on what agents knew to be partisan opposition research paid for by the Clinton campaign” writes National Review.

“Once Biden took office, the report alleges, the Department of Justice under Attorney General Merrick Garland began wielding the FBI to harass political enemies, including the wave of parents who protested school closures and radical curricula changes during school-board meetings over the 2020-2021 school year. The FBI also allegedly purged the agency of ‘conservative employees,’ per the report.”

The report also brings up that the FBI has “turned a blind eye” to escalating violence targeting pregnancy centers in the wake of the overturning of Roe v. Wade.
The FBI has also failed to stop and or protect “Supreme Court justices, public officials, healthcare providers, and clergy,” who have received threats, the report argues.

The bureau’s handling of alleged wrongdoing by Hunter Biden and the broader Biden family “is especially striking,” the draftees allege, given “how the FBI leadership has aggressively used law-enforcement authorities against conservatives.” Despite the well-founded allegations that Hunter spent his father’s vice presidency engaging in foreign pay-for-play schemes, the bureau has effectively “stonewalled” the committee’s attempts to investigate the alleged wrongdoing, the report states.
Indeed, Facebook’s censorship of the coverage surrounding Hunter Biden’s laptop was influenced by the FBI, the report alleges. Facebook founder Mark Zuckerberg told popular podcaster Joe Rogan in August that the tech platform decided to suppress the New York Post report detailing the nefarious contents of Hunter’s laptop after the FBI warned executives to be aware of potential Russian influence campaigns.

“Basically the background here is the FBI, I think basically came to us—some folks on our team—and was like, ‘Hey, just so you know, you should be on high alert. We thought that there was a lot of Russian propaganda in the 2016 election. We have it on notice that basically there’s about to be some kind of dump that’s similar to that. So just be vigilant,’” Zuckerberg said during the conversation.

Zuckerberg’s revelation reinforced for many Republican committee members that the FBI has been collaborating with Big Tech companies to “censor conservative viewpoints.” Zuckerberg’s statements were seen as direct proof that the agency had shaped some of the social-media platform’s “content-moderation decisions in the weeks preceding the 2020 presidential elections.”