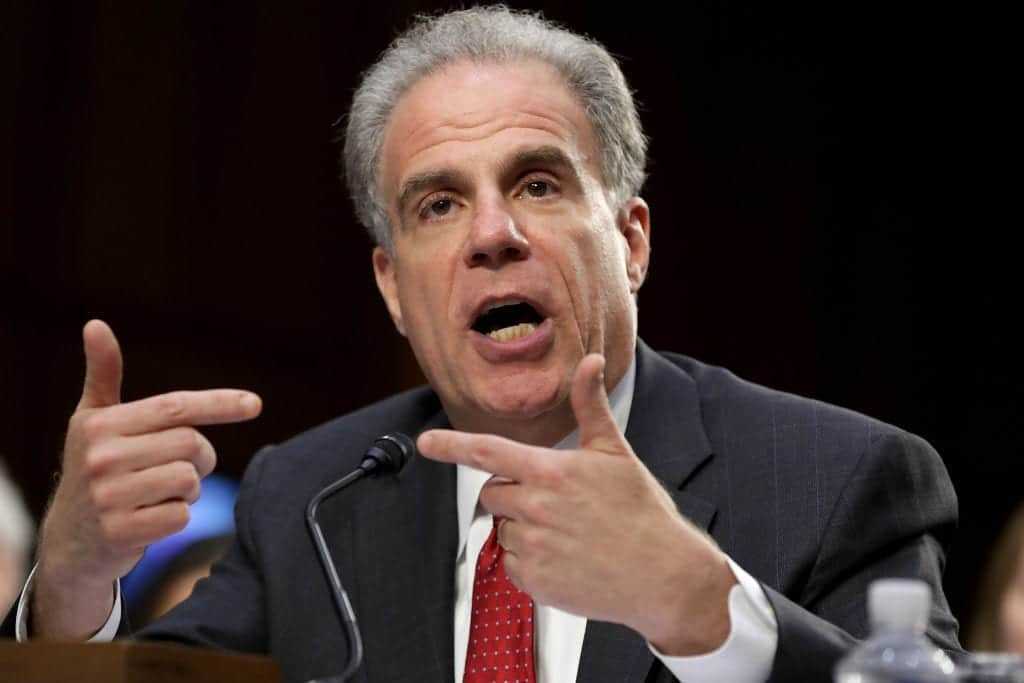 When the FBI discovered that the anti-Trump Steele dossier was garbage, the bureau concealed that vital evidence.

Instead of promptly terminating its surveillance of Donald Trump’s former campaign adviser Carter Page, the FBI persisted in its quest to prove a Trump-Russia “collusion” conspiracy that officials knew was unsupported by credible evidence.

This was the most significant result of Wednesday’s Senate Judiciary Committee questioning of Michael Horowitz, the inspector general (IG) at the Department of Justice, in the aftermath of his damning 476-page report on the FBI investigation of the Trump campaign that was released this week.

The dossier, which was funded by the Hillary Clinton campaign and the Democratic National Committee (DNC), was assembled by maladroit ex-British spy Christopher Steele. His collection of memos was, according to the IG, “central and essential” to the FBI’s application to the court hearing cases under the Foreign Intelligence Surveillance Act (FISA) to surveil Page through four successive warrants.

Horowitz found 17 “significant inaccuracies and omissions” made by fired FBI Director James Comey’s team to the FISA judges. However, there is more to the story. If you turn to “Appendix 1” on pages 418 to 423 of the IG report, there were a total of 51 false representations made to the court. That is a breathtaking number.

It is not remotely plausible to dismiss this appalling conduct as sloppy or careless work. It cannot be minimized (or trivialized) as just a case of “performance failures,” as Horowitz would have us believe. No, the sheer volume and magnitude of this shameful misconduct leaves little doubt that it was willful and deliberate.

The lies perpetrated on the FISA Court constituted premeditated fraud. It is evidence of unremitting malice. Comey was at the helm of it all and signed off on three of the four warrants to spy. He now claims “vindication.” This is a delusion. Comey has cemented his legacy of disgrace.

Senate Judiciary Committee Chairman Lindsey Graham, R-S.C., focused like a laser Wednesday on the most egregious of the FBI’s deceptions identified on pages 187 to 188 of the IG report. It described how, in early 2017, the FBI belatedly interviewed the person who secretly fed Steele much of the dossier’s contents.

The still-unidentified “primary sub-source” later repudiated the information, telling the FBI that “Steele misstated or exaggerated” what the sub-source had told him.

For example, it turns out that Steele’s incendiary accusation of Trump’s alleged sexual activities in a Moscow hotel was nothing more than unconfirmed “rumor and speculation.” The sub-source said they were comments “made in jest.” Some joke.

As for Steele’s ludicrous claim that Page was offered what amounted to an $11 billion bribe – yes, $11 billion – by a Russian energy conglomerate in exchange for the lifting of sanctions during a Trump presidency, the sub-source provided text messages to the FBI that proved it was completely untrue.

The sub-source insisted that he “never expected Steele to put the statements in his reports or present them as facts.” Indeed, he said he specifically warned Steele there was no proof whatsoever because “it was just talk.”

The sub-source further explained that he was passing along “word of mouth and hearsay” and “conversations that he had with friends over beers.” It was described as “multiple layers of hearsay upon hearsay.”

After Trump was elected, both the FBI and Steele were desperate to verify anything in the dossier because the bureau had falsely sworn to the FISA Court in October 2016 that its application information was already verified.

The IG report details how Steele pleaded with his sub-source to “find corroboration.” The person tried, but “could find none … zero.”

In other words, Steele’s dossier that was so “central and essential” to the FBI’s surveillance warrant was rubbish that should have been fed into the nearest shredder.

Armed with this evidence that the dossier was phony, the FBI was duty-bound to rush immediately to the FISA Court to alert it of all the fabrications. Comey and his confederates did not do so.

Instead, the bureau purposefully covered it up, continued its surveillance of Page, and pursued even more renewals of the warrants that were signed by Comey, Deputy FBI Director Andrew McCabe and Deputy Attorney General Rod Rosenstein.

“If you don’t have a legal foundation to surveil somebody and you keep doing it, is that bad?” Sen. Graham asked Horowitz.

Beyond Steele’s fictitious document, the FBI hid from the FISA Court exculpatory evidence that Page was not a Russian spy, which is how the initial warrant application boldly described him.

Official: Durham’s reaction to IG report means ‘he’s got the goods on somebody’

According to the IG, a top FBI attorney (identified by Graham during the hearing as Kevin Clinesmith) doctored an email that falsely portrayed Page as a Russian spy when, in fact, the original email confirmed that he had worked for a U.S. intelligence agency. Page had also helped to prosecute an espionage case against Russian agents.

Comey knew this before the first warrant was ever sought. As I explained in my book “Witch Hunt: The Story of the Greatest Mass Delusion in American Political History,” Page had sent a letter to the director in September 2016 advising that he had assisted the FBI and CIA for many years, acting as a valuable source.

Instead of responding to Page or having the bureau interview him, Comey prepared and executed a warrant application to have him wiretapped and to secretly access all of his electronic communications going forward and backward.

Much like FBI Counterintelligence Agent Peter Strzok and his paramour FBI lawyer Lisa Page, Clinesmith was an anti-Trump activist who once texted “Viva la Resistance!” and was fired from the team of Special Counsel Robert Mueller. Horowitz has recently referred Clinesmith to the Justice Department for potential criminal prosecution.

It is impossible to view the actions of those who lied to the FISA Court as not driven by a virulent bias against Trump. It is true that the IG investigation “did not find documentary or testimonial evidence” of bias. But in his testimony Wednesday, Horowitz conceded that he could not rule it out.

Graham was more candid. “They had bias that reeked,” he said.

Common sense tells us that bias animated both the warrants to spy on Carter Page and the FBI’s dilating investigation of Donald Trump. If you harbor any doubt, take a few moments to read through the multitude of ugly and profane text messages exchanged between Strzok and his lover. You’ll be reminded of how the very people who were investigating Trump were disparaging him with profanity-laced invective.

Horowitz rebuked Comey’s “vindication” claim when the IG said: “The activities we found here don’t vindicate anybody who touched this.”

Sen. Mike Lee, R-Utah, ridiculed Comey’s other assertion in a Washington Post op-ed that “the FBI fulfilled its mission.”

Lee responded: “I don’t understand that. I find it absolutely stunning that he would reach that conclusion. This is nonsense.” Lee correctly observed that Comey’s FBI had weaponized the FISA process.

Sen. Ted Cruz, R-Texas, told Horowitz that his findings “should be deeply chilling to anyone.” He is right.

And so was Attorney General William Barr, who remarked on Tuesday that he found the conduct of the FBI “appalling” because the bureau committed “gross abuses and inexplicable behavior that is intolerable in the FBI.”

Apparently, Comey tolerates abuse of power and dysfunction quite well.

If Americans have lost faith in the FBI, their sad disillusionment is justified. They can at least take solace in knowing that people like Comey, McCabe, Strzok and other malefactors at the FBI have been banished from the bureau they diminished.