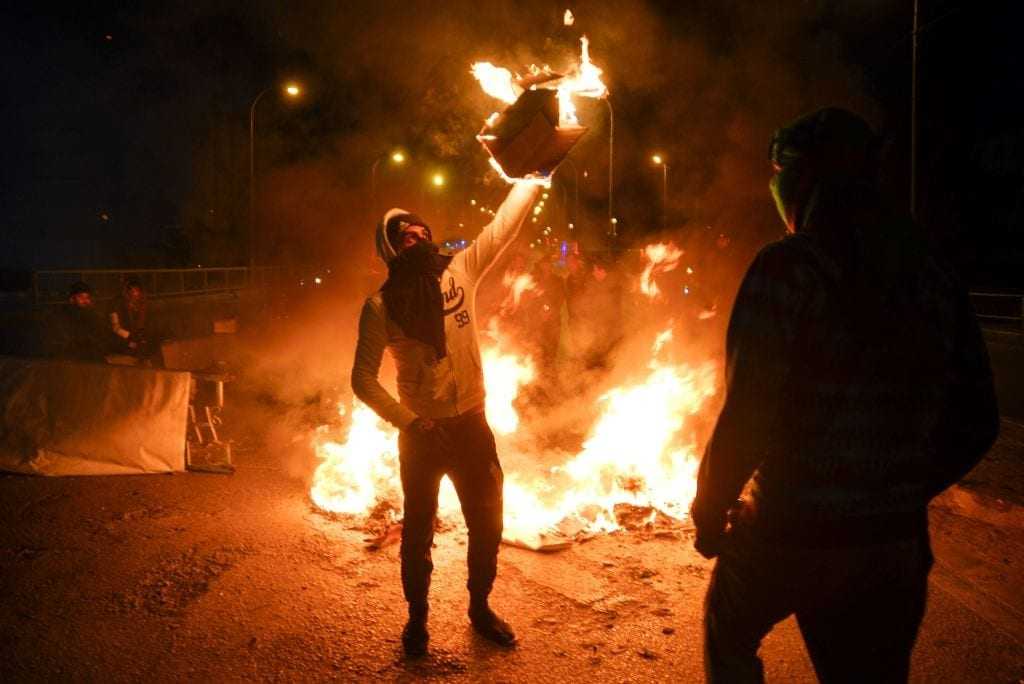 President Trump ordered an airstrike that killed the notorious Iranian terrorist, Qassem Soleimani, who murdered hundreds of Americans. The President was constitutionally empowered to do so.

Democrats, of course, reflexively whined that Trump abused his powers. House Speaker Nancy Pelosi’s predictable, Pavlovian response was to complain that the president acted without authorization from Congress. He did, indeed, because he needs no such authorization.

Article II of the Constitution vests “executive power” in the president of the United States. As commander in chief of our armed forces, the president is granted broad and substantive authority to deploy military forces overseas to ensure U.S. national security and protect American lives. This is implicit within the vesting clause of the Constitution.

On the president’s orders and without congressional permission, our military can engage hostile forces for these purposes. Exigent circumstances often demand immediate action. The delay caused by protracted congressional approval is both unworkable and dangerous.

Express consent from Congress is required only “to declare war.” This is derived from Article I of the Constitution – which, unlike presidential powers, confines legislative powers to those “herein granted.” It serves as the basic framework that has enabled all past presidents to act unilaterally and swiftly when serious threats arise, but where a formal declaration of war is not merited.

Trump’s action was entirely consistent with decisions made by his predecessors. Presidents have a fundamental duty to act quickly in the face of foreign aggression that jeopardizes both lives and U.S. national security interests.

Soleimani “got what he richly deserved, and all those American soldiers who died by his hand also got what they deserved – justice.”

Until his hand was forced, Trump showed remarkable restraint. He did not retaliate with military action months ago when Iran shot down a U.S. drone or attacked oil tankers in the Gulf of Oman or fired rockets into an installation housing American military personnel. One can argue that his forbearance only emboldened Iran’s belligerence.

The equation changed when Soleimani directed his terrorist militias to lay siege to the U.S. embassy in Baghdad, threatening American lives. This was preceded by a militia attack on a military base that wounded U.S. troops and killed an American contractor – again, orchestrated by the terror leader.

Soleimani, who was there in Baghdad commanding these terror operations, was poised to murder more.

According to Secretary of State Mike Pompeo, Trump’s decision to take out the terror leader disrupted another “imminent attack” and “saved American lives.”

Soleimani “was actively developing plans to attack American diplomats and service members in Iraq,” the Pentagon revealed. The risk of doing nothing was enormous, Pompeo added.

Ordering a military attack without congressional permission is not without considerable historical precedent. President Ronald Reagan launched air strikes against Libya in 1986, as did President Barack Obama in 2011. President Bill Clinton undertook a bombing campaign in Yugoslavia in 1999.

In each of these actions, the War Powers Act of 1973 was disregarded or otherwise violated. Meant as a congressional check on the president’s military authority by imposing some restrictions, its constitutionality remains unresolved and it has never been consistently enforced.

More relevant, however, is the Authorization for Use of Military Force (AUMF) passed by Congress in 2001. It gave then-President George W. Bush expansive authority to wage military campaigns against enemies connected to the 9/11 attacks. The opaque language of the AUMF has empowered every president since then to continue the war against terrorists in Iraq and elsewhere in the Middle East.

Given that Soleimani was head of the Islamic Revolutionary Guard Corps’ Quds Force that was designated by the U.S. in 2007 as a foreign terrorist organization, and given that he was operating in Iraq directing terror attacks against Americans, President Trump would be on firm legal ground to assert justification for his killing under the AUMF.

Democrats like Sen. Chris Murphy of Connecticut are stricken with a combination of schizophrenia and hysteria. While admitting Soleimani “was an enemy of the United States,” Murphy suggested Trump was “knowingly setting off a potential massive regional war.”

Murphy’s dire prediction (or pessimism) is far from certain. Does Murphy prefer that the terrorist leader, who is estimated by the Pentagon to have killed 608 American troops, remain at large to continue his murder spree?

Does the senator have no confidence that American military might is capable of deterring any retaliatory aggression by Iran and defending against future attacks? Apparently not. He fails to comprehend that Tehran will continue its reign of terror until a strong leader and nation stands up to the malignant regime.

Sen. Tom Cotton, R-Ark., who served combat tours in both Afghanistan and Iraq, knows better. He adopted a more sensible view when he observed that Soleimani “got what he richly deserved, and all those American soldiers who died by his hand also got what they deserved – justice.”

President Trump should be commended for acting correctly, decisively and well within his constitutional authority.