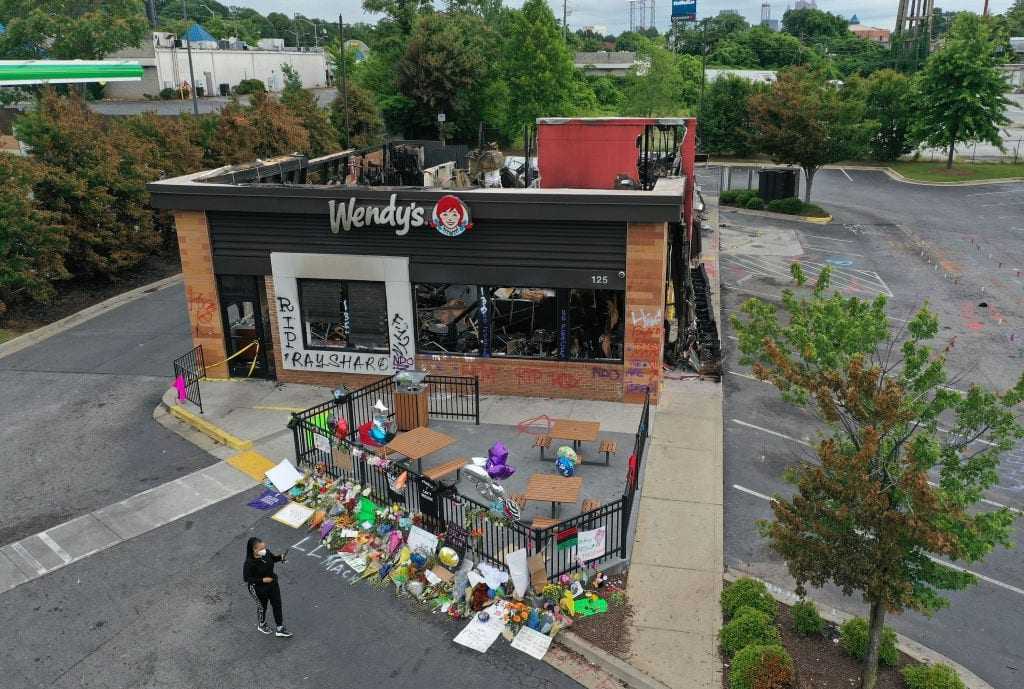 “As many of you know… a Taser is considered as a deadly weapon under Georgia law.”

Those are the words of Fulton County District Attorney Paul Howard two weeks ago – before he announced murder charges Wednesday against the fired Atlanta police officer who shot and killed Rayshard Brooks on Friday during a confrontation outside a Wendy’s restaurant.

Howard’s adamant pronouncement that a Taser is a deadly weapon came in an unrelated criminal case and was made in front of television cameras and microphones. His words will surely come back to haunt him as he attempts to prosecute former Officer Garrett Rolfe on 11 criminal charges including felony murder, which carries the death penalty.

The law of self-defense in Georgia is clear: deadly force may be met with deadly force. In fact, deadly force can be used to defend against force that is likely to cause serious bodily injury.

Here is the standard instruction (GA SPJI 3.10.10) read by judges to Georgia juries:

The question for a jury then becomes two-fold: First, did the brandishing of a stolen Taser by Brooks constitute a credible threat of death or great bodily injury? Second, did Officer Rolfe have a reasonable belief that deadly force was necessary when he drew and fired his weapon?

District Attorney Howard unwittingly answered the first question. In so doing, he seriously undermined his own case against Rolfe. It is impossible for a prosecutor to argue that a Taser is a deadly weapon in one case, but not a deadly weapon in another.

The answer to the second question will turn on the testimony of police officers and other eyewitnesses, and the video footage from several cameras showing the altercation in the seconds leading up to the fatal shots.

So far, the evidence indicates that Brooks resisted arrest and scuffled with both Rolfe and his partner, Officer Devin Brosnan. Brooks then allegedly stole a Taser from Brosnan, who was knocked to the ground, suffering what was described by his attorney as a concussion and other injuries.

In a video released by the Georgia Bureau of Investigation, Brooks was seen running across the parking lot with what appears to be the Taser, turning back and pointing the object. Rolfe then opened fired with his handgun.

It is unclear whether Brooks actually fired the Taser or how many times, although a person does not have to wait to be fired upon or shot before acting in self-defense.

Under Georgia law, “To justify a homicide, it is not essential that there be an actual assault made upon the defendant.” The threat of imminent danger is sufficient.

In a videotaped statement immediately after the shooting, Rolfe told his supervisor: “As I pursued him, he turned and started firing the Taser at me.” Rolfe added: “He definitely did shoot it at me at least once.”

Accepting that Rolfe’s statements are self-serving, did he act reasonably under the circumstances? This is the pivotal question of fact that only a jury can resolve.

Rolfe’s attorney offered this account: “Officer Rolfe heard a sound like a gunshot and saw a flash in front of him. Fearing for his safety, and the safety of the civilians around him, Officer Rolfe dropped his Taser and fired his service weapon.”

Accepting that Rolfe’s statements are self-serving, did he act reasonably under the circumstances? This is the pivotal question of fact that only a jury can resolve.

However, the jury will be guided by another instruction (GA SPJI 3.10.12) derived from Georgia law: “The standard is whether the circumstances were such that they would excite not merely the fears of the defendant, but the fears of a reasonable person.”

What if the jury concludes that Officer Rolfe misinterpreted the circumstances or the nature of what Brooks was holding in his hand? Under the law, an honest but mistaken belief is sufficient to meet the standard of justifiable self-defense.

Some have suggested that Rolfe should have utilized an alternative level of force less than lethal force. This has been consistently rejected by higher courts as impracticable and counterproductive to effective policing (Scott v. Henrich, 39 F. 3d 912, 9th Circ.,1994).

The underlying problem for the defense is that, according to the medical examiner, Brooks suffered two gunshot wounds to the back. Critics of Rolfe have seized upon this as evidence that Brooks was fleeing. This may be true, but not necessarily.

It is possible that Brooks turned his back in a defensive posture the moment he saw Rolfe pull his gun. But even flight is not dispositive of the case under the law. The threat of a deadly weapon can still exist in the hands of a fleeing suspect.

District Attorney Howard appears to have overcharged his case and made representations that are untrue. At his news conference, he claimed that Brosnan has agreed to testify against his partner. This was vigorously denied by Brosnan’s attorney.

Indeed, Brosnan’s attorney blasted Howard for what he called a “rush to misjudgment,” adding, “Shame on the district attorney for this abuse of his charging power.”

Whether Howard abused his authority by filing excessive charges may soon be tested by the Georgia Bureau of Investigation. The GBI was asked by the Atlanta Police Department to investigate the Brooks shooting and has yet to complete its probe.

The GBI seemed stunned by the district attorney’s announcement on Wednesday. “We were not consulted on the charges,” it said in a public statement.

“Charging an Atlanta police officer with felony murder before the completion of the GBI’s investigation was a political decision, not a legal one,” Collins said. Collins is asking the Georgia attorney general to intervene in the case by appointing an independent prosecutor.

It is legitimate to ask whether the district attorney was motivated by personal and political considerations. He is under criminal investigation by the GBI for allegedly pocketing $140,000 in taxpayer funds funneled through a nonprofit organization. He is also in a tough fight for reelection against an opponent who has accused Howard of corruption.

If the district attorney survives the election, he may not survive the legal quagmire he created with his own words. He declared that a Taser is a deadly weapon under Georgia law.

At least he was right about that.