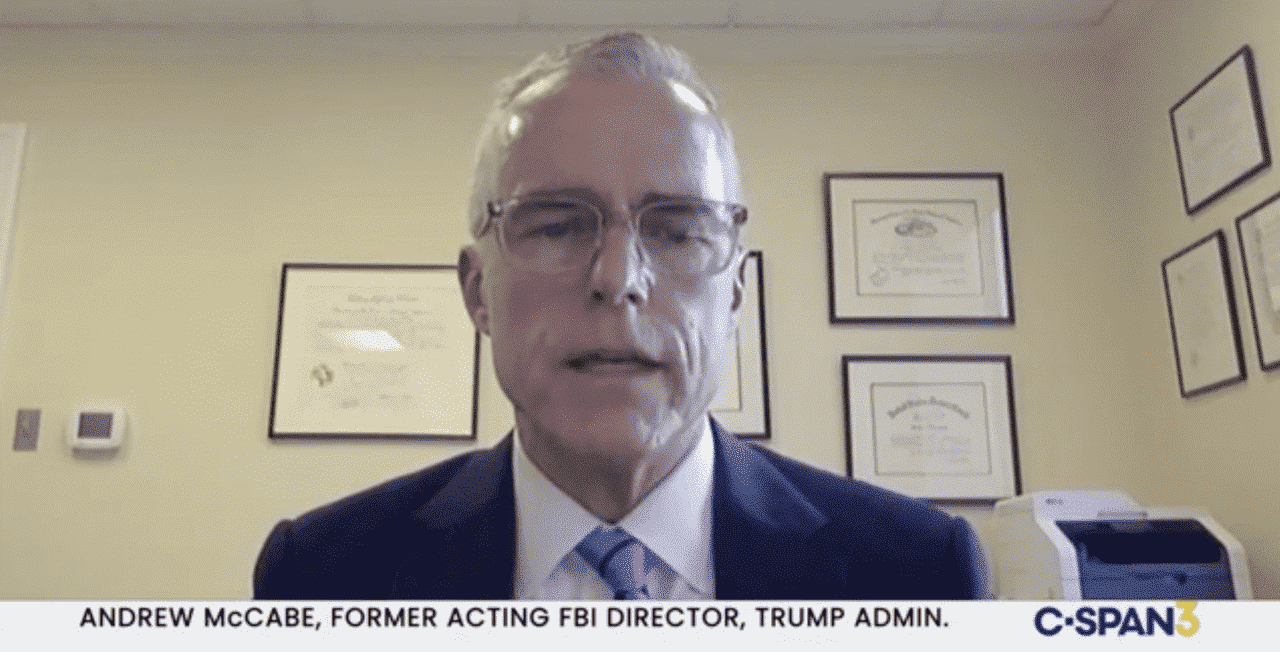 All three bad actors demolished the good name and reputation of the once-vaunted law enforcement agency. It’s quite possible that the bureau may never recover.

Smug and arrogant as ever, McCabe appeared Tuesday before the Senate Judiciary Committee and brushed aside all the evidence of the FBI’s abuse of power under his watch. He dismissed it as mere mistakes, not malevolence. To hear him tell it, the FBI is guilty only of monumental incompetence — as if that’s a benediction.

McCabe said he was “shocked” by the “significant number of errors and failures related to the FISA [Foreign Intelligence Surveillance Act] applications” to spy on Carter Page, a former adviser on candidate Donald Trump’s 2016 presidential campaign. His claim was reminiscent of Captain Renault in the film “Casablanca,” who pretended to be “shocked, shocked” at the gambling in Rick’s Cafe as he pocketed his winnings.

A simple conversation would surely have exposed Steele as a cartoonish Inspector Clouseau.

Like Renault, McCabe was a key participant in corruption, in his case at the FBI. He presided over every decision in the bureau’s misbegotten investigation of Trump and his campaign.

As I detailed in my book, “Witch Hunt: The Story of The Greatest Mass Delusion in American Political History,” there was never any plausible evidence that someone connected to Trump had colluded with Russia to steal the 2016 presidential election. There was no credible evidence to justify the FBI’s intrusive investigation, which included undercover informants, secret recordings, and illegally obtained surveillance warrants.

In his testimony Tuesday, we learned that McCabe never bothered to speak with ex-British spy Christopher Steele about his unverified and fictitious dossier that was used by McCabe and the FBI to spy on Page. A simple conversation would surely have exposed Steele as a cartoonish Inspector Clouseau.

Before Trump’s inauguration in January 2017, McCabe’s agents tracked down Steele’s main source, Igor Danchenko, who promptly discredited the dossier as nothing more than multiple hearsays and rank speculation, some of which emanated from Danchenko’s drinking buddies.

It was also determined that parts of the dossier were likely Russian disinformation and that the Russia Hoax itself was invented by none other than Democratic presidential nominee Hillary Clinton to smear Republican candidate Trump with an alleged scandal.

Did McCabe know this? It is inconceivable that he did not. But at Tuesday’s hearing, McCabe insisted that he was oblivious to the exculpatory evidence and knew nothing at all about what his own agents had discovered. That’s about as likely as me winning the lottery.

Documents prove that McCabe was intimately involved in every facet of the Trump investigation, codenamed “Crossfire Hurricane.” Yet, McCabe professed complete ignorance of the pervasive deceit, misfeasance and corruption that contaminated the case. Evidence of Trump’s innocence was scrupulously concealed by McCabe’s FBI.

Conspicuously, McCabe misstated the law. He told the Senate Judiciary Committee that the FBI is “not required to use only verified information” when applying for a surveillance warrant from the Foreign Intelligence Surveillance Court (FISC). This is demonstrably untrue.

According to the FBI’s own “Woods Procedures,” all factual assertions submitted to the intelligence court must first be independently verified. Any information contradicting those assertions must be presented to the court.

Neither of these requirements were met when McCabe sought the final warrant. In a scathing condemnation of his actions, the Justice Department inspector general cited numerous violations of the “basic obligations of accuracy.”’

The Justice Department declared McCabe’s warrant was “invalid” and should never have been sought. The Foreign Intelligence Surveillance Court was so incensed that it banned FBI officials (such as McCabe) from appearing before it in other cases. It wasn’t just a rebuke of the wrong committed by McCabe, it was a public humiliation.

In a moment of uncommon candor on Wednesday, McCabe owned up to his own role in signing off on the final spy warrant presented to the intelligence court.

“If you knew then what you know now, would you have signed the warrant application in June 2017 against Carter Page?” Senate Judiciary Committee Chairman Lindsey Graham, R-S.C., asked McCabe.

That was the full extent of McCabe’s probity. He told the Senate committee that the FBI was not in possession of Steele’s dossier’s before Crossfire Hurricane was launched on the last day of July 2016. This is false. Documents show the dossier was obtained by an FBI agent who met with Steele in London on July 5, 2016.

Everything else was wrapped in puerile ineptitude and amnesia. McCabe feigned no recollection whatsoever of the infamous meeting in his office with Peter Strzok and Strzok’s lover, Lisa Page, where the subject of an “insurance policy” against Trump’s election was discussed.

McCabe didn’t recall writing a text message expressing his hope that Trump would lose to Clinton. Nor did McCabe remember whether he authorized the decision to keep open the FBI’s investigation of former National Security Adviser Michael Flynn in January of 2017, even though his own investigators had determined Flynn had done nothing wrong. The investigators wanted to close the case because it had no merit.

It was McCabe who shamelessly snookered Flynn into talking with Strzok and another agent at the White House that same month. There was no legitimate reason for the interview. It was a setup to get Flynn fired or prosecuted based on the phony pretext of the Logan Act, as subsequent notes revealed.

The Logan Act is a fallowed law enacted in 1799 that has never been used by the Justice Department to prosecute anyone, because it is universally regarded by lawyers and scholars as blatantly unconstitutional.

At Tuesday’s hearing, McCabe struggled to explain why he thought Flynn presented a national security threat for daring to speak with the Russian ambassador to the U.S. during the presidential transition period.

Conversations like this with foreign officials are something that all transition teams do to prepare the incoming administration for the foreign policy challenges ahead. Hundreds of such conversations typically occur. It would be the equivalent of malpractice not to engage in such dialogue. But McCabe called it “inappropriate.” History and precedent tell us it is not.

In one fiery exchange, Sen. Ted Cruz, R-Texas, pointed out that former Vice President Joe Biden has recently spoken with foreign leaders about his forthcoming policy agenda, as widely reported.

“Do you believe Joe Biden is violating the Logan Act?” Cruz asked.

McCabe refused to answer, claiming that he wasn’t certain whether Biden had been conversing with foreign officials. “I am not prepared to take your statement on faith and I’m also not prepared to conduct legal analysis,” McCabe said.

It was an obvious prevarication. McCabe couldn’t answer honestly. To do so would have destroyed the entire premise of the case he helped to fabricate against Flynn, a decorated retired three-star Army general.

“Gen. Flynn’s been prosecuted for lying to the FBI,” Kennedy said. “You lied to the FBI, and you are not being prosecuted. Don’t you think that sends the wrong message to the American people?”

McCabe offered an anemic response, saying: “Senator, General Flynn’s situation and mine have absolutely nothing in common.” In truth, they have everything in common.

McCabe was fired for repeatedly lying to the FBI (and his own boss) and obstructing its investigation after he authorized the furtive disclosure to a reporter of sensitive information to “advance his personal interests.” This was the finding of the inspector general who discovered that McCabe lied about this at least four times, three of them under oath.

Naturally, McCabe blames Trump and is suing to get his old job back. “I did nothing wrong,” he claimed. No one who is remotely acquainted with the facts and evidence was buying it.

Given the extraordinary damage McCabe did to the FBI, the bureau would roll up the welcome mat and lock the doors. McCabe knows this, which is why he seems perfectly contented now as a paid CNN commentator spewing his anti-Trump bile.

Where else could a documented liar land gainful employment?