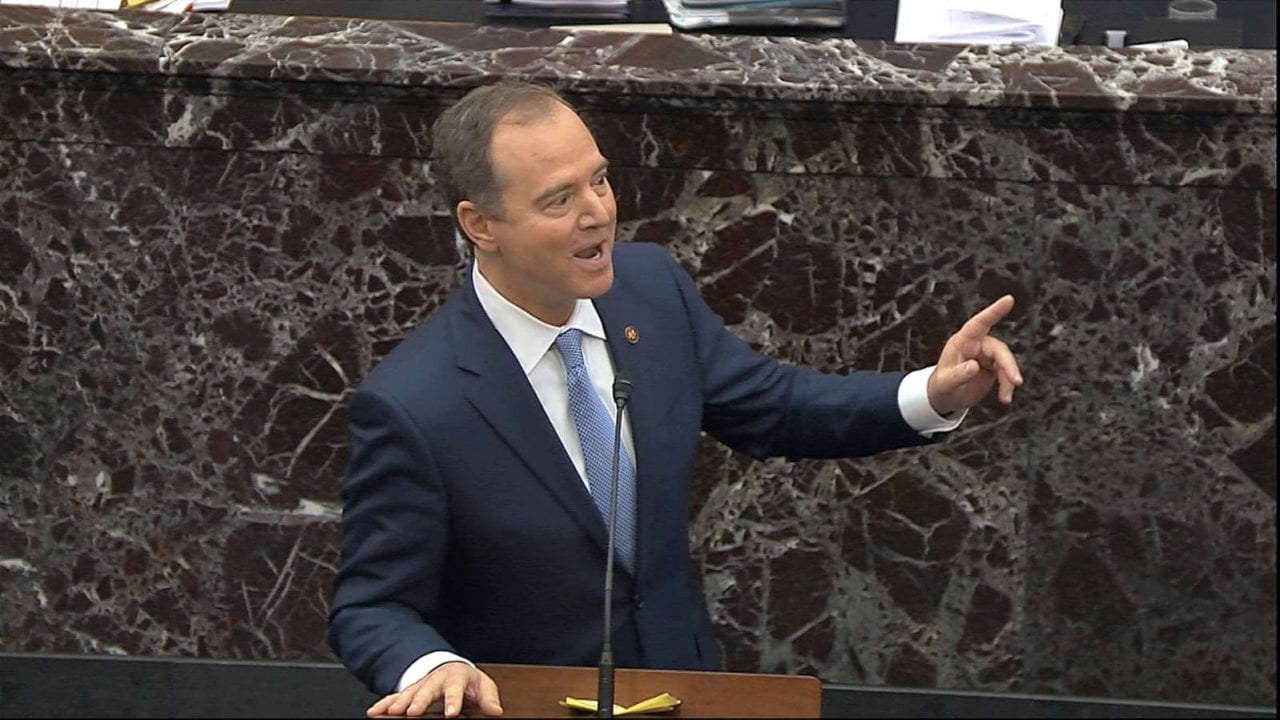 Desperate Democrats trotted out the same baseless and absurd arguments they’ve been making for months at the opening of President Trump’s impeachment trial in the Senate Tuesday, in their endless campaign to overturn the results of the 2016 presidential election.

The soporific debate over what procedures to adopt proved a tepid bore (with some exceptions) as Democrats introduced an endless stream of amendments that were destined to go nowhere fast.

The first votes made it clear that Republican senators would adopt Majority Leader Mitch McConnell’s resolution setting forth the order and parameters of the trial: opening statements first, then written questions from senators, then a later decision on whether witnesses will even be necessary or relevant.

House Intelligence Committee Chairman Adam Schiff of California, the leading House impeachment manager for Democrats, hurled the usual inflammatory accusations from his grab-bag of anti-Trump invectives (“corruption… cover-ups… misdeeds… lawlessness… guilt!”) He tried to enliven his monotonous delivery with graphics, but the excessive words only added tedium to his largely laborious argument.

As Schiff lectured senators about “Rule 7” and “Rule 11,” I wondered how many in the chamber were longing for a mobile game on their banned cellphones. His colleague, Rep. Zoe Lofgren, D-Calif., was worse as she droned on while reading an agonizingly long prepared statement word for word. Senators may have wished there was a magic “mute” button somewhere on a master remote control.

Democrats will not relent in their quest for new witnesses. But they should be careful of what they wish for. If granted, it would open a Pandora’s Box that Trump opponents may come to regret…

Juxtapose that to the counterarguments delivered by Trump’s two lead lawyers. When Jay Sekulow commanded the podium he was animated, succinct and effective. He confronted Schiff with the congressman’s own words from years earlier when Schiff defended the constitutional right of a Democratic president to invoke executive privilege in a congressional hearing. Yet that is something Schiff now claims this Republican president should not be allowed to assert if his top aides are called as witnesses.

White House Counsel Pat Cipollone further energized the debate by excoriating Schiff for lying about Trump’s conversation with Ukrainian President Volodymyr Zelensky and “reading a fraudulent version of that call” to mislead the American public.

Cipollone castigated Schiff for holding secret hearings in the basement of the Capitol. The president’s counsel was forbidden from attending, prohibited from seeing the evidence, deprived of cross-examination, and barred from presenting his own evidence and witnesses. It was, said Cipollone, an egregious abuse of power and due process:

“Information was selectively leaked out,” Cippolone said. “Witnesses were threatened. Good public servants were told that they would be held in contempt. They were told that they were obstructing. What does Mr. Schiff mean by obstructing? He means that unless you do exactly what he says, regardless of your constitutional rights, you are obstructing. By the way, there is still evidence in the SCIF (sensitive compartmented information facility) that we haven’t been allowed to see. I wonder why.”

While Schiff will be prosecuting the case in the Senate, Day One of the trial made it clear that he will also be the target of scorn by Trump’s attorneys for the dishonest and discriminatory way he conducted the impeachment proceedings in the House.

Beyond blatant due process violations, Schiff has insisted that the evidence against Trump is overwhelming. Why then does he now want the Senate to call new witnesses that the House declined to pursue? 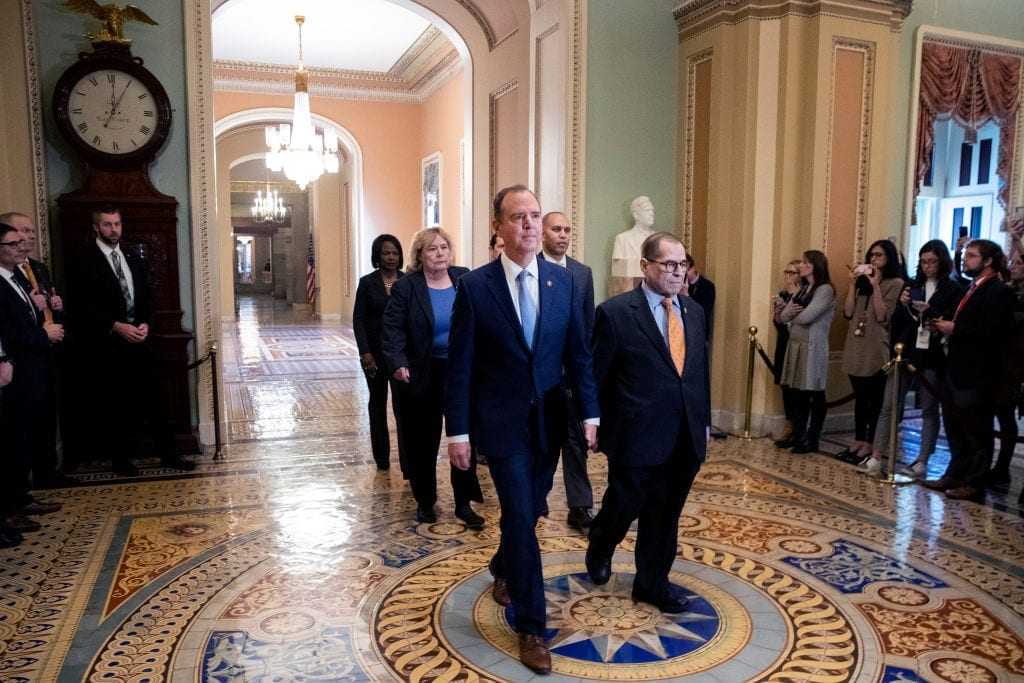 The reason is obvious to anyone who’s paying attention. The case against Trump is embarrassingly weak. Nowhere in the two articles of impeachment is a crime or violation of law alleged, much less “high crimes and misdemeanors” as the impeachment clause in the Constitution mandates.

In the impeachment case brought against President Bill Clinton, there were numerous crimes identified. Here, there are none.

Instead, on a purely partisan vote, House Democrats impeached President Trump by imputing an improper motive in his telephone conversation with Zelensky. They divined Trump’s intent as corrupt without any credible evidence to support it.

In their 110-page brief, counsel for the president argued that this dangerous precedent allows any future “hostile House to attack almost any presidential action by challenging a President’s subjective motives.” Congress is now the self-appointed “thought police.”

By lowering the standard, the House has diluted the constitutional measure of impeachment and trivialized what the framers intended as a powerful remedy of last resort.

What does it mean going forward? Impeachment in perpetuity. Every presidential act can be contorted by the opposing political party if it wants to weaponize impeachment for purely political reasons. Any president who asserts a legal privilege will stand accused of an impeachable offense labeled “obstruction of Congress.”

Democrats will not relent in their quest for new witnesses. But they should be careful of what they wish for. If granted, it would open a Pandora’s Box that Trump opponents may come to regret.

Republicans would be entitled to call their own witnesses and Schiff could find himself sitting in the witness chair. There is evidence that he and/or his office worked secretly with the faux whistleblower in orchestrating the complaint that triggered the impeachment of Trump.

Then, Schiff lied about it to the American public. If called as a witness, he might want to consider invoking his Fifth Amendment right against self-incrimination. Lying to Congress is a crime.