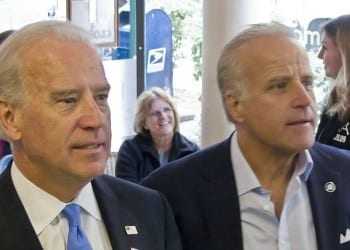 [otw_shortcode_dropcap label=”L” font=”Ultra” background_color_class=”otw-no-background” size=”large” border_color_class=”otw-no-border-color”][/otw_shortcode_dropcap]et’s get right to it: yet another Biden might be in hot water for ethical shortcomings. Towards the end of January, the Federal Bureau of Investigation raided Americore Health hospital, “a health care business linked to Joe Biden’s brother…seizing boxes of documents” reported Politico. The article makes clear that the reason behind the January 30th raid remains unclear, and Joe’s younger brother, James Biden, “has not been accused of criminal wrongdoing.”

However, it seems this is the beginning of a long road of moral questioning into James Biden’s actions. James Biden is not off the hook. “In the weeks since the raid, two small medical firms that did business with James Biden have claimed in civil court proceedings to have obtained evidence that he may have fraudulently transferred funds from Americore ‘outside the ordinary course of business.”

Poor Joe, what a victim; always in the wrong place with the wrong person, and that person seems to always be a family member.

Just how outside the ordinary course of business? “A former Americore executive has told Politico that James Biden had more than half a million dollars transferred to him from the firm as a personal loan that has not yet been repaid.” Some might call an unpaid loan ‘stealing.’ But wait, there’s more!

Americore’s owner has faced legal issues and accusations of mismanagement that likely led to the January raid and were unrelated to James Biden. “But recent filings in ongoing legal proceedings, along with new accounts provided to Politico by former executives of Americore and others, point to potential pitfalls for the former vice president.” The former vice president, meaning Joe Biden, the current presidential hopeful. Apparently, Joe’s younger brother had no problem making promises on behalf of his big brother.

Specifically, “in 2017 and 2018, James Biden was embarking on a foray into health care investing, telling potential partners, including at Americore, that his last name could open doors and that Joe Biden was excited about the public policy implications of their business models, according to court filings and interviews with James’ former business contacts.”

One former Americore executive told Politico that “James Biden’s arrival exacerbated Americore’s financial problems” because they were “holding out the promise of a large investment from the Middle East based on his political connections.” What happened was that James introduced Joe Biden to Americore’s founder and together “helped land a bridge loan to Americore from a hedge fund.” James Biden then received a “six-figure personal loan out of Americore’s coffers while encouraging the firm to take on greater financial liabilities” according to the executive. But…” the cash infusion from the Middle East never arrived” and “James Biden has not paid back the loan.”

What does the Biden campaign have to say about all of this? Remember when Joe Biden said he never discussed Burisma or Ukraine with his son, even when his son went with him on a government plane to China? Well, it’s a lot like that. “A Biden campaign official said that Joe Biden never discussed Americore with his brother or expressed support for the business” reports Politico. The official got even more defensive, as Politico reports: “Americore’s founder, Grant White, purchased a ticket to a September 2017 fundraiser for the Beau Biden Foundation, an event attended by Joe Biden. ‘If the two interacted in any way, it would have been a handshake and nothing more,’ the official said.”

Poor Joe, what a victim; always in the wrong place with the wrong person, and that person seems to always be a family member.