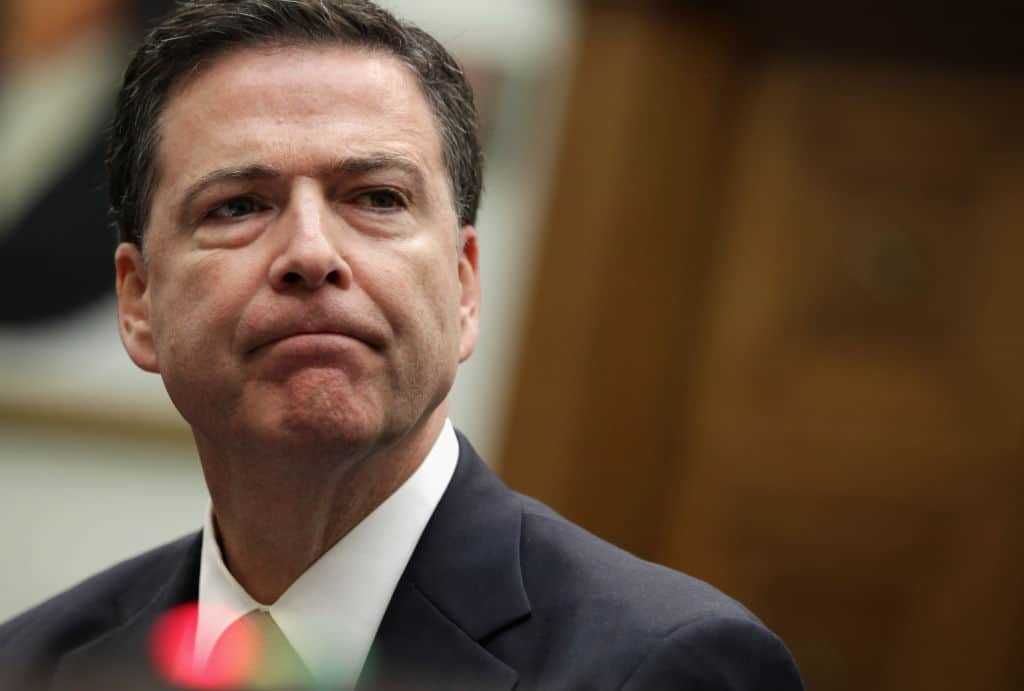 In an article in the New York Times, which seems more like a love letter from a fan than a piece of journalism, former FBI Director James Comey lets his true colors fly and says his existence is based around defeating President Trump.

“Mr. Comey has pledged to spend the next 13 months working to drive Mr. Trump from power… He is at once a just-the-facts lawman and a prodigious feeler of feelings, introspective about the size of his ego and incapable of suppressing it entirely… He says he is ‘not that important in the great sweep of American history’ but believes his firsthand view into the president’s psyche can offer uncommon value to the anti-Trump movement.”


Comey’s ego only seems to be in check in the one statement of not being “that important in the great sweep of American history.” Unfortunately for him, this is not true. In Gregg’s new book Witch Hunt: The Story of the Greatest Mass Delusion in American Political History he lays out how then FBI director Comey worked with other members of the deep state to try to bring down President Trump. In an interview for Gregg’s book, Former Assistant FBI Director Chris Swecker told Gregg that he is speaking out to apologize to the American people for James Comey’s actions. Mr. Swecker said “[Comey] did more damage to the FBI than any FBI director in history, and he did it in only four years. I’d like to say he is an aberration; that he is a mistake.”

Mr. Comey will go down as an important person in American history. He will be highlighted in law and history books across America for years to come. The chapters that discuss his actions will show future Americans that unelected bureaucrats can abuse their power and try to nullify the votes of the American people. In the end, the historians and individuals who look at his actions will be shocked at the abuse of power, and how he and his cohorts dismissed rules and regulations in order to launch a fraudulent investigation.

Comey cements his identity and public persona to the president by saying that if President Trump is defeated, he will be able to move onto something else.

“‘I have a fantasy about on January 21, 2021, deleting my Twitter and moving on to something else,’ he said. ‘But until then, I can’t’… Asked if helping to defeat Mr. Trump would provide a measure of catharsis given his role in 2016, Mr. Comey paused. ‘Hmm,’ he said. ‘I don’t think so. At least in my own conscious mind, I don’t connect those things’…. Mr. Comey donated money earlier this year to Senator Amy Klobuchar of Minnesota, a former law school classmate, but in the interview volunteered few opinions on the rest of the 2020 Democratic field, save for a compliment about the thoughtfulness of the South Bend, Ind., Mayor [Buttigeig].”

By admitting that he is dedicating the next 13 months of his life to “driving Trump from power,” and saying that he cannot move on until Trump is possibly out of office, Mr. Comey has made it clear that he is in desperate need of a hobby and possibly needs to go to a therapist.