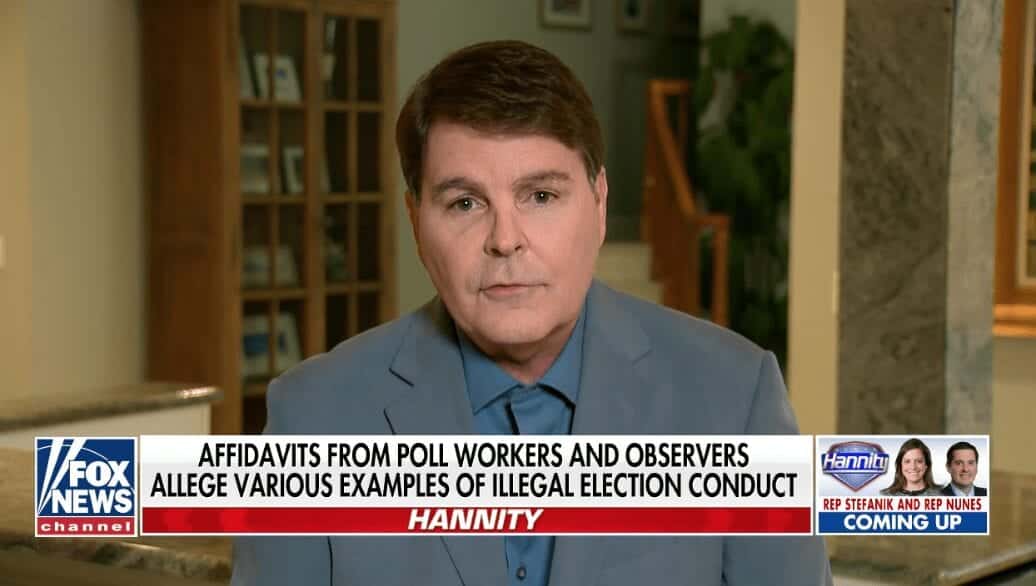 As the Trump campaign moves forward with legal challenges in several battleground states, Democrats and the left-wing media continue to question and brush off the challenges as ‘baseless’ or ‘misinformed.’

But, Fox News legal analyst Gregg Jarrett urged that the allegations are valid, and so is the evidence.

“We saw today Wayne County, Michigan, the Detroit Courtroom in which there were sworn affidavits that were presented to the judge based on eyewitness testimony, and yet we keep hearing from anchors and journalists, ‘where’s the evidence?’” he continued.

“That is a profoundly ignorant statement because eyewitnesses and sworn affidavits are evidence in a court of law.”

Jarret also said that by dismissing Trump’s perfectly legal challenges, Joe Biden is only hurting his chances of being viewed as a legitimate leader.

In his closing remarks, Jarrett blasted the media for their premature election call.

“So, the media in their rush to anoint Joe Biden their chosen candidate has declared him the winner, and yet, who in the world would trust the media?” he asked. “They could screw up a free lunch, they’re a cesspool of hypocrisy and bias and the fact that they predicted ahead of the election that Joe Biden would win in an electoral tsunami proves the point.”