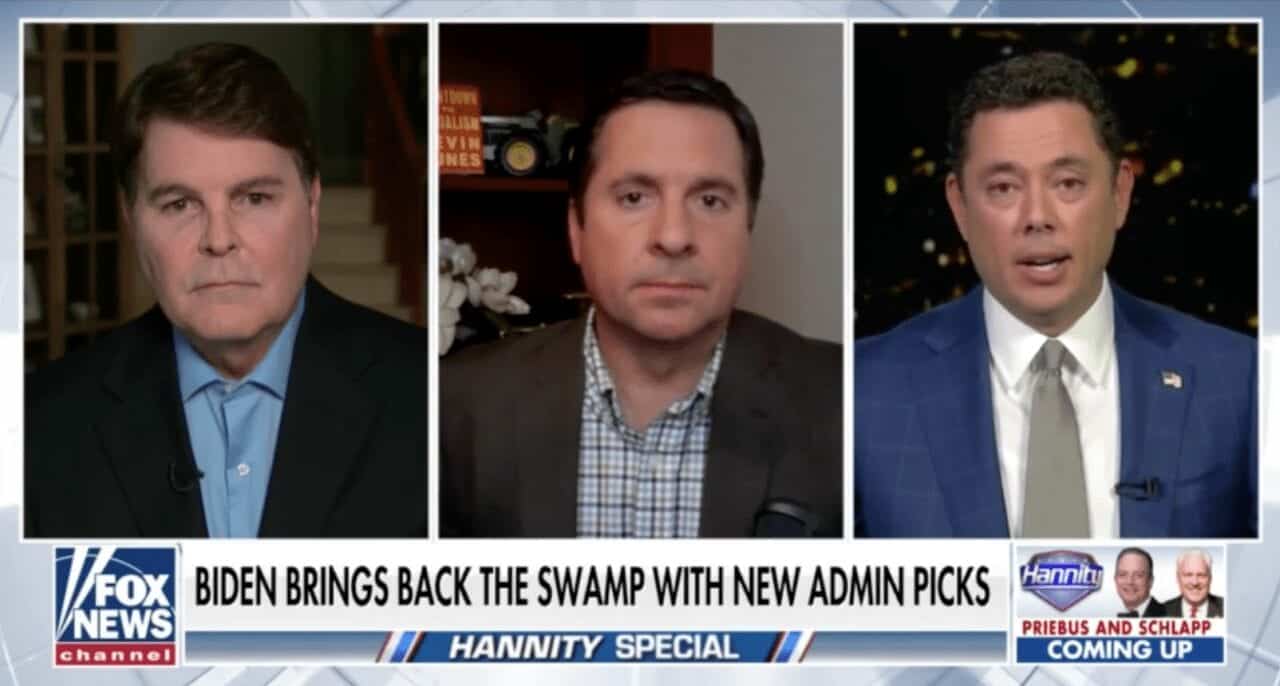 The media’s president-elect Joe Biden has spent the last few days unveiling his picks for national security and foreign policy teams.  To no surprise, many are tainted with scandal.

Fox News legal analyst Gregg Jarrett appeared on Hannity Tuesday to discuss Biden’s picks and what they would mean for America.

“Well they’re all Obama, Biden, Hillary Clinton retreads, so forget about America first, it’s America last, leading from behind. I expect an apology tour,” he said.

“They’re liberal internationalists who want to rely entirely on multilateral institutions like the feckless United Nations and the dysfunctional NATO and traditional alliances, as the Wall Street Journal said, that only hurt America and empower our enemies,” he added.

Included in the picks is Jake Sullivan, Biden’s choice for national security adviser, who was heavily involved in the Clinton email saga. While he got away with it all, Jarrett said he should’ve been prosecuted.

“And look at these cast of characters. You’ve got Jake Sullivan who was pedaling the phony dossier, he was disseminating reporters the Trump Russia collusion lie that was invented by his boss, Hillary Clinton and he was knee deep in the email scandal, he was sending top secret classified documents to Hillary Clinton’s private server,” he said.

“He should’ve been prosecuted in my judgement, but thanks to the misfits and miscreants like James Comey, Andrew McCabe, Peter Strzok, he was never prosecuted,” he continued.

Another questionable pick is Tony Blinken, who was involved with Hunter Biden. It seems like Joe Biden is in a toxic relationship with scandal.

“You would think that Joe Biden would be smart enough to stay away, steer clear of people tainted by scandal but he stepped right into it,” he added.

Jarrett also discussed Michael Flynn and how he should be pardoned by President Trump.

“I was certainly interested to hear the report that the president is considering pardoning Michael Flynn. He absolutely should. Flynn doesn’t want a pardon, he wanted full exoneration and the case dismissed against him but it’s clear that this federal judge, Emmet Sullivan, has been trying to run out the clock hoping that Trump would lose, Biden would win, somebody new at the Department of Justice would pursue the case against him. Flynn is absolutely innocent,” he urged.

“The two FBI agents who interviewed him wrote in the report and their notes that he did not lie. You cannot prosecute somebody for lying when the only two witnesses say he didn’t lie,” he continued.

Jarrett blasted Emmett Sullivan for “running out the clock” and ignoring the appellate court in Flynn’s case, and urged the president to issue a pardon.

“So this has been a tremendous miscarriage of justice,” he said. “I wish the case had been dismissed but Emmet Sullivan disgracefully, to the bench, has tried to run out the clock, he’s ignored the appellate court that said ‘move with dispatch,’ he ignored them, it’s unconscionable and the president should issue a pardon because that is the only way out now for Michael Flynn.”