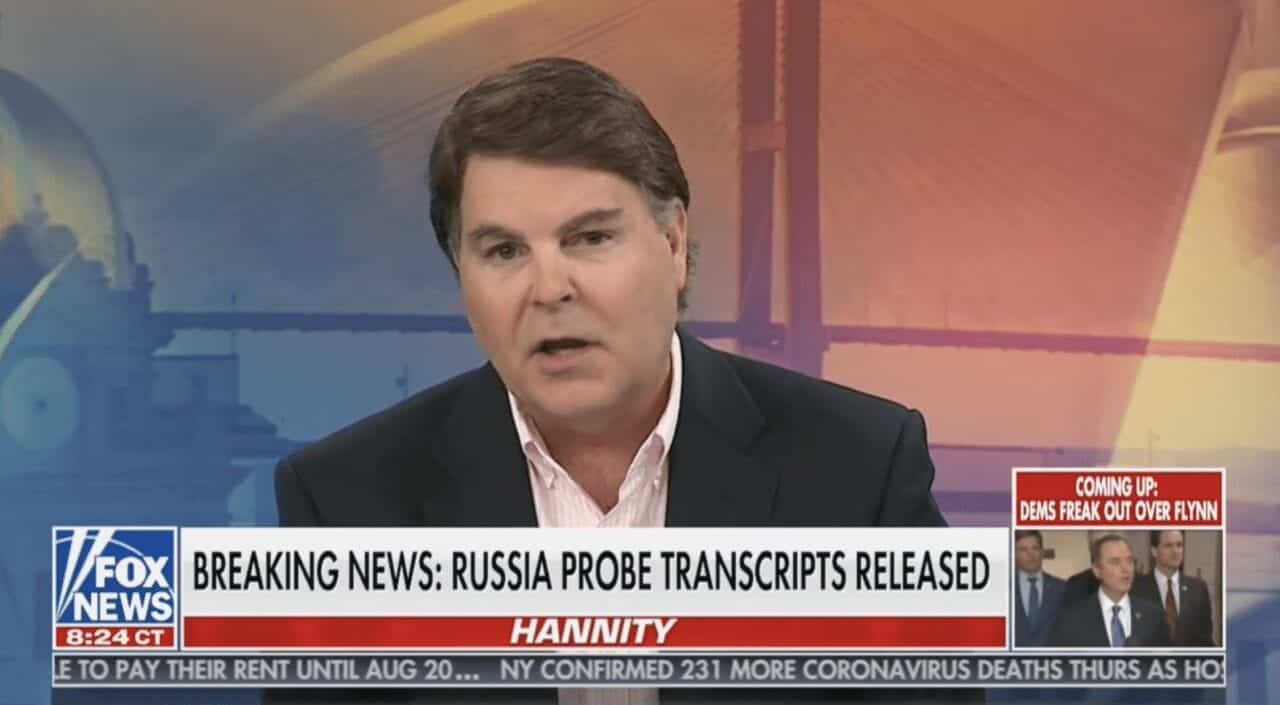 [otw_shortcode_dropcap label=”L” font=”Ultra” background_color_class=”otw-no-background” size=”large” border_color_class=”otw-no-border-color”][/otw_shortcode_dropcap]ast night on Fox News’ Hannity program, Gregg Jarrett appeared with John Solomon and Sara Carter to discuss the latest news on the General Michael Flynn case, as well as the release of transcripts of interviews that the House Intelligence Committee conducted as part of the Russia collusion hoax investigation. During the segment, Sean Hannity asked Gregg if he were to identify crimes by deep state actors, who would be on the list of officials that might now be under investigation, watch below:

“The three people who were surely at the top of the investigative microscope list would be James Comey, Andrew McCabe, and Peter Strzok. I think there are three distinct areas that the U.S. Attorney John Durham and William Barr are looking at, that would be lying to the FISA court, the Flynn case to be sure, and the overall collusion investigation, how it was handled by the FBI and federal prosecutors. I think we need to be reminded of what William Barr said. This was an investigation launched by the FBI without a legal basis and later used it to sabotage the Trump Presidency. The following federal criminal statutes would be in play: Obstruction of justice, perjury, fraud, conspiracy to commit fraud, and deprivation of rights under color of law, otherwise known as an abuse of power. Barr and Durham are very serious about holding people accountable because Barr said on our air “If people broke the law and we can establish that with the evidence, they will be prosecuted.” I think that also includes people in the Obama White House, the intelligence community, John Brennan, and others.”

Many of the facts that are now beginning to be revealed were predicted in both of Gregg’s books, Witch Hunt, and The Russia Hoax.  With James Clapper previously stating that President Obama was the one who ordered the intelligence community to “assemble all the reporting” on possible Russian collusion, and now Sally Yates’ transcripts showing that President Obama knew many of the facts around the Flynn case, U.S. Attorney Durham and AG Barr have a lot more to investigate.