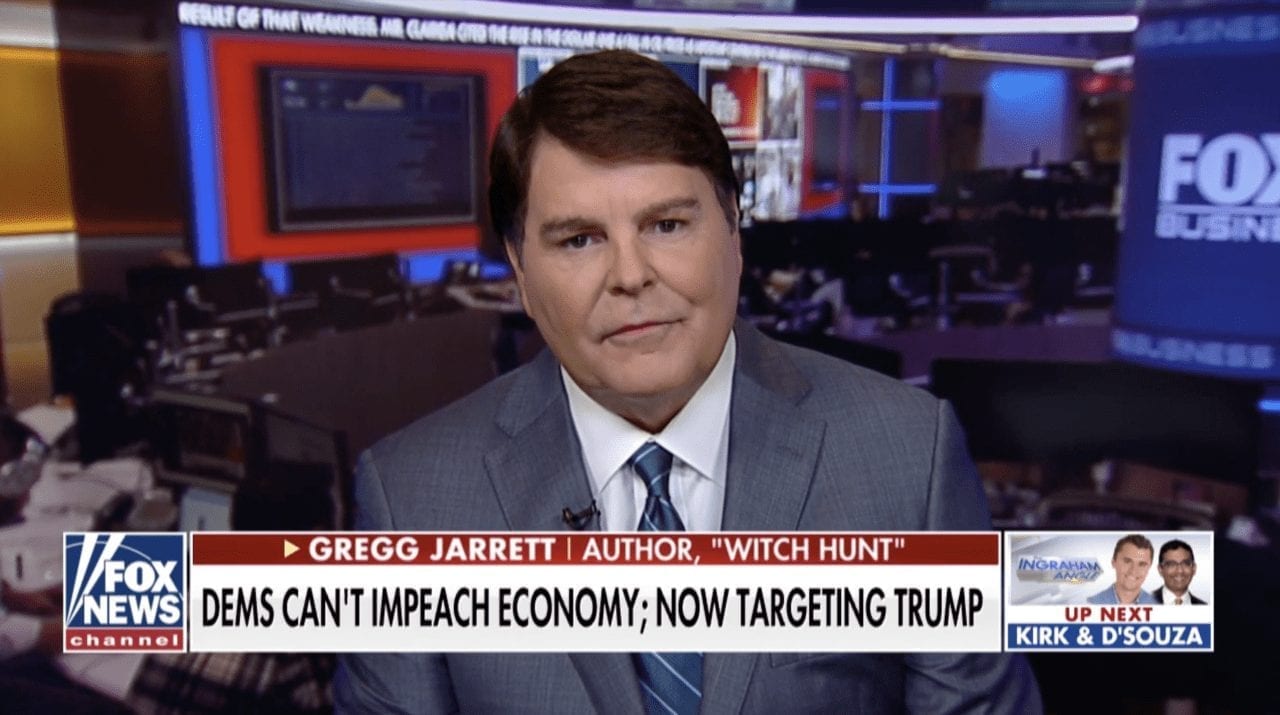 On Friday, Gregg appeared on The Ingraham angle with Mercedes Schlapp and Tom Bevan Panel to discuss the latest impeachment news and Trump’s roaring economy. Watch below:

“The October jobs report was very strong,” said Gus Faucher, chief economist at PNC. “Job growth slowed a bit because of the GM strike, but with the strike over it should bounce back in November.”

In Washington D.C., Speaker of the House Nancy Pelosi confirmed Friday her party’s decision to hold public impeachment hearings in the coming weeks; telling reporters the inquiry will likely be televised “in November.”

“I would assume there would be public hearings in November,” Pelosi said at an event hosted by Bloomberg.

“I don’t know what the timetable will be — the truth will set us free,” she said. “We have not made any decisions on if the president will be impeached.”