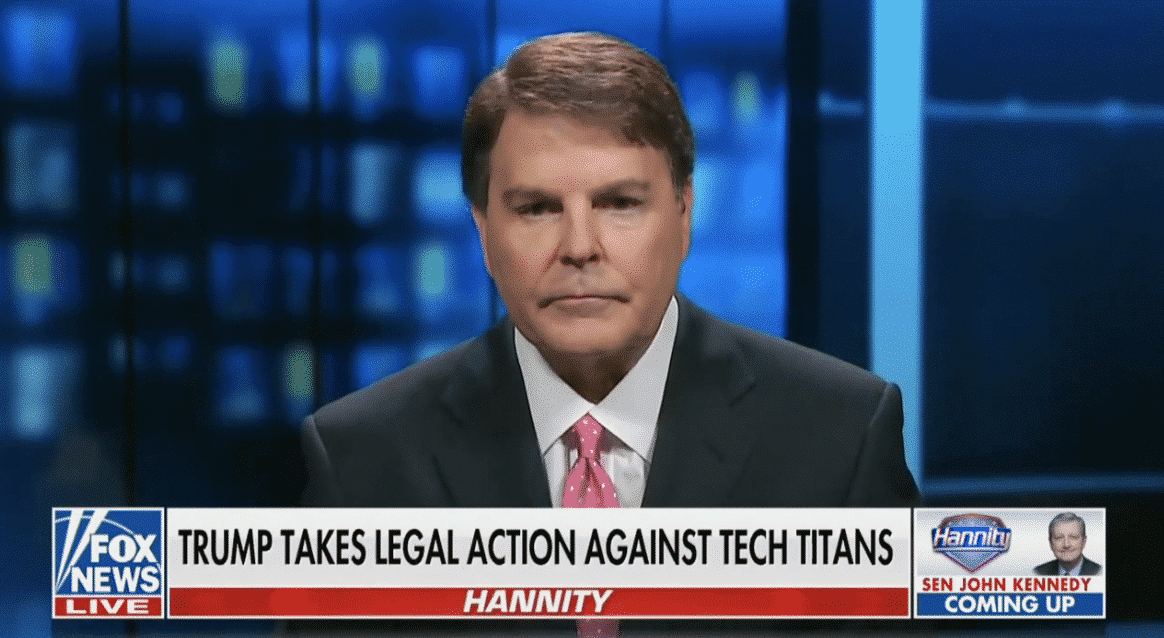 Gregg Jarrett joined Fox News’ Sean Hannity on his program to discuss former President Trump’s new lawsuit against the giant tech companies who censored him. Trump brought the lawsuit not only against Google, Facebook and Twitter, but included their respective CEO’s as well.

Jarrett mentions Trump has a compelling argument that the 1st Amendment principles of free speech should apply to private Big Tech companies because they are acting as a de facto arm of government actors and agencies.

Additionally, the companies received billions of dollars in benefits from the government when Congress granted them liability immunity. Therefore, if the federal courts accept this premise, Twitter, Facebook and Google can be prohibited from engaging in unconstitutional censorship.

Trump’s lawsuit also has another impact; it opens the door for federal courts and the Supreme Court to do what justice Clarence Thomas recently advocated: strict government regulation of social media platforms.

In a recent opinion, Thomas argued that these tech goliaths have evolved into abusive monopolies that pose a grave danger to democracy by suppressing speech with which they disagree. They punish political adversaries and protect partisan allies.

Justice Thomas’ view is that they should be treated as “common carriers” akin to public utilities to stop free speech repression. Their right to exclude users or censor content would be restricted or halted altogether.

Jarrett discusses an even more aggressive alternative would be to break up these companies into pieces. Their sheer size, the tyranny they exert, and their anti-competitive conduct make them obvious monopolies under any antitrust analysis. The only real solution is to split them up…creating the kind of competitive environment that would discourage censorship.