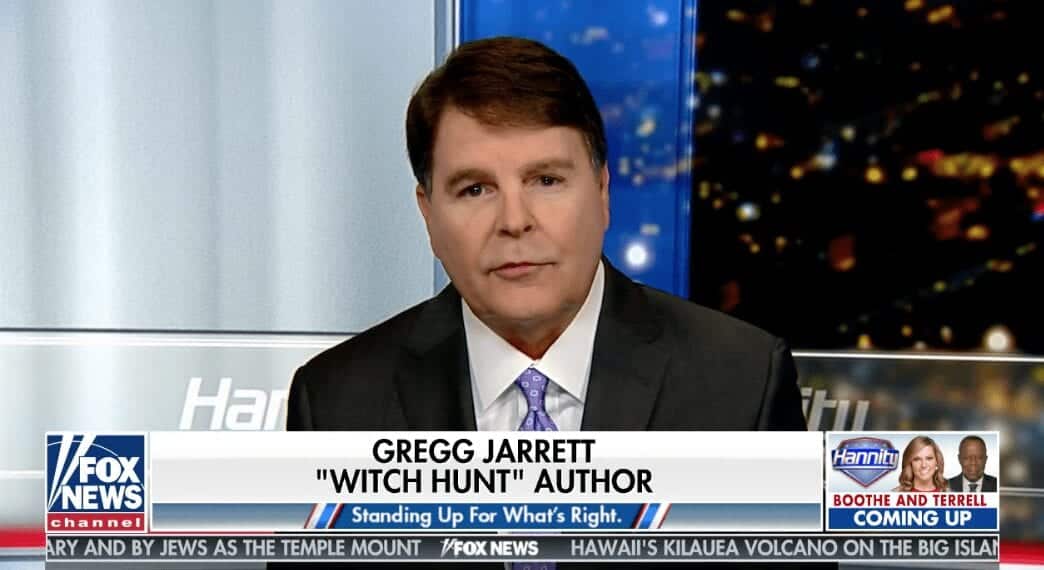 Throughout his campaign, Joe Biden barely scratched the surface when it came to answering questions from the media.   He refused to answer even the most straightforward of questions, like those regarding court-packing and his son, Hunter.

“Part of the reason is that reporters are pre-selected by Biden’s staff so, in other words, the questions are pre-screened, the answers are preordained and the whole thing is a charade. It’s choreographed,” Jarrett said.

“He won’t answer direct questions. Nobody has yet asked him, ‘Are you the big guy identified in the email who stands in line to receive 10 million dollars? Did you meet in 2017 with Tony Bobulinski in the bar at the Beverly Hills Hilton to talk about Chinese business deals?’”

Jarrett explained the federal regulations on special counsel and urged that there is no greater conflict than Hunter Biden being investigated by Joe Biden’s Justice Department.

“I can’t think of any greater conflict than the son of the incoming president of the United States being investigated by dad’s Department of Justice. Biden’s assurance, ‘I won’t talk to my AG about it’ is a subterfuge. The issue is not whether he’ll talk about it but whether there’s a conflict of interest and what AG is going to indict his boss’ son?” he added.

“So, this does require a special counsel.”

“And by the way, if Hunter Biden is not indicted for things like money laundering, RICO violations, tax evasion, fraud and conspiracy, who is going to believe that it was fair and legitimate and objective without a special counsel?” he asked.

Just a few days before he retires from his position, Bill Barr said he feels that a special counsel into Hunter Biden is not necessary.

“There’s more than one investigation but the one we know about the most is the U.S. Attorney in Delaware but U.S. attorneys are all replaced when a new administration comes in. You know, Bill Barr, his stated reason for elevating John Durham from U.S Attorney to special counsel was to make sure that a Biden administration didn’t extinguish the case. The same principle now applies to the potential of extinguishing the Hunter Biden case. So, Barr is nothing if not inconsistent.”