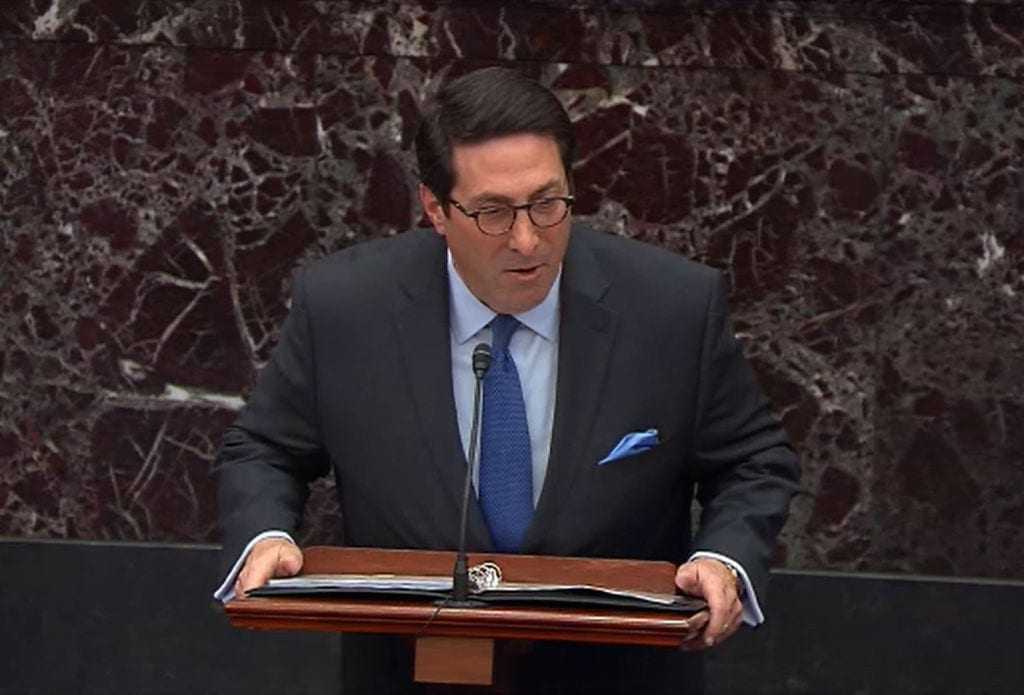 [otw_shortcode_dropcap label=”P” background_color_class=”otw-no-background” size=”large” border_color_class=”otw-no-border-color”][/otw_shortcode_dropcap]ersonal counsel for President Trump, Jay Sekulow, destroyed the Democrats’ demands for witnesses in the Senate impeachment trial in less than 30 seconds. Sekulow was even able to get Rep. Schiff to agree with his assessment of where the arguments now stand.

Sekulow: “After 31 or 32 times you said you proved every aspect of your case… [pauses for response] That’s what you said.”

Sekulow: “Well then I don’t think we need any witnesses.”

Mr. Sekulow is right. If the case is proven beyond any reasonable doubt, or as Rep. Nadler claimed “beyond any doubts” at all, then why do we need any additional “evidence” or “witnesses?”

Additionally, the Democrats know that any of the “evidence” or “witness” accounts that they are calling for are not strong enough to impact the case in either direction.

Unfortunately for Schiff and the Democratic impeachment managers, it appears that their trial is going to fail, and ultimately the American people will decide if President Trump remains in office in 278 days.