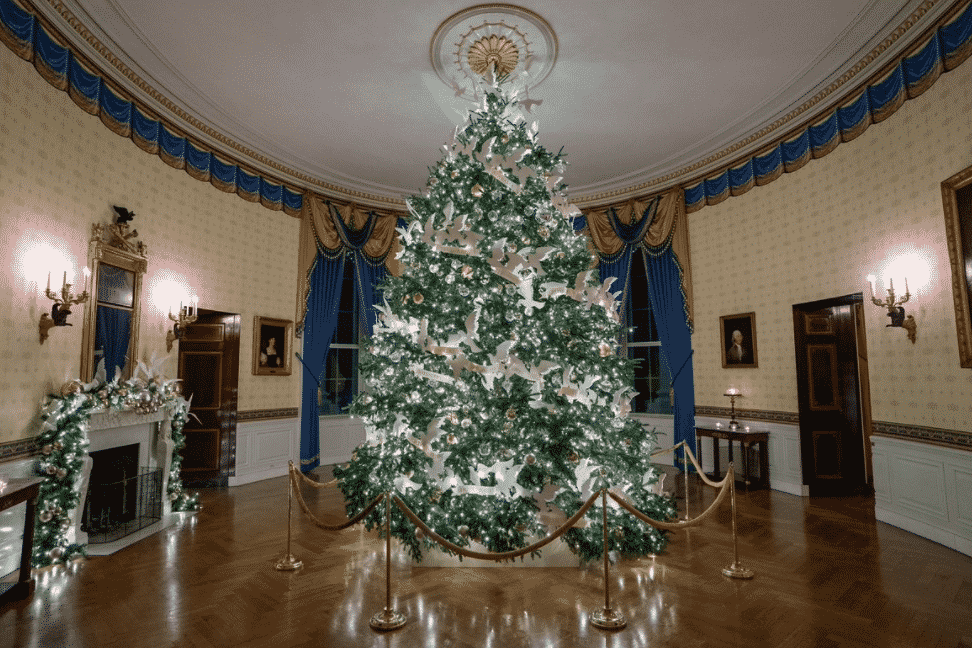 The first lady tweeted a photo of the 18-foot-tall Christmas tree in the Blue Room just before the official unveiling of the White House decorations. Social media users went wild, drawing attention to the lack of color and holiday spirit.

“Where’s the color? Looks like a giant tree with night lights all over it” said one Twitter user. Another user simply said the tree was an “Ugly pagan Christmas tree.” People also began to compare Jill’s decorating style with that of former first lady Melania Trump.

The Fraser fir tree came from Jefferson, North Carolina, and is lit with all white lights and decorated with silver and gold ornaments. Additionally, white doves list all US states and territories in alphabetical order.

“Melania always oversaw beautiful Christmas decorations at the White House. It may not have been her favorite task but they were tasteful & lovely. Critics went out of their way to slam her. This us [sic] tasteless crap the $1 store wouldn’t put up. Fake presents/commercial ugly” Tweeted one user.

Those who defended Biden’s décor praised them as “normal” or a “beautiful contrast” to the last administration’s. There will always be the Trump haters, such as this one who tweeted, “elegant splendor back in the White House thanks, Dr. Jill. You have class. And once again we can smile at your elegance instead of past tackiness.”

Another user had a bizarre compliment for the first lady writing, “thank you so much for decorating the White House in a way that doesn’t require hours and hours of therapy later.”

In this article:Christmas, Jill Biden