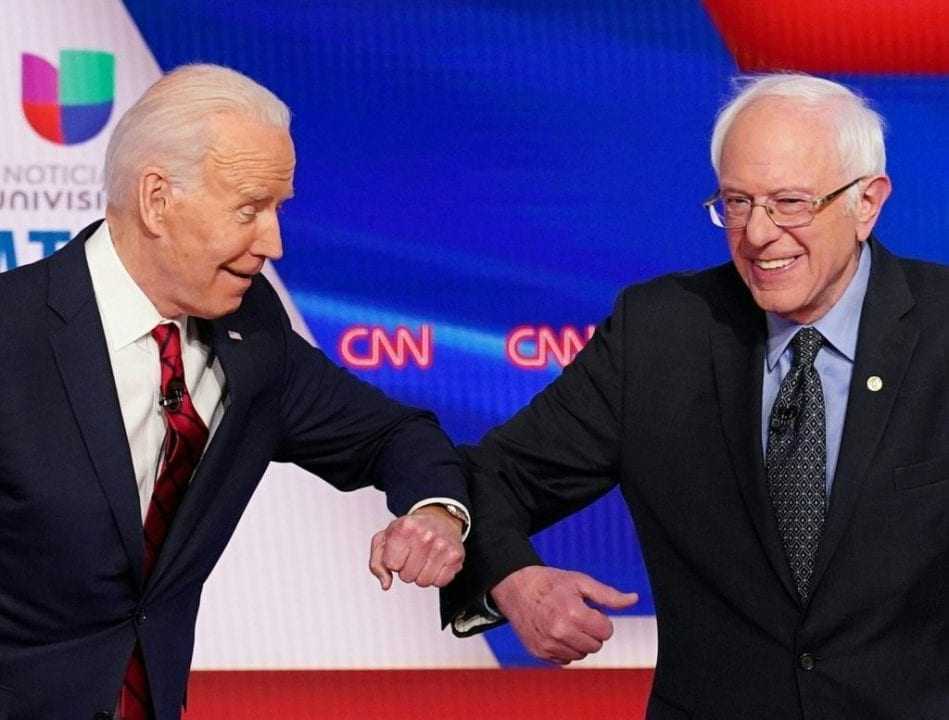 [otw_shortcode_dropcap label=”V” font=”Ultra” background_color_class=”otw-no-background” size=”large” border_color_class=”otw-no-border-color”][/otw_shortcode_dropcap]irtual happy hours are so hip right now, and former Vice President Joe Biden might just be planning the biggest virtual party of all time. On ABC’s “This Week” Sunday, Biden told George Stephanopoulos that the Democratic party “may need to do a virtual convention.”

Originally scheduled to begin July 13ththe Democratic National Convention has already been postponed to August 17thdue to unforeseen delays as a result of the COVID-19 pandemic. As of Sunday, Johns Hopkins University data declared more than 312,200 cases of coronavirus and 8,503 deaths.

In discussing the future of the Democratic party as it attempts to oust President Trump, Biden told Stephanopoulos, “well, we’re going to have to do a convention. We may have to do a virtual convention. I think we should be thinking about that right now. The idea of holding the convention is going to be necessary.”

Confusing merry-go-round speaking is nothing new for Biden; we have come to expect it.

Biden continued, “We may not be able to put 10, 20, 30,000 people in one place and that’s very possible.” With a glimmer of hope Biden said, “again let’s see where it is” when the time comes, and alludes to the American people being responsible for what may be allowed. “what we do between now and then is going to dictate a lot of that as well” said Biden.

Just what does the former veep suggest we do between now and then? “My point is that you just got to follow the science,” said Biden. “Listen to the experts, do what they tell you” he added. Without missing a chance to criticize President Trump and take an opportunity to how we would be a superior leader, Biden said “he may not like how he looks in a mask but the truth of the matter is that – follow the science. That’s what they’re telling us.”

How is Biden following the science? “So if I go out in public, and I have not gone to commercial places of late I haven’t gone to my local church…but my generic point is that you should follow the science.” So…Mr. Vice President; you are, or are not wearing a mask when you go out?

Confusing merry-go-round speaking is nothing new for Biden; we have come to expect it. When Stephanopoulos asked if he and the Obama administration should have done more to give warning that a “devastating pandemic” was amongst the highest homeland security risks when they vacated the White House in 2014, Biden became defensive. “We did a whole lot of things, and they got a very detailed breakdown on this by a briefing that the Trump administration (got) when we transition out of office. But the president dismantled almost all of that” he responded.

Biden also accused President Trump of not following “through on any of what we suggested” and that “was a real problem.” Admitting the country needs a COVID-19 vaccine “most of all” he believes the U.S. will also need “at least two more iterations” of a coronavirus relief package such as the one recently passed. We can agree with Biden on at least one thing: we need a vaccine most of all. And frankly, the last thing we need is a new president guided by government bailout principles.