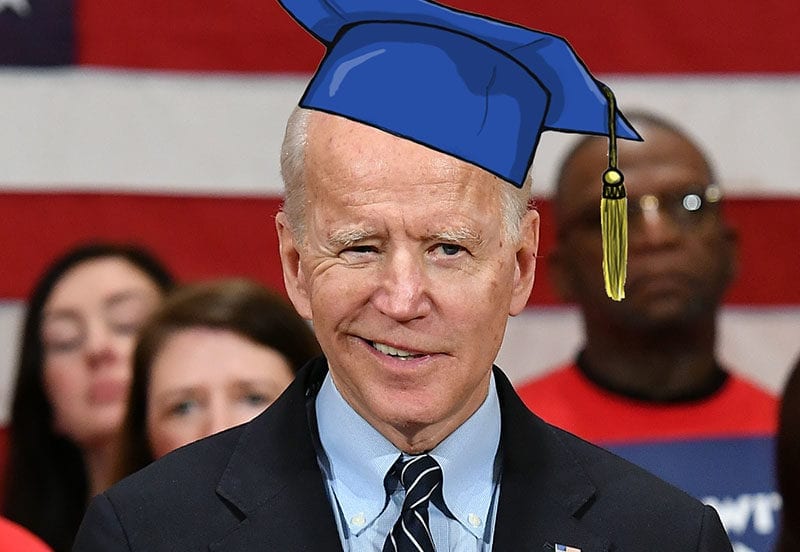 [otw_shortcode_dropcap label=”F” font=”Ultra” background_color_class=”otw-no-background” size=”large” border_color_class=”otw-no-border-color”][/otw_shortcode_dropcap]ormer Vice President and 2020 Presidential hopeful Joe Biden is often tongue-tied and gets facts confused or flat out wrong, but has the gaffe machine entered a new level of confused? 2020 campaigns have had to resort to online campaigning due to the coronavirus. During a virtual roundtable yesterday, Biden’s comments created a domino effect of confusion.

While speaking to and taking questions from “young people” the topic of student debt arose. Oddly, Biden dove into the time he spent on “campus.” Biden exclaimed, “when I left the United States Senate, I became a professor at the University of Pennsylvania.”

That’s funny, we could have sworn he was the vice president under President Barack Obama after he left the Senate. Biden went on to proclaim, “and I’ve spent a lot of time – and the University of Delaware has the Biden School as well, so I’ve spent a lot of time on campus with college students.” Regardless of how being a professor or spending physical time on a campus equates to credibility on student debt or running the country, it’s just not true.

In 2017 Biden did receive the title of “Benjamin Franklin Presidential Practice Professor” from the University of Pennsylvania. The university did open the Penn Biden Center for Diplomacy and Global Engagement in Washington, D.C., but Biden spokesperson Kate Bedingfield said at the time Biden “will not be teaching classes.” Bedingfield is currently Biden’s campaign manager. Fox News recalls “Biden similarly claimed he ‘became a teacher’ on the campaign trail back in February although he didn’t specifically say where he taught.” It’s likely Biden will not beat Trump in November, so perhaps it reallyistime for Biden to become a professor.

In this article:Joe Biden, news3, Professor, University of Pennsylvania