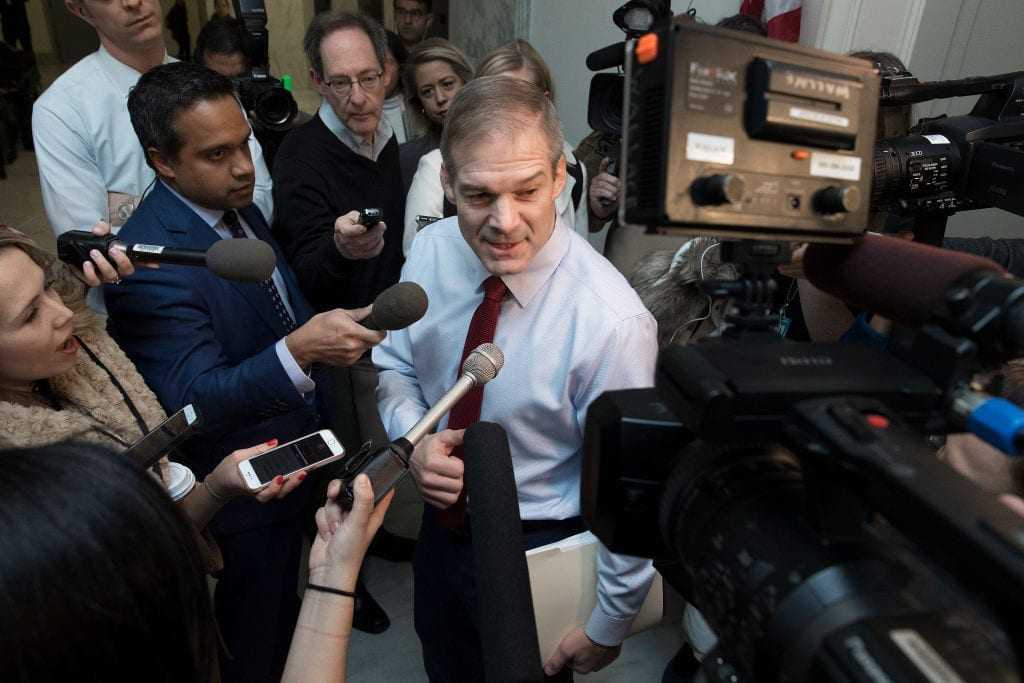 After a closed-door interview with another impeachment witness who is claiming their feelings and opinions are credible evidence in a case to impeach President Trump, Representative Jim Jordan informed the press that Representative Schiff is refusing to allow witnesses to answer the simplest of questions.
Representative Jordan said, “I think most of you know chairman Schiff has prevented the witness from answering certain questions we have during the deposition. One of the things you do in these depositions is ask the basics, who, what, where, when, why.

You ask those questions. When we asked the whistleblower who he spoke to after important events in July, Adam Schiff said, no-no-no we’re not going to let him answer that question.  Even though at the start of every one of these depositions, you all know this already, at the start of every single one he says this is not classified. He tells us that. The witness has their counsel there, their lawyer there. They don’t need Adam Schiff being chairman and lawyer. But that’s what happened today.”

Considering he lied about his contacts with the initial whistleblower, and meeting with Micheal Cohen before his congressional testimony, this seems to be a highly likely scenario.