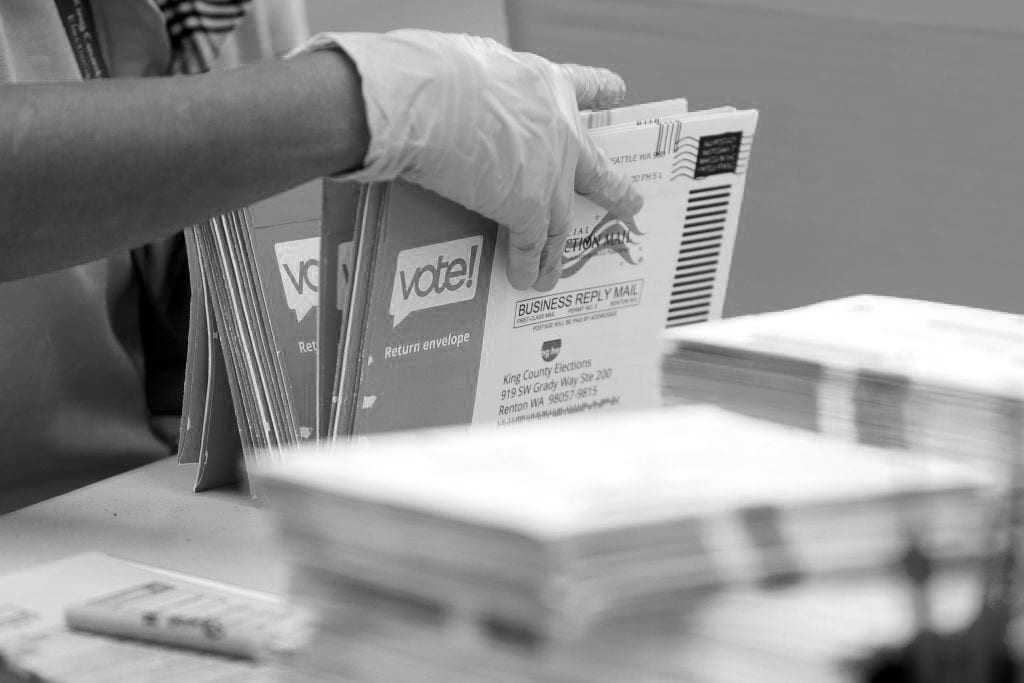 A Washington, D.C. federal judge has just ordered “U.S. Postal Service inspectors to sweep more than two dozen mail processing facilities for lingering mail-in ballots and for those ballots to be sent out immediately” reports the Associated Press. U.S. District Judge Emmet Sullivan has ordered the inspections to be completed by 3 p.m. eastern standard time and certify by 4:30 p.m. ET that they were completed and no ballots were left behind.

“The ruling came in response to a lawsuit brought by groups such as Vote Forward, a voting rights organization, and Latino community groups,” reports Reuters. “Affected by the order are central Pennsylvania, northern New England, greater South Carolina, South Florida, Colorado, Arizona, Alabama and Wyoming as well as the cities of Atlanta, Houston, Philadelphia, Detroit and Lakeland, Florida.

Also, today, the North Carolina State Board of Elections voted to allow four polling places to stay open later because they reportedly opened late. “The longest extension was 45 minutes for a site in Sampson County. That means the state can’t publicly report any statewide results until 8:15 p.m.” reports AP.

Voting equipment issues have been reported sporadically. The New York Post has reported many issues occurring on election day including In Christian County, Missouri, voting was delayed due to a glitch on the electronic polling pads. Bucks County, Pennsylvania experienced a scanner malfunction, causing reports of people waiting in the freezing cold for over an hour to vote.

The Post reported, “Many machines in Spalding, County, Georgia were shut down until 10 a.m. due to human error when workers there incorrectly programmed the machines, creating long delays and forcing some voters to return later in the day, according to WSB-TV in Atlanta.”

Just after 7 a.m., the Ohio Secretary of State tweeted, “This morning we learned that the Franklin County Board of Elections was not able to upload all early in-person voting data into their electronic check-in system.” They added, “because of this, they are shifting to paper poll books to check-in voters today” and emphasized moving to paper polling would “ensure the integrity of the system and so no voter may vote twice.”

In this article:ballots, Judge, Postal Service