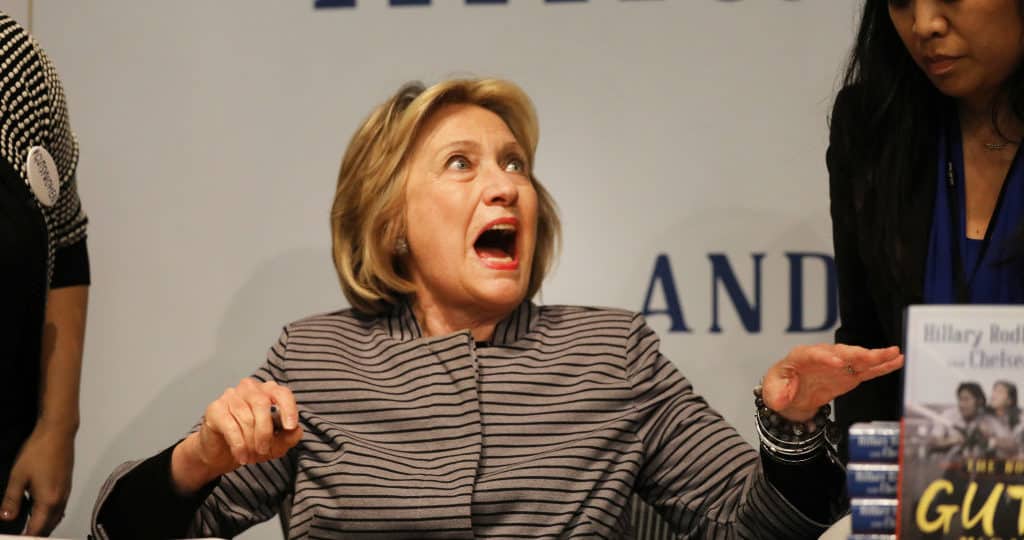 Sussmann’s trial for making a false statement to the FBI begins Monday in Washington, D.C. Sussmann told the Bureau’s general counsel, James Baker, that he was not working on behalf of any client when he came forward with alleged evidence of collusion between the Trump organization and the Russian Alfa bank, according to a text message between the two obtained by Durham and revealed in an earlier filing. But time logs from his law firm, also obtained by Durham, show that he was in fact being paid by Hillary Clinton’s presidential campaign at the time.

The defense argued the emails were protected by attorney-client privilege and attorney-work-product doctrine. “Cooper ruled that only 16 of the messages were protected for those reasons, and directed Sussmann’s attorneys to turn over the remaining 22 messages to Durham.”

However, Cooper will not allow Durham to introduce any of the unprotected 22 emails during Sussmann’s trial, supposedly due to the “untimeliness” of Durham’s request.

Tech executive Rodney Joffe told Sussmann in 2016 that there was evidence of “communications between internet servers maintained for the Trump Organization and servers belonging to Russia’s Alfa Bank.” Sussman went on to pass that information along to Perkins Coie partner Marc Elias, Fusion GPS, and the FBI in a meeting with Baker.

The emails not protected by w0rk-product doctrine or attorney-client privilege “mostly involve internal communications among Fusion GPS employees,” according to Cooper.

While the defense argued that the emails could be protected as “work product,” Cooper determined that the communications were not only related to advising the Clinton campaign on the risk of a defamation suit, but also a media relations strategy that “included pitching certain stories, providing information on background, and answering reporters’ questions.”

Similarly, Cooper ruled that they were not protected by attorney-client privilege because they were part of a media relations, rather than any legal strategy.

Other emails between Fusion GPS employees were ruled to be protected because their purpose could not be determined by the court, so sworn statements from Elias and Joshua Levy, an attorney for Fusion GPS, sufficed in establishing it.

The content of still more emails, sent by Joffe to Sussmann and a Fusion GPS employee, was determined to be consistent with Joffe’s brief, which states that “the purpose of the [] communications at issue was to obtain [Fusion’s] assistance in cybersecurity and technical matters to allow Mr. Sussmann to provide [Mr. Joffe] competent, informed legal advice.”

None of the emails, protected or not, will be allowed to be entered into Sussmann’s trial, however. Cooper writes that “the Court generally agrees with the defense that the government waited too long to compel production of the withheld emails.”

“The Special Counsel waited some eight months after it was aware of the privilege holders’ final position to seek court intervention,” added Cooper, who said that allowing the emails to be used in the trial “would prejudice Mr. Sussmann’s defense,” because his attorneys would need to devote time to reviewing and preparing for the prosecution’s use of them.

Cooper also noted that “the Court takes no position on the other approximately 1500 documents that Fusion GPS withheld as privileged, as they are not the subject of the government’s motion. However, the Court will apply the principles set forth above to any assertions of privilege during witness testimony at trial.”