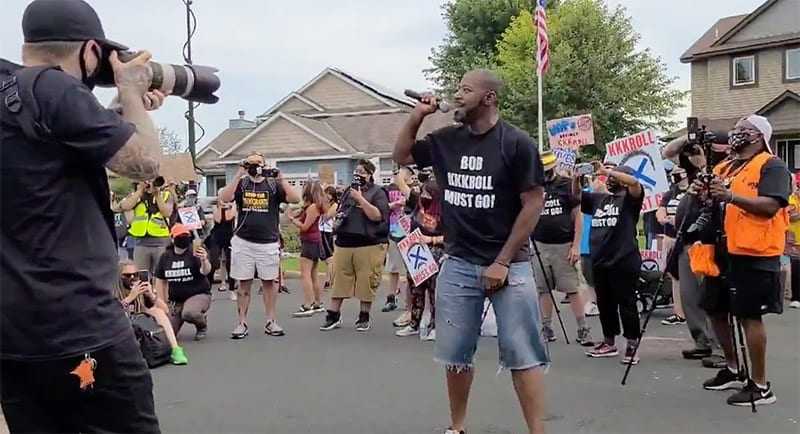 In an impressive legal display of objectivity, a U.S. District Court Judge “questioned why federal prosecutors had not brought more cases against those accused in 2020 summertime protests.” The question was brought up during the sentencing of an individual who took part in the January 6 riot on the U.S. Capitol.

Judge Trevor McFadden, a Trump appointee, suggested “the Justice Department was being too hard on those who broke into the Capitol compared to the people arrested during anti-racism protests following George Floyd’s murder” reports the Associated Press.

On Friday, McFadden stated federal prosecutors had not brought a sufficient amount of cases against the 2020 protestors during the Black Lives Matter riots. McFadden read out statistics of “Cases in the nation’s capital that were not prosecuted.”

The sentencing was for January 6 rioter Danielle Doyle. McFadden rejected prosecutors’ recommendation for two months of home confinement for Doyle, handing down a probation instead.

“I think the U.S. attorney would have more credibility if it was even-handed in its concern about riots and mobs in this city” said McFadden during Doyle’s sentencing. The Associated Press reports McFadden’s statements “Were a major departure from the other federal judges overseeing insurrection cases so far, despite other Trump appointees on the court assigned to the hundreds of cases.”

McFadden said Doyle was “acting like all those looters and rioters last year. That’s because looters and rioters decided the law did not apply to them.” McFadden added Doyle’s behavior was not excusable. He called it a “national embarrassment,” comparing it to the protests following the murder of George Floyd last year that made “us all feel less safe.”