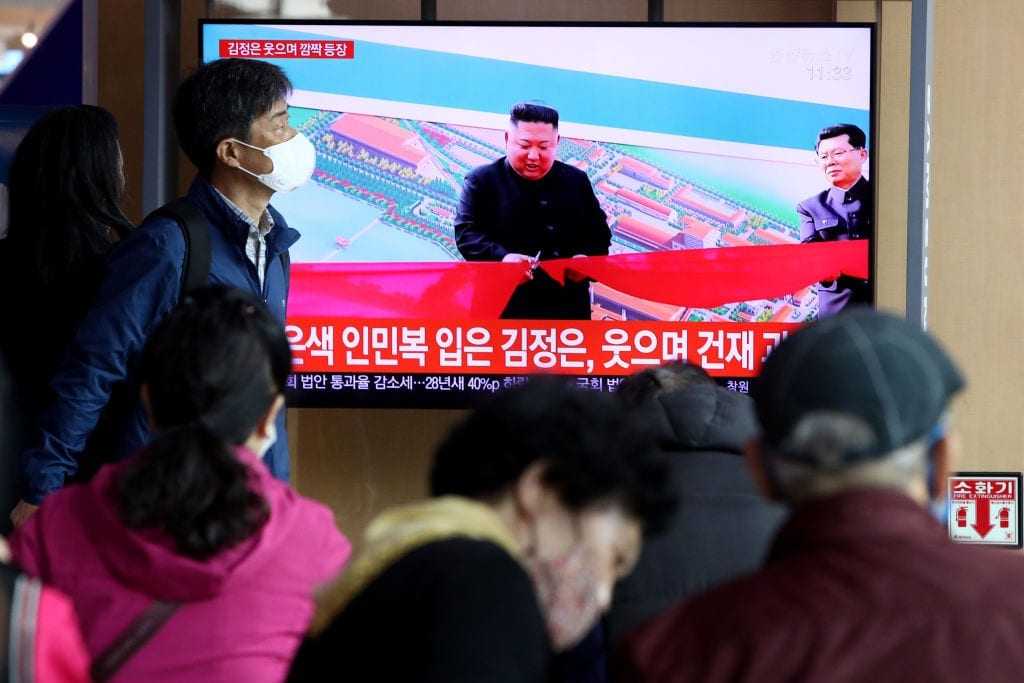 [otw_shortcode_dropcap label=”I” font=”Ultra” background_color_class=”otw-no-background” size=”large” border_color_class=”otw-no-border-color”][/otw_shortcode_dropcap]t was a bizarre sight for the world to watch Korea’s state-run media released photos and video of a happy go lucky Kim Jong Un over the weekend attending a ribbon-cutting ceremony for a new fertilizer factory. It has been weeks of speculation and conspiracies that Kim Jon Un may be gravely ill or even dead, since he had not been seen publicly since April 11th. The rumor mill ran rampant that the overweight smoking dictator had a cardiac episode and needed stents placed in his heart. There were even reports that specialized physicians from China had been sent to assist Kim after his heart surgeon was too nervous and ill-equipped to handle the procedure himself.

But alas, images of the 36-year-old give the impression of a happy and mobile leader who has even reverted back to his chain-smoking habits. However, some are not satisfied with the released media. Social media sleuths went wild comparing old pictures of Kim Jong Un to the ones recently released critiquing every little detail, concluding it was a body double the world saw on May 1.

“It’s a well-known fact that Kim uses body doubles” reports the International Business Times (IBT). “He often travels with them to ward off possible assassination attempts.” In 2017, The Sun released incredibly eerie video footage of what looks to be Kim Jong Un conversing with two of his lookalike body doubles.

Even Kim’s father, Kim Jong-il was rumored to “have sent a body double to meet Bill Clinton during the former president’s visit to Pyongyang in 2009” stated IBT.

Tyrants with body doubles are so cliché. And also, so common. Hitler, Mussolini, Stalin, Saddam Hussein, and even his two sons Uday and Qusay all used body doubles for a multitude of reasons. Primarily it was to avoid potential risk and assassination attempts. It can also be a ploy to manipulate public perception and global narrative, likely to appear to still be in charge and in control so as to dissuade foreign intruders. Who is to say Kim Jong Un is not in critical condition, or dead, and a body double was happily smoking away at the ribbon-cutting ceremony?