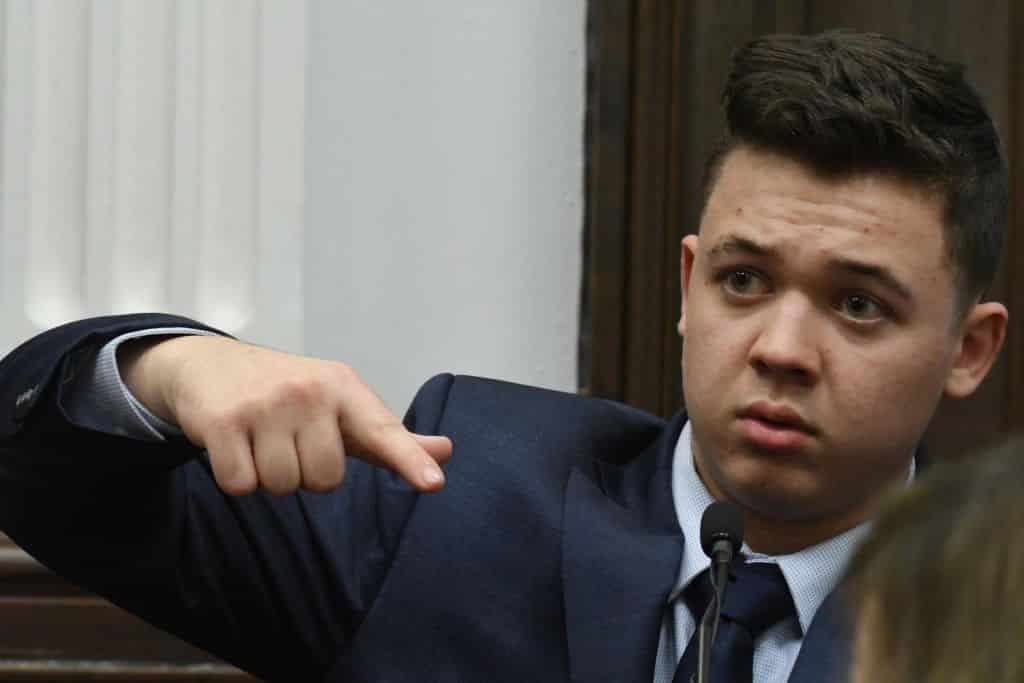 This is the new “woke” justice system.  Get used to it.

A young man is chased down and assaulted by violent protesters and chooses to defend himself as the law properly provides.  This means he gets attacked again by “woke” prosecutors who charge him with crimes because the “woke” mob demands it.

Ain’t it great living in a “woke” world?

Here’s how it works.  Under the guise of racial equity and social justice, all manner of mayhem is encouraged.  It’s perfectly okay to loot, pillage, and burn down communities.  The “woke” media will glamorize it.  A major city mayor will cheer it as the “summer of love.”  Forget the beatings, firebombs, looting, vandalism and wholesale destruction of businesses.

Let’s be clear about what you cannot do.  Never describe the violence for what it is.  And, for God’s sake, don’t dare do something about it.  Don’t even think of defending yourself or your property or the lives of others.  You’ll be prosecuted despite video and eyewitness evidence of innocence.  Because in our new age of “uber-wokeness” the law doesn’t matter.  Facts are immaterial.

Under the guise of racial equity and social justice, all manner of mayhem is encouraged.

This is the lesson learned from the events in Kenosha, Wisconsin where Kyle Rittenhouse is on trial for defending himself with lethal force when he was hunted down by thugs who yelled, “get him…kill him.”  He was pelted with rocks, kicked in the head, attacked and assaulted.  One man tried to bludgeon him with a heavy skateboard.  Another man took aim at him with his loaded pistol.  It’s all on videotape and corroborated by witness testimony.

Prosecutors had all of this exculpatory evidence in their possession a year ago.  In another time and place, they would have declared it a clear-cut case of self-defense and correctly declined to press criminal charges against the real victim.  Instead, they would have charged the attackers.

But that didn’t happen here because, ’ya know…that ain’t “woke.”

Which brings us to Wednesday’s dramatic testimony when Rittenhouse stepped to the witness stand.

It’s always a risky move for an accused to testify, especially when the defense appears to be winning the case.  But since Rittenhouse is asserting the affirmative defense of self-defense, his lawyers likely thought it was incumbent on their client to tell the jury that he felt in “imminent fear of death or serious bodily injury” when he fired his weapon.  That’s the legal standard for self-defense.

Maybe it was Rittenhouse who insisted on taking the stand to defend himself in court, just as he chose to defend himself on the streets of Kenosha in August of 2020.  It may prove to be a wise decision.  Jurors yearn to hear from the lips of the accused, “I had to shoot because I thought I was going to die.”  Refusing to testify invariably invites the persistent thought that the defendant is hiding something and is afraid to face his accusers.

People can reasonably disagree, but I felt that Rittenhouse came across as candid, sincere, and credible.  Sobbing at times, he recounted the sheer terror of being outnumbered, chased down and attacked.  He managed to paint a vivid picture of the violence that confronted him and the imminent fear of death that prompted him to try to stop it with bullets.

He held up well on cross-examination, but that was mostly because the lead prosecutor was so profoundly inept.  I wondered whether the guy was actually trying to get his losing case tossed out with a mistrial.  I suspect the judge was thinking the same thing.

In the annals of judicial beat-downs, this one was right up there near the top.  A visibly furious Judge Bruce Schroeder lambasted prosecutor Thomas Binger for “brazenly” violating the constitutional rights of the accused.  You could almost see the steam coming out of Schroeder’s ears as he delivered a withering tongue-lashing.

And I don’t blame the judge one bit.  Not at all.  There’s nothing more egregious than jeopardizing the integrity of a trial and our system of justice by trampling on the cherished rights guaranteed in our Constitution.

It is fundamental that a prosecutor can never, ever comment in front of the jury about the defendant’s Fifth Amendment right to remain silent until he decides to take the witness stand.  That is sacrosanct.  Even a bumbling, neophyte trial lawyer knows this.  Yet, the prosecutor remarked on it, as if Rittenhouse’s silence for the last year was somehow incriminating.  That is absolute grounds for a mistrial.

The prosecutor also breached another sacred constitutional right —the right of an accused to be present during his trial.  The assistant D-A accused Rittenhouse of tailoring his testimony by listening to the prior witnesses.  Seriously?  What blockhead would say such a thing?  Yet, it happened.  The prosecutor ignored (and one might say, mocked) the defendant’s constitutional right to be confronted by his accusers —to sit there and hear their accusations.

Finally, before the trial ever began, the judge ruled that any previous comments the defendant may have made to a friend about his gun were irrelevant and inadmissible.  The prosecutor proceeded to violate the judge’s order by broaching the forbidden subject.  Schroeder was understandably incensed.  Okay, he was outraged.  And he said so in no uncertain terms.

The conduct of the prosecutor was inexplicable and wrong.  It prejudiced the case against the accused in a way that probably cannot be cured with an instruction from the judge to the jury.

We don’t know how Schroeder will rule on the pending defense motion for a mistrial.  If he concludes that the wrongful conduct was deliberate in an effort to cause a mistrial because the prosecution felt it was losing its case, the judge is empowered to dismiss all charges with prejudice.

This would effectively deny any future re-trial based on the principle of double jeopardy.  The Constitution prohibits a person from being tried twice for substantially the same crime.

If Judge Schroeder ends the trial or if the jury acquits —either way— the “woke” mob will once again take to the streets to protest their twisted perception of justice run amuck.  After all, that’s what they do.

Because hey man…’ya gotta be “woke!”