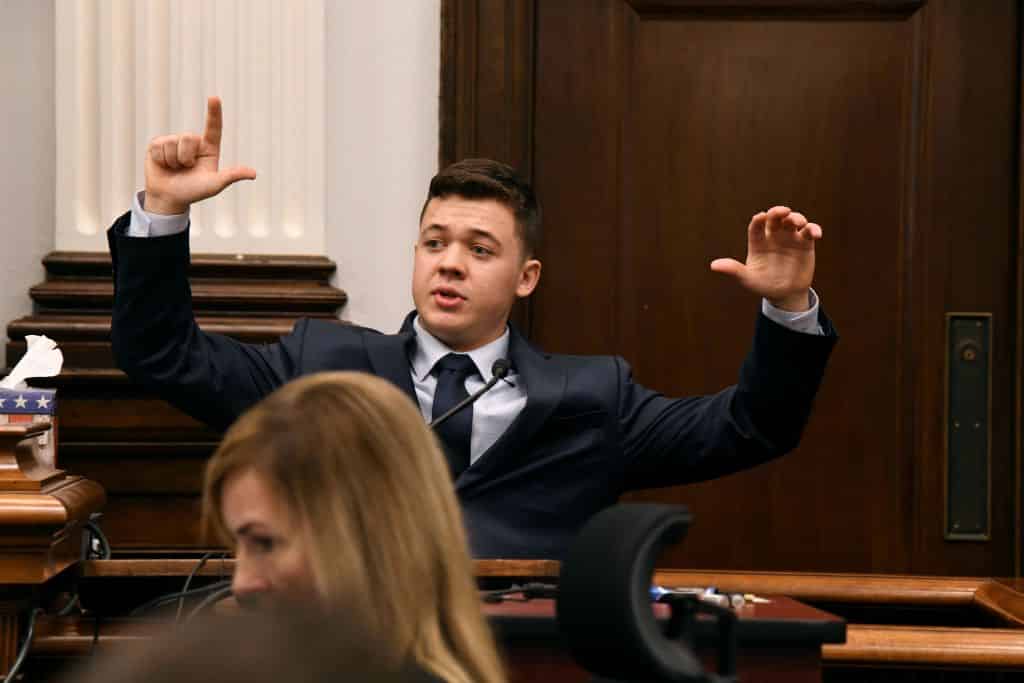 Cross-examination is known as the “engine of truth.”  If done effectively, deceptions are shredded, lies unravel, and the truth emerges.

And so it happened in a Kenosha, Wisconsin courtroom in the murder trial of Kyle Rittenhouse who stands accused of fatally shooting two men and wounding a third during a night of destructive protests in August of 2020.

The mainstream media immediately convicted Rittenhouse in the court of public opinion, which told me that he was likely innocent and had lawfully exercised his right of self-defense.

Liberal journalists never care about facts, evidence, or the law.  They only care about condemning anyone who might have opposed the summer of “woke” violence that permeated the American landscape.

On cross-examination, the key prosecution witness, Gaige Grosskreutz, who was shot by the accused, was forced to tell the truth.  He confessed that he advanced on the defendant and pointed his loaded pistol at Rittenhouse who only then responded by firing first.

The law of self-defense is clear: if someone aims a gun at you, you are allowed to shoot at that person as long as you are in reasonable fear of imminent death or serious bodily injury.  You don’t have to wait to be shot before defending yourself.

The gun-toting witness said, “Well, I didn’t intend to point my gun at Rittenhouse.”  That’s irrelevant.  The law doesn’t demand that the Rittenhouse be a mind-reader…or guess at the gunman’s underlying intention.  The defendant is allowed to assume that since someone is pointing a gun at him he’s about to be shot.  That entitles him to defend himself with lethal force.

It didn’t help that Grosskreutz lied to police by claiming he dropped his gun when he didn’t.  He had to fess up to his deception because a photograph captured him in vivid detail holding his pistol and aiming it at Rittenhouse who was on the ground.

It also didn’t help that the crumbling witness filed a $10 million lawsuit against the city…and stands a far greater chance of profiting handsomely if the defendant is convicted.  That constitutes a motive to lie or coverup the truth.

So, the jury should find in favor of the defendant on this count of attempted homicide.

But there are still two other charges of homicide relating to the two people fatally shot by Rittenhouse.  But again, witnesses have testified that one of the men was belligerent and menacing…and threatened to kill Rittenhouse after chasing him down.  The other man is seen on video trying to bludgeon the defendant with a heavy skateboard.

The jury may well conclude that these shootings were also in self-defense.