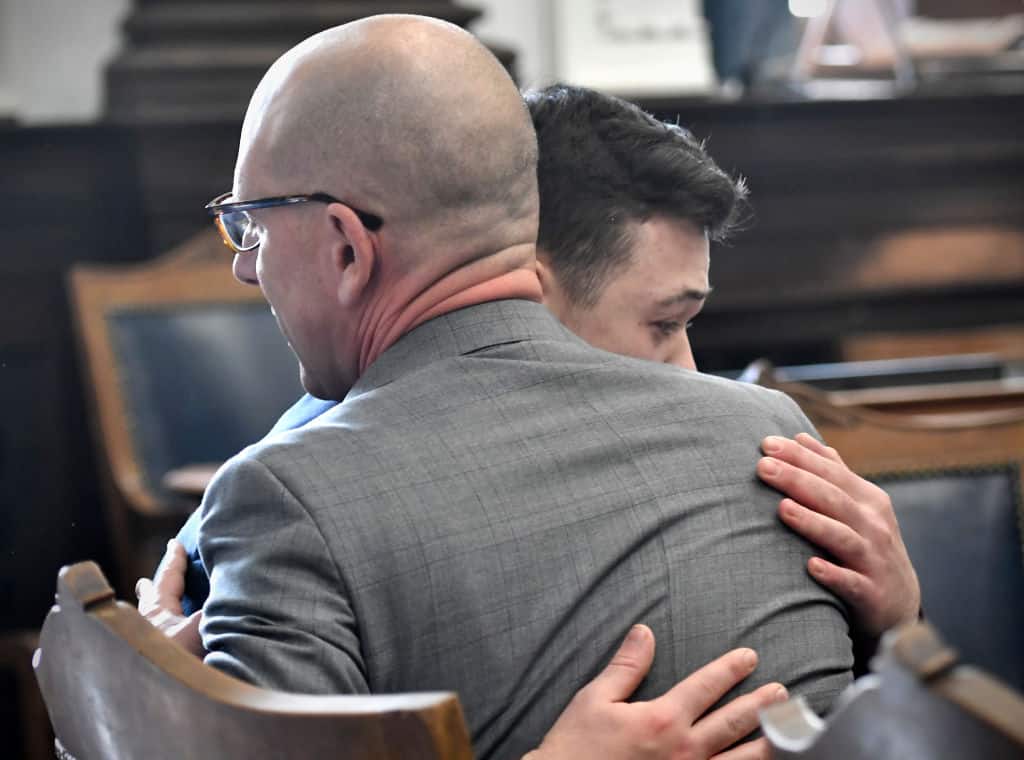 If Americans actually watched the homicide trial of Kyle Rittenhouse and did not listen to the biased and hyperbolic coverage on MSNBC and CNN, they understood completely Friday’s “not guilty” verdicts on all criminal charges.

The witnesses and videotape footage corroborated the account given by the accused when he took the stand and relived how he reasonably feared he was in imminent danger of death or grave bodily injury when he opened fire with his weapon.

Jurors did not believe the prosecution’s anemic argument that Rittenhouse provoked the encounters and forfeited his right to defend himself. It was, in a word, a “crock.”

Instead, what the jurors saw and heard was a 17-year old being targeted and hunted down by an angry crowd with the shout, “get him…kill him!”

As he tried to escape, Rittenhouse was pelted with rocks, kicked in the head, attacked and assaulted. One rioter threatened to kill him and grab his gun. Another tried to bludgeon him with a heavy skateboard. Still another took aim at him with his loaded pistol. Only then did Rittenhouse exercise his right to defend himself.

Prosecutors never had a legitimate homicide case. They should have known that they could never prove their charges beyond a reasonable doubt. All they had to do was examine the reams of video and interview the witnesses. But they didn’t do that. They rushed to judgment and indicted Rittenhouse in less than 48 hours because the “woke” mob demanded it. And so did the mainstream media. 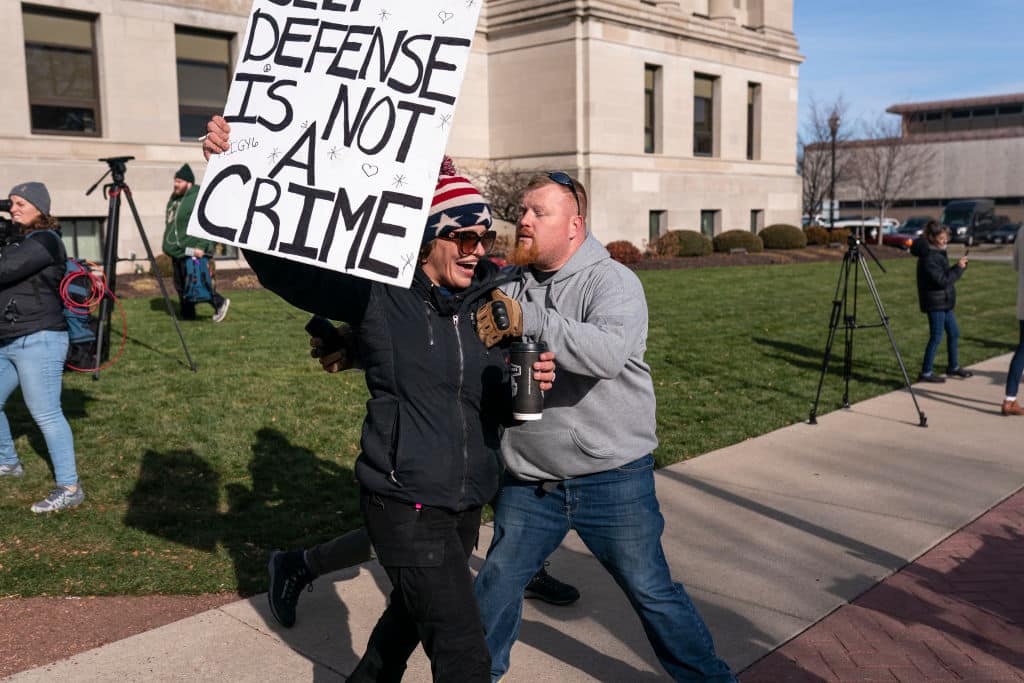 Prosecutors never understood their evidence because they never bothered to scrutinize it. During opening statements, they made promises they could not possibly fulfill and ended up contradicting themselves. Their own witnesses undermined the prosecution’s case. In the end, the evidence was compelling and convincing that this was a case of self-defense under the law, the leftist media’s false narrative notwithstanding.

It took twelve jurors four days to reach their unanimous decision. They were thoughtful and deliberate. It was a complicated case. They surely felt the great weight of their own measure as they determined the fate of a young man on trial who was facing decades behind bars. They took whatever time was needed. They wanted to get it right and they did.

The media is another story. On Thursday, Judge Bruce Schroeder banned MSNBC from the courthouse after its producer was arrested for trailing the van transporting the jury the night before, apparently in order to photograph them in direct violation of a judicial order. Beyond the manifest stupidity of it, attempting to invade the security of the jury jeopardizes the integrity of its deliberations. It’s called jury tampering and intimidation.

No one seemed surprised that MSNBC was behind the shenanigans. Their anchors and pundits exhibited unabashed hostility toward Rittenhouse from the outset. Without credible evidence, they portrayed him as a “White supremacist” and even called him a “domestic terrorist” who was acting as a vigilante and mass murderer. With unmistakeable racist overtones, far-left host Joy Reid mocked the defendant for his “White tears.”

MSNBC convicted Rittenhouse in the court of public opinion. But in a Kenosha court of law, the jury had the final say. It took courage for them to ignore outside forces that seemed determined to step heavily on the scales of justice.

As jurors deliberated, protesters demanding a conviction maintained a steady presence on the courthouse steps. At times they employed amplified bullhorns to shout, “No justice, No peace!”

Their denunciations could be heard inside the courtroom and, presumably, the adjacent jury room where earnest citizens were trying to reach an important decision unimpeded by antagonistic forces. Surely they heard the constant threat of “no peace” meant to instill fear in the jury that a verdict to acquit might result in the burning and pillaging of their community all over again. It was jury intimidation in the extreme. 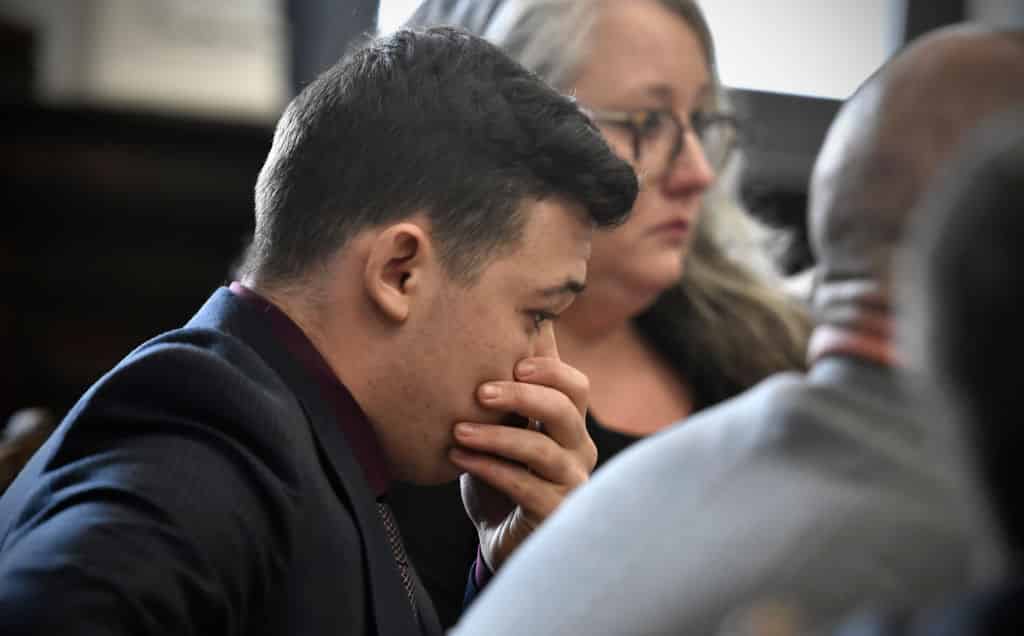 Yes, protesters have a First Amendment right to demonstrate. But individual expression is not an absolute right. Free speech is subordinate to the defendant’s constitutional right to due process and a fair trial. The Supreme Court has repeatedly held that protests can be reasonably restricted in time, place and manner “to protect the administration of justice.”

The anti-Rittenhouse swarm should have been moved a block or two away from the courthouse where menacing rants could not be heard by the jury.

Judge Schroeder expressed exasperation over the media’s coverage, labeling it “grossly irresponsible,” “shameful” and “frightening.” I don’t disagree. But his frustration seemed driven by the unfounded criticism over his own decisions in the case. In truth, the judge was vigilant in protecting the constitutional rights of the accused to ensure that he received a fair trial. For those good deeds he was unfairly maligned.

Schroeder reportedly received threatening communications from the public over his ruling to disallow the use of the word “victims” to describe the three men who were shot by Rittenhouse. But the judge’s decision was both correct and not at all unusual in a case where the accused invoked the affirmative defense of self-defense. The term “victim” unmistakably implies that the persons who were shot were blameless and the defendant, therefore, victimized them. The evidence proved otherwise.

Schroeder may also have been reacting to the shellacking he took from legal pundits who don’t know much. On CNN, attorney Bakari Sellers asserted that the judge is “showing his conservative credentials,” perhaps unaware that he was appointed to the bench by a Democrat. Rigorously safeguarding the constitutional rights of an accused from prosecutorial overreach (dropping the misbegotten gun charge) and misconduct (criticizing the defendant’s right to remain silent) is not a political maneuver. It is a sacred duty that all good judges exercise.

His honor’s frustration was laid bare in court when he mused about banning cameras in future trials. With all due respect, he was conflating cameras with bias.

You can remove the televised coverage in a high-profile trial, but the same uninformed attacks by the likes of MSNBC and CNN would persist. Except that the public would be forced to rely entirely on second-hand accounts from the hopelessly biased media stationed inside the courtroom and be deprived of witnessing the evidence with their own eyes.

Seeing is believing. Contorted commentary would not cease, but become more outrageous and less credible. This would be a mistake that only compounds misinformation.

The wheels of justice sometimes turn slowly. It takes time to sort through evidence and testimony before deciding whether to bring criminal charges that can ruin an innocent man’s life. Kenosha prosecutors failed in their due diligence. They capitulated to public pressure driven by the liberal mob and ignorant members of the media who condemned Rittenhouse without examining any of the evidence and comparing it to the law of self-defense.

Kyle Rittenhouse will forever be tainted by the false accusations leveled against him. He should now sue all of those who slandered him, including a guy by the name of Joe Biden who defamed him as a White supremacist.