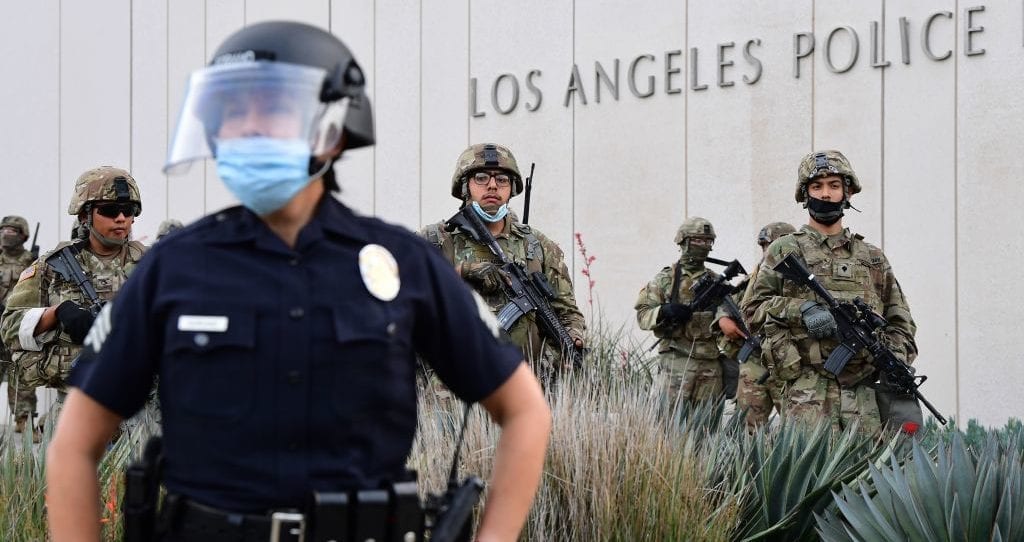 [otw_shortcode_dropcap label=”I” font=”Ultra” background_color_class=”otw-no-background” size=”large” border_color_class=”otw-no-border-color”][/otw_shortcode_dropcap]t’s the liberal hypocrisy as old as time. The very leaders and public figures who condemn the second amendment do so while simultaneously being protected by law enforcement or bodyguards who are carrying guns. A Los Angeles City Council leader went a step further and called for defunding the Los Angeles Police Department; her personal security detail is made of LAPD officers.

Journalist Natalie Brunell tweeted on Monday, “While one LA Councilmember was introducing a motion to cut $150 million in #LAPD funding, that official also had round-the-clock private security provided by the department at their home. @LAPPL calls it hypocrisy, adding it may have cost taxpayers around $100k.”

While one LA Councilmember was introducing a motion to cut $150 million in #LAPD funding, that official also had round-the-clock private security provided by the department at their home. @LAPPL calls it hypocrisy, adding it may have cost taxpayers around $100k. @SpecNews1SoCal pic.twitter.com/lrrRC65oj1

Martinez has received some backlash and the NYPD is fighting back. Det. Jamie McBride, director of the Los Angeles Police Protective League, the LAPD’s union, responded “it’s kind of ironic. Here she is demanding $150 million be reallocated from the police budget, but yet she has security at her house by the Los Angeles Police Department.”

Neighbors of Martinez didn’t want to speak to Spectrum News 1 on camera but “confirmed the units had been there for two months” and said they were pleased to have the security of the LAPD during the past months. LAPD sources confirmed they had been directed to “provide 24/7 security” almost always staffed by two officers. On May 6 the timing was slightly decreased to only patrol from 7 am to 9 pm “with roving patrol checks overnight.”

McBride, who has been in law enforcement for 30 years said of the LAPD protecting Martinez: “It’s disgusting. For two officers in front of a residence since April, you’re probably over $100,000 of the people’s money.”

LAPD could not offer details as to whether or not credible threats existed, but what we do know is “the protection detail was canceled Thursday night” when Martinez’s office was first contacted by Spectrum News 1. Who will Martinez call when she and her daughter receive death threats if she and her liberal cohorts succeed in dismantling the police?