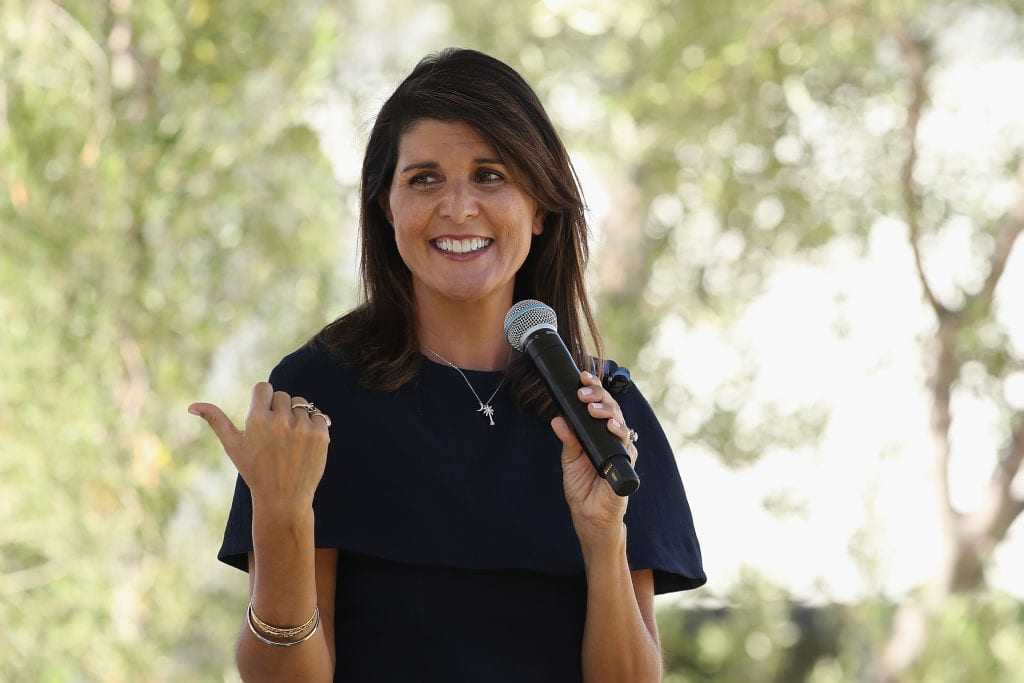 While the 2020 election feels like it was just yesterday, Nikki Haley is wasting no time when it comes to the 2022 election cycle.

The former U.N. ambassador just launched a political action committee to boost support for conservative candidates ahead of the 2022 midterm election.

Stand for America PAC – a separate entity from Haley’s “Stand for America” advocacy group – describes itself as “laser-focused on the 2022 midterms and electing a conservative force to the House of Representatives and U.S. Senate to counter the liberal agendas of Joe Biden, Kamala Harris, Chuck Schumer, and Nancy Pelosi.”

The PAC will support onservative candidates who will “defend America’s founding principles: freedom; opportunity for all; free speech; limited government; capitalism; the rule of law; and a strong national defense.”

The new PAC comes amid Haley’s frequent warnings about the extreme left-wing agenda that will be in focus once Democrats take the White House and Senate next week. The PAC aims to help candidates who oppose radical policies like court packing, defunding the police, “socialist” health care and “appeasing China,” Fox News reports.

“We will support principled conservatives who stand up for the ideas our country was founded on, who believe that America, her people, and her ideas are inherently good,” the PAC says. “We are looking for candidates who understand that the Democrats’ extreme policies must be stopped.”

The PAC will be able to make independent expenditures and $5,000 contributions to candidates.

In the wake of the Capitol riot, Haley urged republican snot to “shy away” from the party’s accomplishments under President Trump.

“And it’s a real shame, because I am one who believes our country made some truly extraordinary gains in the last four years. President Trump and republicans deserve great credit for that,” she said. “We should not shy away from our accomplishments.”