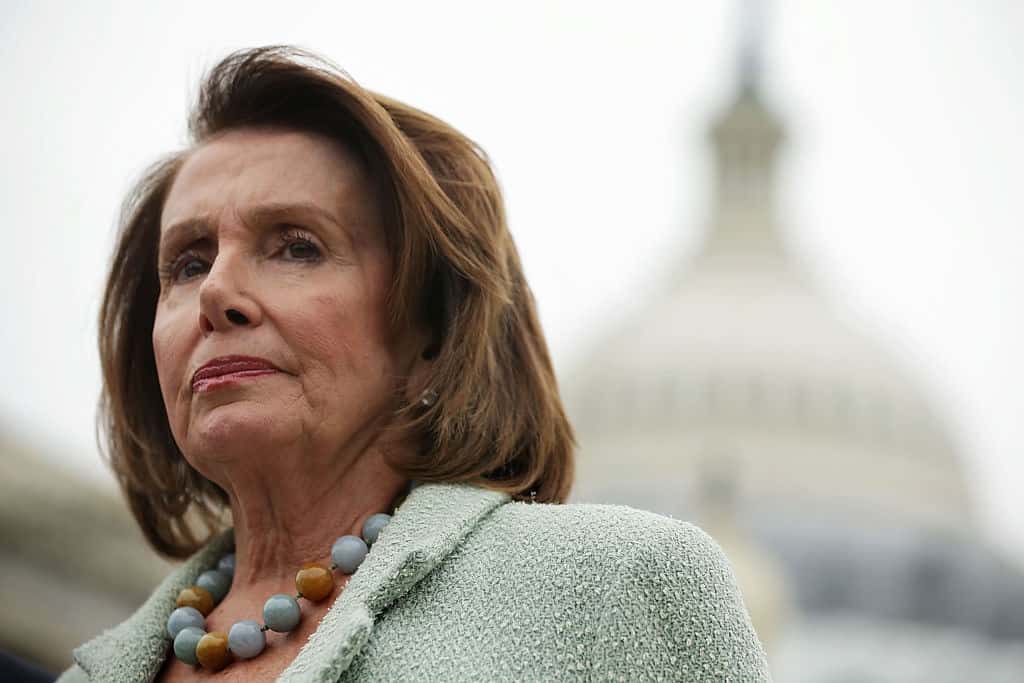 The quixotic quest to impeach President Trump is not only anathema to the fundamental principles of due process, but constitutes a full-frontal assault on the procedural protections inherent in the “due process” clause of the Constitution.

Speaker Nancy Pelosi and her chosen marionette, Rep. Adam Schiff, are operating in the shadows of secrecy. Their authority does not derive from the House of Representatives itself upon a full majority vote. Instead, they have commandeered impeachment power by anointing themselves as the sole determinants.


They alone have chosen a “star chamber” approach to removing the president. The remaining members of the House are left in the dark without access to facts, documents and testimony. So, too, are President Trump and American voters who placed him in office. What is the purpose of an electoral choice by the many if it can be reversed by the furtive maneuvers of the few? Or two?

In any democracy, the principles of transparency and accountability demand that the actions and decisions of elected officials be open to public scrutiny. Citizens have a right to know what their government is doing. This is even more essential when Congress seeks to impeach a president. Secrecy corrupts the process and delegitimizes governance. The common good is undermined, as order gives way to chaos.

Federal judges, including the justices on the high court, care deeply about precedent. They also respect and uphold basic rights guaranteed in our Constitution. Pelosi and Schiff couldn’t care less.

There is nothing more chaotic (and mysterious) than the current impeachment inquiry. Evidence of this is undeniably compelling. No one knows what’s going on behind closed doors. The select few who are present or have access to information have been threatened with eviction or an ethics investigation should they disclose to anyone what is happening.

Witnesses have been threatened with obstruction of justice if they refuse to appear in these secret proceedings. Some have reportedly been told that legal counsel is not allowed. As Democrats selectively leak damaging information, Republicans are prohibited from rebutting it. The minority party is also deprived of subpoena power and forbidden from calling witnesses of its own. This is an abuse of the process and an egregious deprivation of rights.

Much of this is compounded by the persistent confusion over what constitutes an official inquiry and which committee is really in charge. At first, it was Judiciary Chairman Jerrold Nadler who claimed he was presiding over a “formal impeachment proceeding.” Now, it seems that Schiff is doing the same. Has command been passed? Or are these now dueling inquiries?

No one seems to know, least of all Pelosi who feels no compulsion to inform the American people — who are understandably bewildered. Like a ship adrift, who’s the captain here?

In an effort to rationalize the abiding secrecy, Schiff suggested that his hearings are “analogous to a grand jury proceeding done out of public view.” This is disingenuous, at best. A grand jury is a neutral body. Schiff and his fellow Democrats who control the Intelligence Committee are the antithesis of neutral.

It now appears that Schiff played a pivotal role in orchestrating the initial whistleblower complaint that led to the impeachment hysteria and then lied about it. Suddenly, he doesn’t want this anonymous informant to testify since that would surely implicate Schiff’s own partisan machinations and deceptions. It might expose the “witch hunt.”

All of this could have been avoided if Pelosi had called for a full vote of House members to initiate an official impeachment inquiry and identified the controlling committee. If nothing more, it would have established basic rules of conduct and ensured some measure of fairness. Instead, she acted unilaterally and without any real authority beyond her gavel. Mistakenly embracing a monarchy, Pelosi has become the self-appointed Queen.

As Queens and Kings are wont to do, the business of ruling is conducted by fiat. In turn, “due process” rights of the ruled are erased as if they never existed. But they do exist in a democracy and are enshrined in our own Constitution which is being trampled on with impunity.

White House Counsel Pat Cipollone pointed this out to Pelosi and Schiff in his October 8 letter on behalf of President Trump. He correctly cited decisions by the U.S. Supreme Court in Watkins v. United States (1957) and Quinn v. United States (1955) in which the Justices ruled that the Bill of Rights and “due process” guarantees apply to congressional investigations. They have also been recognized as a requirement in impeachment proceedings. For support, Cipollone quoted the very words of Nadler who stated, “the power of impeachment… demands a rigorous level of due process.” Indeed, it does.

Yet, the present impeachment inquiry, however misguided or unfounded, bears no resemblance to the procedural guarantees of “due process” found in the Fifth Amendment and enunciated more specifically in Supreme Court decisions throughout the years. Past presidential impeachment inquiries were all authorized by a vote of the House and the protections of “due process” were, in each instance, scrupulously followed.

The latest Pelosi-Schiff “witch hunt” has abandoned all pretense of fairness. It is a venomous attempt to undo the 2016 presidential election and drive Trump from office by employing unconstitutional means.

Could the Supreme Court intervene based on “due process” violations? It is possible, but not likely. President Trump could file what’s called a “Petition For Writ Of Mandamus” asking the high court to direct Speaker Pelosi to hold an impeachment inquiry vote before the entire House. However, such a legal move is a considerable long shot. While mandamus petitions are intended to correct defects of justice, they often involve departments or agencies, not the legislature. Historically, the Supreme Court has been loath to involve itself in legislative-executive battles unless or until it is absolutely necessary.

President Trump should continue to resist this misbegotten impeachment inquiry. If, for example, Schiff is foolish enough to seek enforcement of a subpoena in federal court, issues of “due process” could then be presented.

Federal judges, including the justices on the high court, care deeply about precedent. They also respect and uphold basic rights guaranteed in our Constitution. Pelosi and Schiff couldn’t care less.