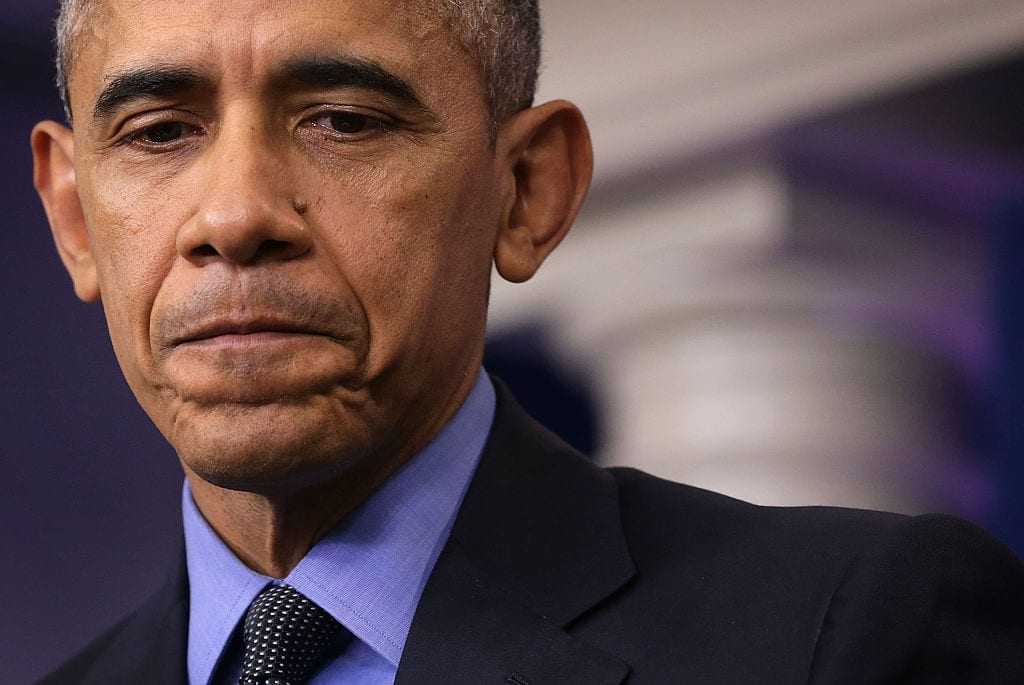 [otw_shortcode_dropcap label=”S” font=”Ultra” background_color_class=”otw-no-background” size=”large” border_color_class=”otw-no-border-color”][/otw_shortcode_dropcap]ince Wednesday marks two weeks since President Trump was acquitted on two articles of impeachment, Democrats’ amnesia is likely beginning to set in. Therefore, they will conveniently forget the charges of abuse they brought up against Trump and allege that what we have just learned Obama did during his administration was “A-OK.”

Harvard law professor and Trump impeachment defense attorney, Alan Dershowitz, just broke the news during a SiriusXM Patriot interview with Breitbart News that there is a pending lawsuit which unambiguously shows that “President Obama personally asked the FBI to investigate somebody on behalf of George Soros” the extreme leftist billionaire who was a “close ally of his” and large donor.

“President @BarackObama personally asked the @FBI to investigate somebody on behalf of #GeorgeSoros…” –@AlanDersh on @BreitbartNews Sunday with @joelpollak. For #dershowitz's full commentary on #WilliamBarr, #RogerStone, and the #Impeachment trial, go to @siriusxm OnDemand! pic.twitter.com/KM7szKoH3s

Although Dershowitz did not reveal who was targeted, he did insinuate the information would “come out” eventually. Particularly damning is that Dershowitz said he has in his possession “the actual 302 form which documents this issue and it will at the right time come out…but I’m not free to disclose it now because it’s a case that’s not yet been filed.”

Acknowledging it is not unlikely to see the White House influence the Department of Justice, “the difference is, this president is much more overt about it, he tweets about it.” Obama, however, “whispered to the Justice Department about it. And I don’t think these 1,000 former Justice Department officials would pass the shoe-on-the-other-foot test” said Dershowitz.

In this article:Barack Obama, FBI, news4