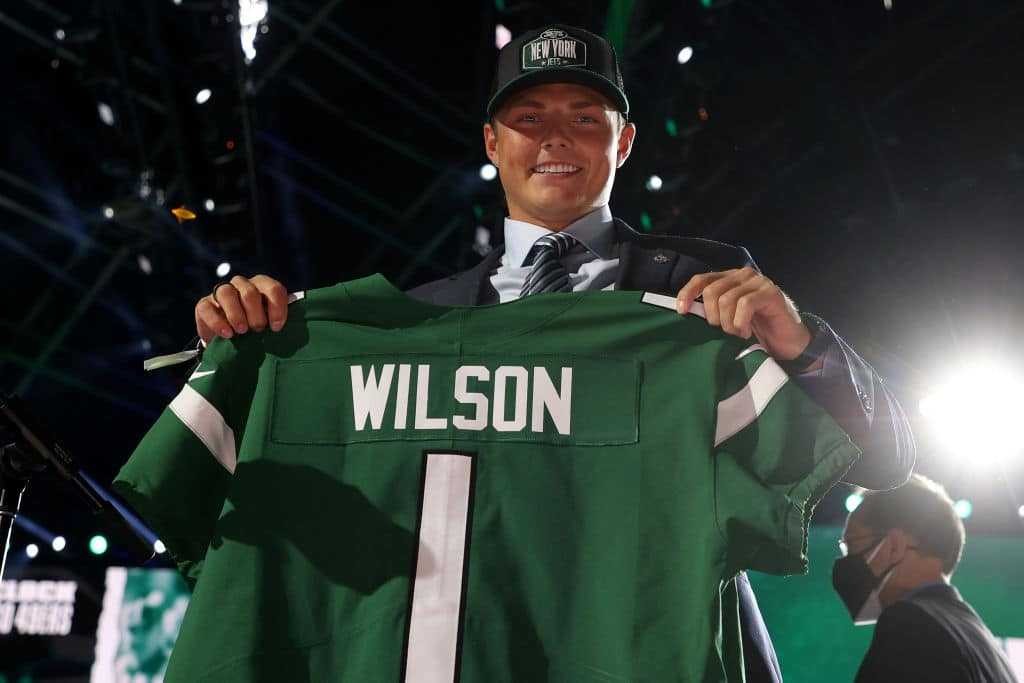 It’s a sad digital era we are in when the liberal tech police don’t just dole out repercussions for what one posts, but also for giving a little “thumbs up” icon. New York Jets quarterback Zach Wilson is the latest victim for “liking” i.e., the small thumbs up, on a tweet that was seemingly pro-Trump. Even worse, it was dug up from last year, only to be made an issue of now, because Wilson was the second overall pick in the 2021 NFL draft. Talk about left-wing hate.

Twitter account @RzstProgramming created “a viral thread highlighting that the dual-threat quarterback liked a tweet encouraging people to vote for the former President, a tweet that appeared to be against kneeling and a tweet calling for unity” reports the Daily Caller News Foundation.

In the continued vitriolic rant to demonize this young athlete, Resist Programming’s twitter account continued to post photos of Wilson at the draft, alongside additional tweets he had “liked.” Zach Wilson liked an anti-kneeling tweet criticizing the way some NFL players chose to protest police brutality. Zach Wilson believes kneeling athletes are dishonoring the country and flag. #NFLDraft.”

However, the tweet in question did not at all mention what @RzstProgramming claims it did. The original tweet showed a photo of player Derrick Henry with the caption “you mean you can honor his country/flag AND honor victims of police brutality? What a concept!!! Good for Derrick Henry.” For Resist Programming to say that means “Zach Wilson believes kneeling athletes are dishonoring the country and flag” is a prime example of how blinded by hate the left is.