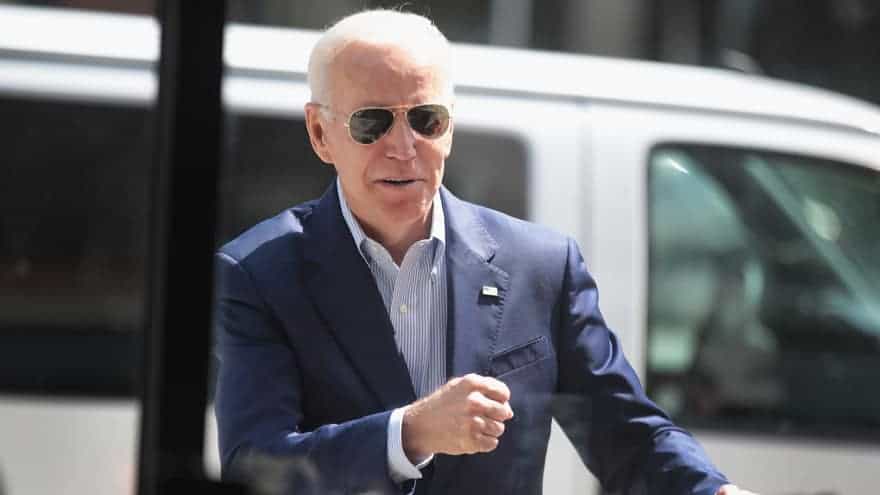 Prepare yourselves for hard-hitting journalism, folks. That’s what we are in for under a Biden administration with a mainstream media giddy with joy at Trump’s absence. Today, the media is sitting back, drinking a cold long-neck beer saying, “China? Where is that? Coronavirus? Heard of it.”

No one wants to talk about the boring stuff, Newsweek wants to know “How did Joe Biden relax during his first Presidents Day weekend as President?” Fret not, here is the answer: “by playing Mario Kart with his family.”

Want more details? You got it! “During his weekend retreat at Camp David, Biden and his granddaughter Naomi played the racing video game” reported Newsweek. Then what? We must know! “and he won.”

How nice that Joe Biden gets to remain the fun grandpa who relaxes with his grandkids while getting to have the very cool title of “President of the United States.” But alas, let’s not digress from this riveting Mario Kart reporting.

“Biden sat on the right as Luigi.” So cool. “and Naomi is Princess Peach on the left.” Amazing. Everyone loves a good comeback story, and that’s just what our new leader gave us. Through grit and perseverance, and “despite not being at the same gaming level as his granddaughter, the commander-in-chief came out victorious” reports Newsweek.

Biden is everything the Democrats hoped he would be; a winner. Even if it means beating his own grandchild at a video game. Certainly, his hunger for winning shall continue into the realm of national security and economic integrity.

Covering the story of the century does not go without a little humor. “Secret service made an exception and let him drive himself!!!!!’ Naomi joked on her Instagram Story, since the president is rarely allowed to drive for security reasons, as per CNBC” noted Newsweek. Luckily, all’s well that ends well. Grandpa was “a little rusty but he still won (barely),” added Naomi.

In this article:Joe Biden, Journalism, news3