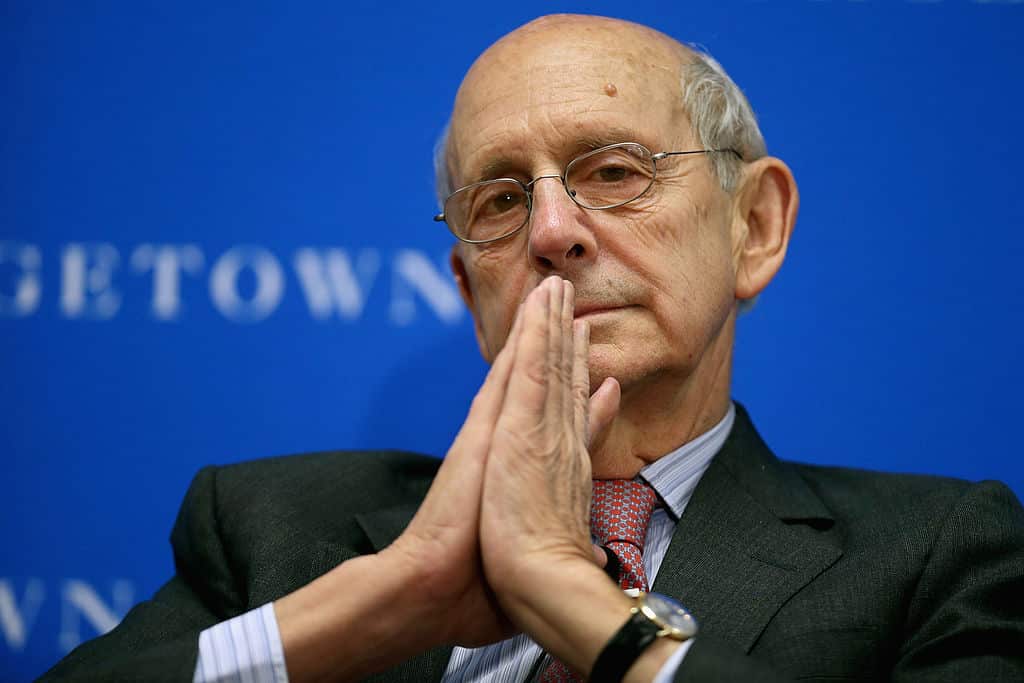 Liberals have been bullying the most senior liberal justice on the Supreme Court, Justice Stephen Breyer, to retire so they can replace him with a much younger, more progressive judge. Breyer will turn 83 in August and said Wednesday his newfound seniority on the Supreme Court has kept him from immediately retiring.

The Washington Examiner reports “the pressure campaign came after the death of Justice Ruth Bader Ginsburg prompted Republicans to confirm Justice Amy Coney Barrett just days before the 2020 presidential election.” Democrats fear the aging Justice could die while serving on the bench and leave a vacancy that Republicans can fill.

Sorry liberals, this Justice isn’t budging. When asked by CNN if he had decided when he will move on, Breyers responded, simply, “no.” What Breyer continued to say likely also has liberals’ heads exploding.

Breyer has said the environment and makeup of the Court is positive. “He has found a new appreciation for the judicial process, and that leading some discussions ‘has made a difference to me.” “It’s not a fight,” he said of the private conversations amongst justices.

“It is not sarcasm. It is deliberation” said the senior justice. Liberal court activists are fuming, and condemned Breyer’s decision as “selfish.” Chief counsel of Demand Justice, Christopher Kang, of the court reform group leading the effort against Breyer said, “Breyer is holding on because he enjoys his new power – exactly the kind of thing he should be called out for.”

This past term, Breyer wrote the majority opinion in several of the court’s major decisions. He took the lead in the court’s decision against Oracle in a decadelong copyright dispute with Google. Breyer also wrote the majority opinion in a decision upholding the Affordable Care Act. The case marked the third time the court saved Obamacare, which Breyer often maneuvered behind the scenes to preserve.

Until this year, Breyer served in the shadows of other liberal justices. Ginsburg was appointed to the bench in 1993, a year before him. She was the court’s senior liberal from 2010, following the retirement of Justice John Paul Stevens, until her death. Breyer made clear that his role was not one he’s not willing to give up so quickly.