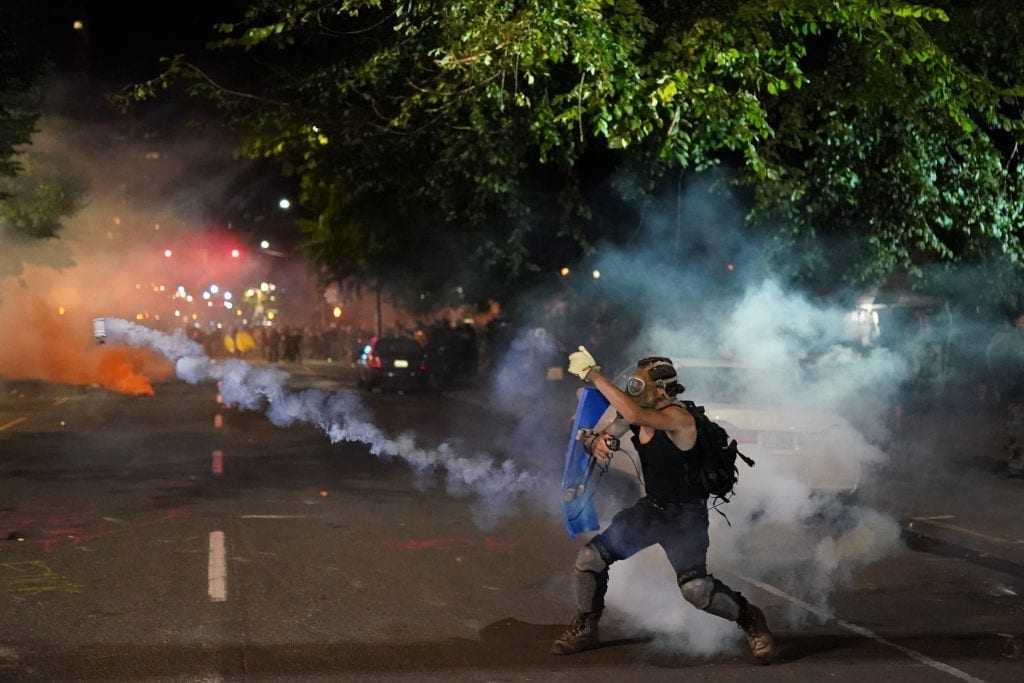 Just when you think progressive liberal groups have exhausted all forms to express outrage over, there’s more. They always find a way; there’s always a way. While celebrities want to use their powerful status with fame and money to get criminals out of jail, the American Civil Liberties Union (ACLU) found their own fight.

Protesters, rioters and looters in cities across the country have forced law enforcement and government agencies to combat their destructive behavior; at times, tear gas was used when the crowds grew aggressive. The Associated Press reports that according to the ACLU, “human health and the environment are suffering the consequences” of the chemicals used in the tear gas.

Unphased by the livelihood, businesses and even lives lost as a result of the activists, “five environmental groups represented by the ACLU of Oregon and others sued the Department of Homeland Security on Tuesday” reported the AP. In a federal lawsuit, the groups allege “the U.S. government violated federal environmental law by deploying ‘an unprecedented amount of dangerous chemical weapons’ without assessing their environmental impacts beforehand, as required by the National Environmental Policy Act.”

Oregon’s Department of Environmental Quality stated, “the repeated deployment of tear gas in downtown Portland has led to elevated levels of certain contaminants’ in stormwater drains.” Spokeswoman Susan Mills admitted the concentrations found in stormwater catch basins “are not likely high enough to cause immediate impacts to the environment.”

Environmentalists won’t let facts get in their way: “while pollutant levels that enter the Willamette River are thankfully low, the city is concerned about any and all additional pollution loads” said Environmental Services Director Mike Jordan.

Although the lawsuit is against the Department of Homeland Security, environmentalists are too vein to understand that they mention the real perpetrators (if any) causing harm to the environment. “Environmentalists, though, are troubled that the drainage systems around the federal courthouse and the Immigration and Customs Enforcement building – both sites of protests that have seen heavy tear gas use – channel stormwater directly into the Willamette” reported the AP.

“Both sites of protests” admit the environmentalists. If the tree huggers won’t tell violent protesters to stop for the good of humanity, civility and the economy, perhaps try the environment angle. Certainly, protesters will stop in their tracks to think about the contaminant levels in the stormwater.

In this article:ACLU, DHS, news4