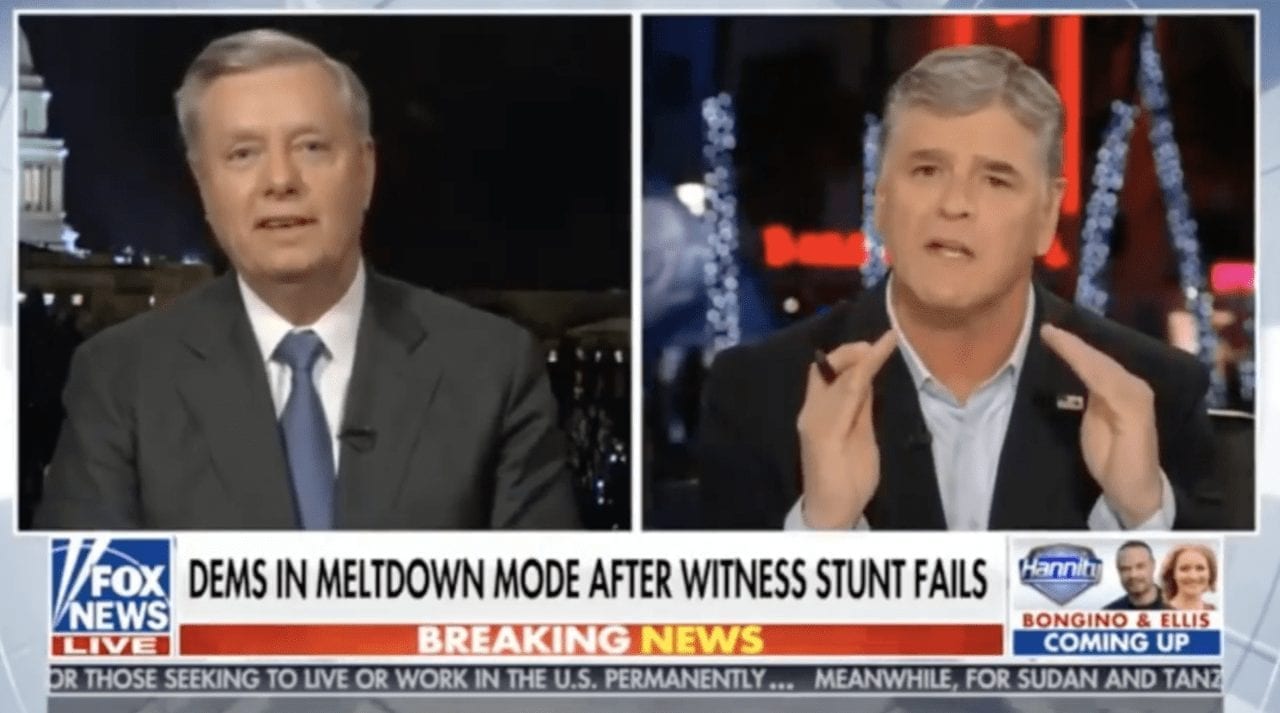 During an interview on “Hannity” on Fox News, Senator Lindsey Graham did not hold back explaining how he felt about the Democrats’ impeachment attempt against President Trump.

After Sean asked Graham why the Senate is waiting until Wednesday to have the final vote on acquittal or removal, the senator responded, “Mitch McConnell did a fabulous job. You have 100 people in the Senate, and you got to deal with them all. That was the best that he could do. They got a lot of ability to drag this thing out. Really forever. He negotiated Wednesday. I wish it would be sooner.”

Graham continued, “I went to the school of hard knocks. Do you know what I believe about all of this? It was a bunch of partisan bullsh*t in the House. It continued in the Senate. It’s gonna end Wednesday, the President’s gonna get acquitted. This is all gonna blow up in their face.”

Sean responded by saying, “You know what, I’m glad you said it…If I say it, I’m gonna have to deal with it at work… it is total BS.”

Maybe after Wednesday, the do-nothing Democrats can try to work for the American people and pass some real legislation.