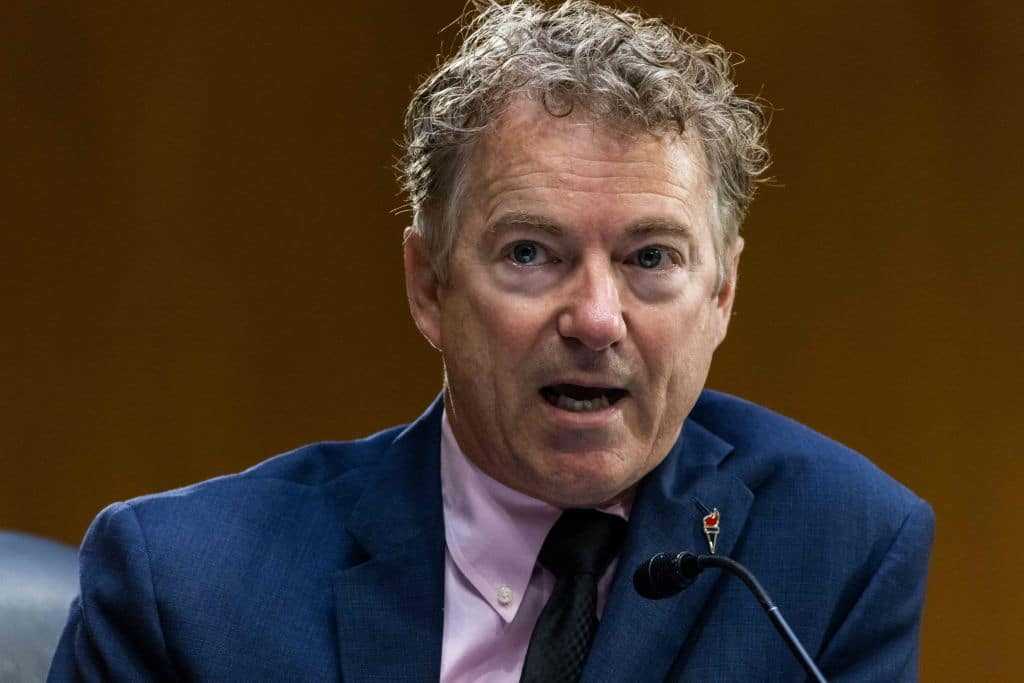 If only the U.S. Government were able to help the American people in time of a financial crisis such as Americans forced to stay home during a global pandemic, without further going into bankruptcy. Republican Senator Rand Paul of Kentucky shined light on the sobering reality as to why it cannot.

On Friday, Paul chastised both parties on the Senate floor for “squandering tax dollars to fund pseudoscientific ‘research” reports The Western Journal. Paul is a physician and used the examples to express his opposition to the $110 billion Endless Frontier Act. The act’s sponsor is Democratic Senate Majority Leader Chuck Schumer of New York who claims the passage will help the U.S. stay technologically ahead of its foreign rivals such as communist China.

Unfortunately, as Paul points out, there is very little reason to trust Schumer and leadership with so much money. As proof, Paul gave examples as to what American tax dollars are going towards; and it’s painfully embarrassing.

Money has gone to research projects including “cocaine and risky sex habits of quail” and walking lizards on treadmills. These are actual studies that the National Institutes of Health, the National Science Foundation and other federal agencies wasted money on last year.

How many Americans were helped, or better off in any way during the COVID-19 pandemic due to these projects? Frankly, has anyone anywhere ever been better off because of these studies? Perhaps only the researchers who received salaries to conduct these asinine games under the pretense of “research.”

Rand Paul tweeted about the study with the caption; “NIH Spent over $800,000 to study whether Japanese Quails are more Sexually promiscuous on cocaine. I think we could have simply polled the audience…and of course, found they are…”

A photograph accompanying the tweet read, “Cocaine and Risky Sex Habits of Quail, $874,503. What common sense suggests, science has confirmed over and over again; namely, that cocaine use is linked to increased risky sexual behavior…Just to be sure, however, one federal agency thought it should test the hypothesis on a new subject: Japanese Quail.”

Paul’s second tweet highlighting the insanity of studies refers to lizards. “Ever wonder why a lizard waddles when he walks? Well for one and a half million taxpayer dollars, NSF had lizards walk on a treadmill while taking x-rays of their joints – What did they discover? That they need more taxpayer money before they could conclude any answer.” The accompanying cartoon photo on this tweet of a lizard walking on a treadmill reads: “Lizards on a Treadmill $1,557,083. Walked lizards on a treadmill to try and figure out how their joints moved, but they couldn’t figure it out.”